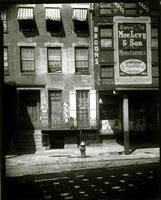 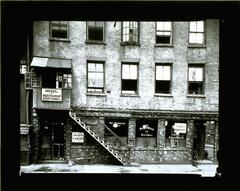 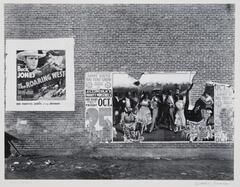 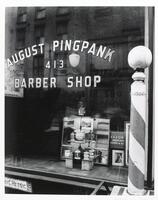 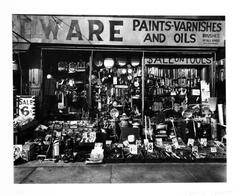 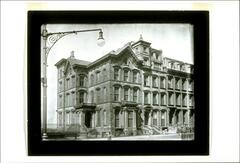 This portfolio allows students to investigate photographs of changing ideas of “the city” during the first half of the twentieth century. This is the moment when modernity becomes visible through skyscrapers and the everydayness of modern technologies like electricity, streetlights, streetcars, bicycles, automobiles, radio, and photography. This portfolio also reveals the interest of photographers in social issues: class differences, living conditions, and differing professions. 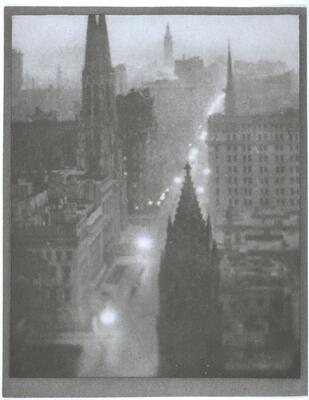 “The soft-focus that dominated pictorialism was employed by Coburn in this image looking down Fifth Avenue from the St. Regis Hotel. In the gathering gloom, the spires of St. Patrick’s Cathedral on the left and the tower of St. Thomas Episcopal Church at the right create an evocative atmosphere that belies the reality of New York in 1910. In his foreword to New York, H.G. Wells noted that this image of the city was his least favorite. He stated that he’d never seen New York look hazy and that Fifth Avenue, from the St. Regis represents the city in an uncharacteristically reflective mood. The towering energy of Wall Street is more in keeping with New York, but this elegiac view of Fifth Avenue may signal the disappearance of the city that would have been familiar to Henry James and Edith Wharton.”

Ann arbor and the university of michigan

Berlin in the first half of the twentieth century

Ann arbor and the university of michigan

Berlin in the first half of the twentieth century

Modernity and Modernism
See 34 Included Resources
Artists of the Bauhaus

Art of the Enlightenment Era

Technology and Modernity in Photography 1900-1948

Visual Forms of the Avant Garde - a survey

Technology and Modernity in Photography 1900-1948

MoMA: Rise of the Modern City
The Met: Early Documentary Photography
The Met: Cityscape
Huntingdon Library: A World of Strangers