From the Eiffel Tower, Paris 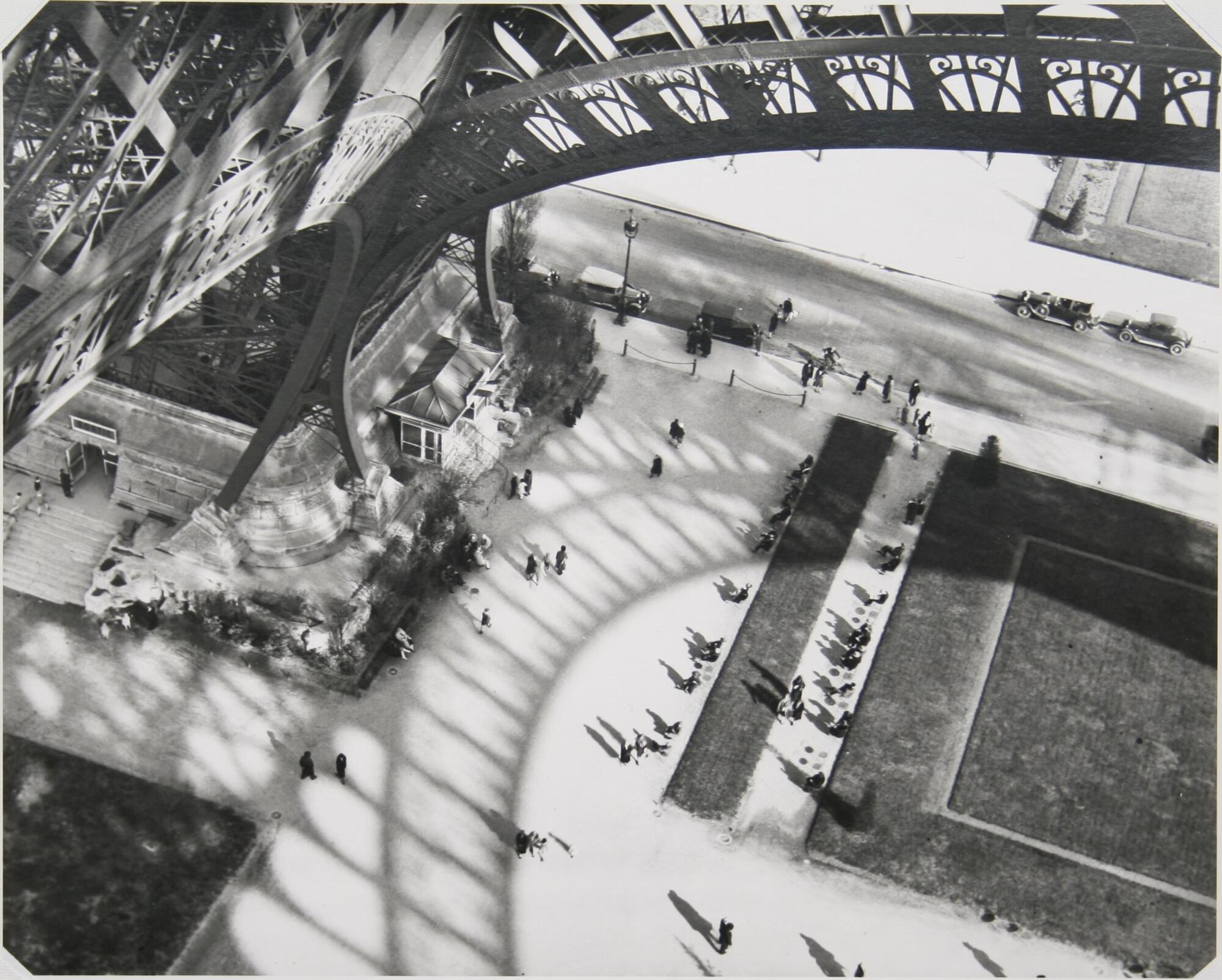 Title
From the Eiffel Tower, Paris

Subject matter
In stark contrast to traditional representations of the Eiffel Tower, André Kertész relegates the iconic Parisian symbol to the upper margins of his photograph where it serves as a framing device rather than primary subject matter. Offering the viewer only a teasing glimpse of the tower itself, Kertész instead situates the shadows cast by its wrought iron lattice work in the center of the image. This oblique, birds-eye view of the people that mill about beneath the structure is enabled by the photographer's elevated position within the structure itself, suggesting that the photograph is as much about the process of taking the picture, and the photographer's creative vision, as what is depicted.

Physical Description
A black and white photograph of the area beneath the Eiffel Tower. A shadow from an arch of the structure covers most of the ground. A crowd of people stand beneath the tower.