31 Items in this Learning Collection 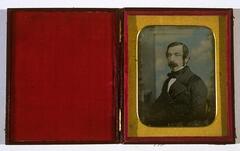 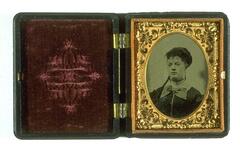 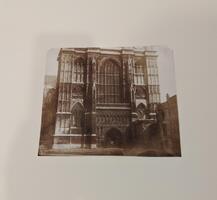 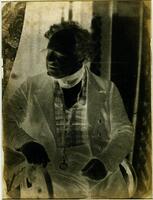 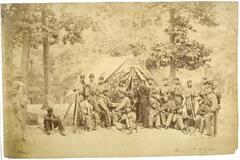 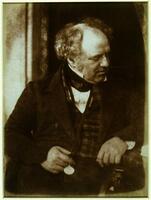 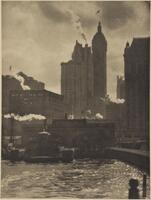 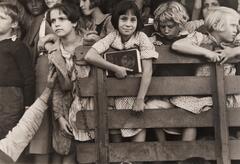 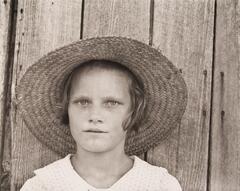 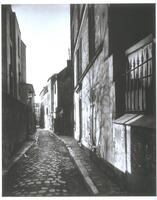 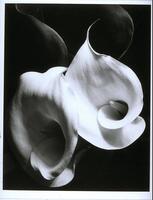 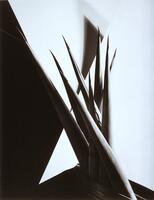 Collection Object
The Man from Papantla 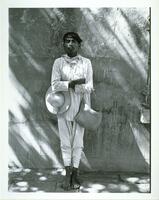 Label copy
In Men's Fashions, Atget provides an opportunity for viewers to see in front of and behind the camera simulatneously. In this oblique view of a Parisian shop window, reflections of trees and architecture along the Avenue des Gobelins blend with a stage storefront tableau of dapperly dressed mannequins. By framing the photograph this way, Atget creates an eerie scene in which the mannequins, their bodies fragmented by opaque reflections of the city street, appear animate within the shadowy interior of the shop. In Bar de Cabaret a mirror is similarly framed from an indirect angle, so that the interior and exterior of the bar seem to collide in the reflective surface.

Atget was one of the first photographers to emphasize such clever visual juxtapositions. He wandered the city taking in its strange visual delights, both with his eyes and his camera. This practice was in the tradition of the nineteenth-century Parisian figure of the flâneur, the "passionate spectator" of metropolitan life, immortalized by French poet Charles Baudelaire (1821-1867). The chance encounters apprehended through such invested looking later became the staple of both Surrealist and documentary photography.

Subject matter
This photograph of the interior of a cabaret in the twentieth arrondissement of Paris is taken from an angle that situates the bar in front of a winding staircase, creating a continuous arc from the lower right of the image to the upper center of the print. The mirror behind the bar offers a glimpse of the space behind the photographer, a trick well known from Manet's Bar at the Folies Bergère, which simultaneously doubles the number of windows and amount of light in the image. As in many of Atget's photographs, the space, lit by daylight, is eerily desolate of customers, concentrating attention on the formal qualities of the architecture and objects.

Physical Description
Photograph of the interior of a bar with a mirror and staircase behind.