In the Mountain Fastness 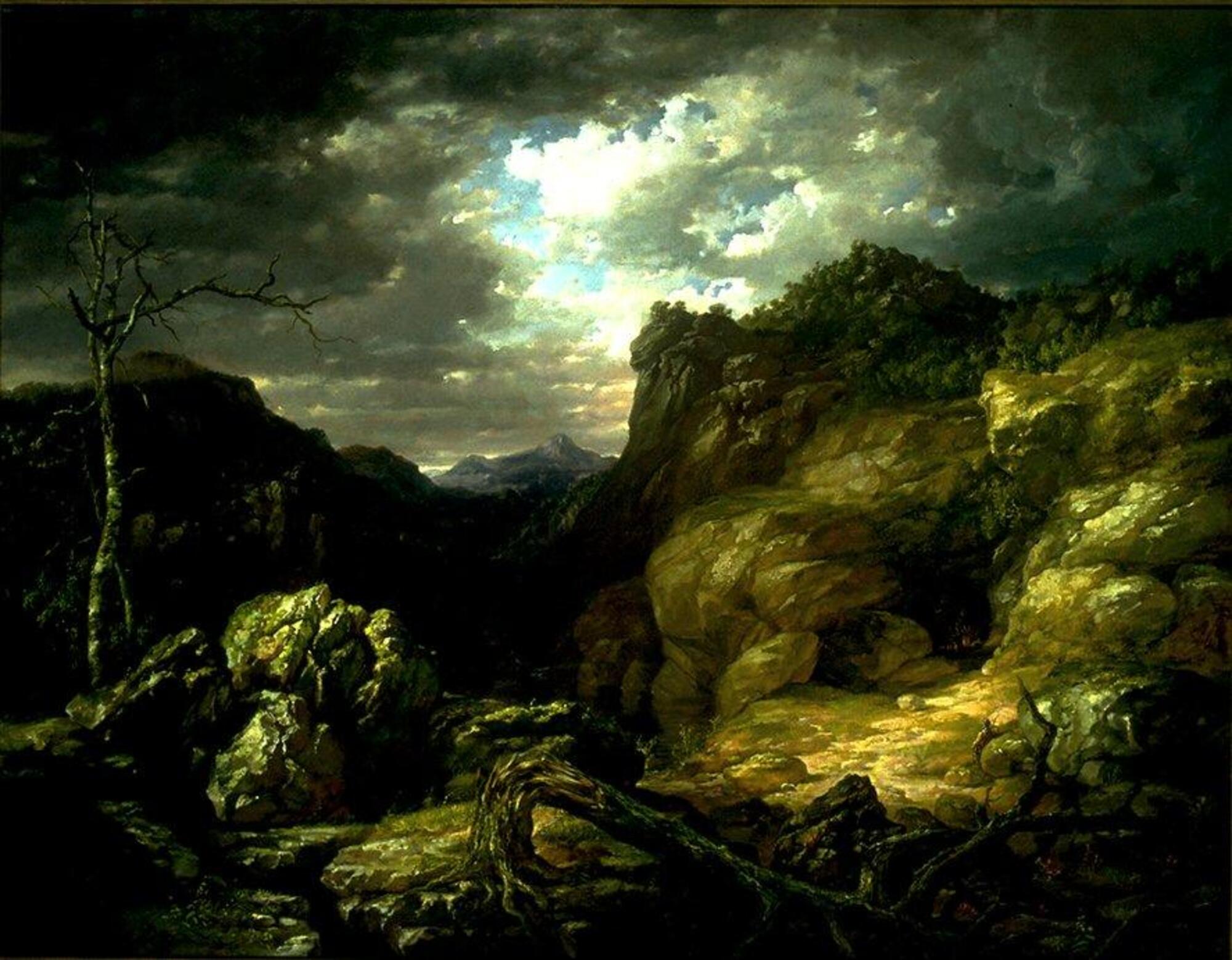 Title
In the Mountain Fastness

Label copy
March 28, 2009
In the mid-nineteenth century there was a strong alliance between art and religion. Clergymen, who were some of the most important art critics of the day, even advocated an “art of moral improvement,” necessitated, in the words of one, by the “materialism of the age, and the continuously increasing prosperity of the country, the absorbing pursuit of wealth, and accompanying love of vulgar displays of its acquisition.” In this period Huntington, an intensely religious man, is known to have painted several scenes from John Bunyan’s 1678 The Pilgrim’s Progress, including In the Mountain Fastness, whose title is derived from a line in the book. Bunyan’s Christian allegory was enjoying renewed popularity at the time and had inspired painters such as Thomas Cole and Frederic Edwin Church. Indeed it was so popular that a traveling panorama of its scenes was made based on the work of several prominent artists, including Huntington. In the Mountain Fastness, a departure from this painter’s usual figural work, is probably an imagined scene; it was not meant to be a faithful record of an actual location but a visual exercise in Christian principles. The rocky crags of the mountainous retreat represent the obstacles faced by the pilgrim as he struggles to find salvation and overcome temptation; the light breaking through the clouds alludes to the impending triumph and glory of Christianity.

Subject matter
“In the Mountain Fastness” is a dark, moody, idealized landscape painting whose title is derived from a line in the popular classic Protestant allegory “The Pilgrim’s Progress” by John Bunyan, a Christian writer and preacher. Huntington believed that art had a high moral purpose and was a medium of spiritual truth. This work reflects Huntington’s deeply held personal religious beliefs and celebrates the grandeur of God’s power and creation in nature.

Physical Description
Dark landscape set atop a rocky mountain with sparse vegetation. There is a small boulder in the left foreground space with a dead tree standing beside it; in the right foreground there is what appears to be a small cave. A dead and broken tree lies across the bottom of the picture frame. There are mountains in the distance and a dark stormy sky above with a break in the clouds near the center of the canvas that reveals a sunny blue sky.