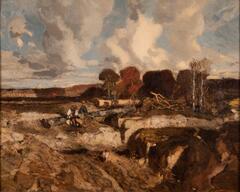 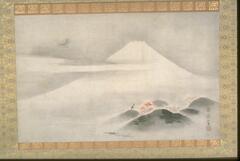 Collection Object
Boating on a River in Autumn 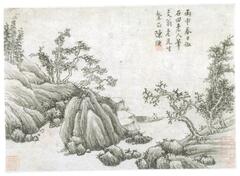 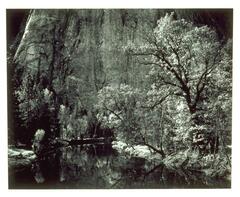 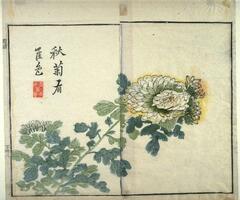 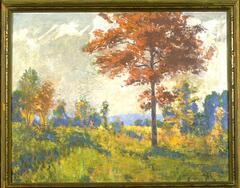 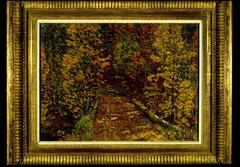 A Path through Autumn Woods

Title
A Path through Autumn Woods

Label copy
President's House object Summary
John J. Enneking was born in Minster, Ohio. Orphaned at fifteen, he went to llive with his aunt in Cincinnati. In 1864, after serving in the Union Army during the Civil War, he was severely wounded and discharged. Eventually he settled in Boston where he studied industrial drawing and lithography. After the failure of a tin-ware business, he went to Europe with his wife and two daughters. During the 1870s, Enneking studied painting in France with Leon Bonnat and Charles Daubigny. Enneking later returned to the U. S., settling in Bsoton's Hyde Park, and summering in the woods of Maine. He became one of New England's most popular and prominent landscape artists of the late ninetheenth century.
Although the geographical location of this painting is not nown, Enneking painted frequently in the White Mountains of Maine. This work is typical of Enneking's later landscpes: its darker palette reveals the influence of the Barbizon school, while the brushwork resembles that of an impressionist. The grandeur of Enneking's Europearn teaching is sublimated in a simple impressionistic approach, with an inviting path drawing the viewer into the glorious colors of a hardwood forest at summer's end. In a statement to The Boston Journal. Enneking said of his artistic philosophy, "I'm a disciple of the esthetic, the beauitful... Study nature, nature is truth."
(Katie Aldrich, Laura Zahodne)