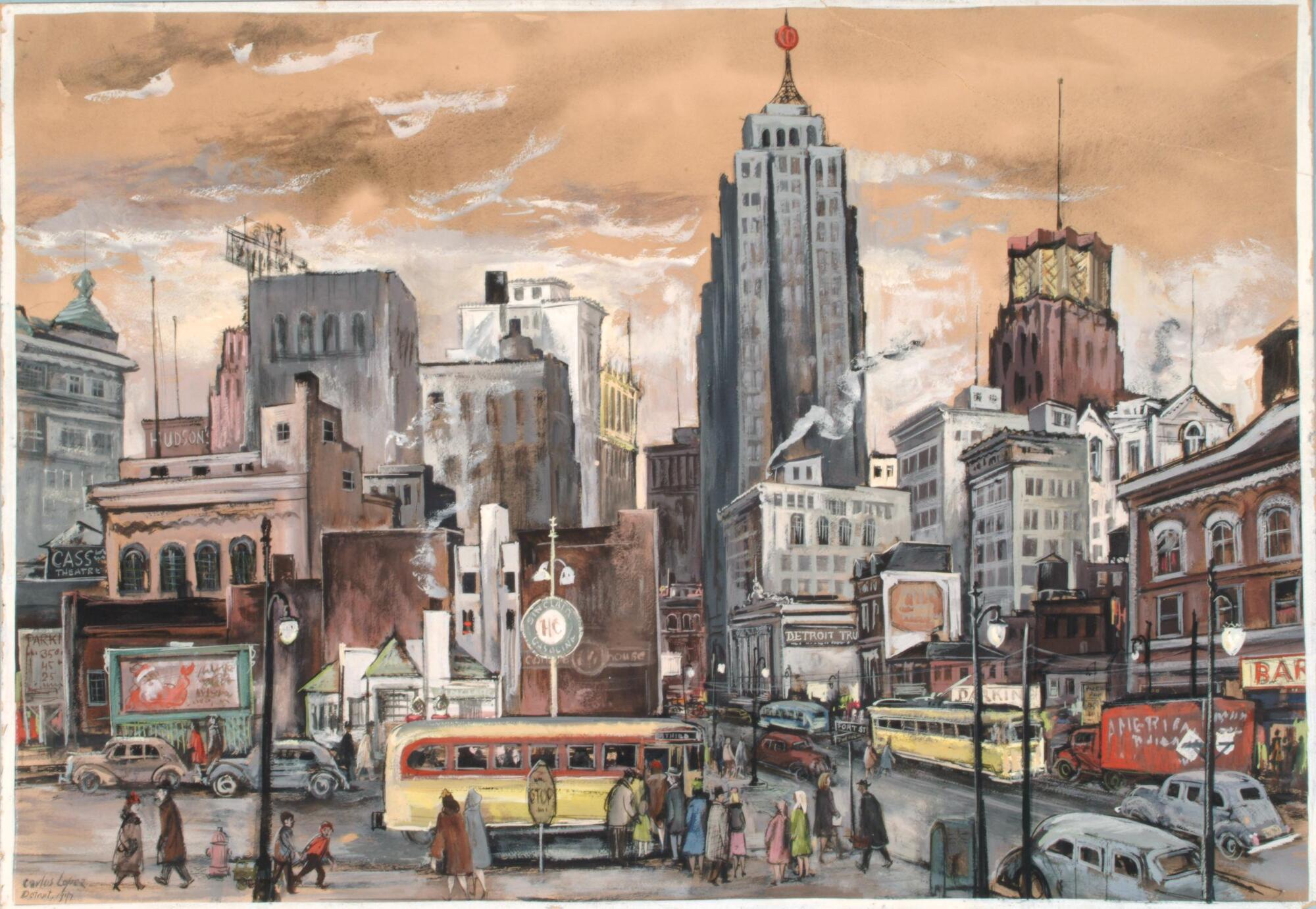 Subject matter
Lopez was a prominent artist in Southeastern Michigan throughout the 1930s and 1940s. He was born in Cuba to Spanish parents in 1908, shortly after moved to Spain and then to the United States around 1919. He did several murals and public works of art around the state and then began teaching art at the University of Michigan in 1945. It appears that his interest shifted from people and their social and working lives to landscapes and cityscapes around that time as he did another painting in a similar style of Ann Arbor in 1947, the same year this piece was done. This painting shows people on West Fort Street, possibly out holiday shopping since they are heavily bundled and there is a billboard with Santa Claus in the lower left corner, and the importance of transportation and the automotive industry in Detroit. To a viewer who remembered Detroit prior to the growth of the automotive industry, this painting would depict the urban expansion of the city and a period of prosperity.

The painting was done for a collection called, "Michigan on Canvas," a group of 95 paintings and sketches from 10 American artists that highlighted different areas in the state. The collection was commissioned by the J.L. Hudson Company in 1947.

Physical Description
Cityscape showing downtown Detroit against a reddish orange sky in 1947. Along the bottom edge of the painting, people wait to load a bus and several vehicles drive on a street perpendicular to them. Multiple buildings several stories tall line the background of the painting.

Rights
If you are interested in using an image for a publication, please visit http://umma.umich.edu/request-image for more information and to fill out the online Image Rights and Reproductions Request Form. Keywords
Detroit
buses
cityscapes (representations)
downtowns
modern and contemporary art
skylines
vehicles (transportation)
winter