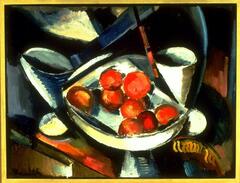 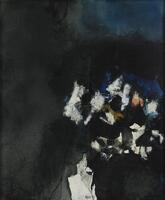 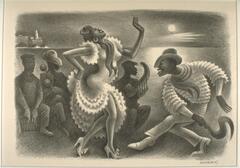 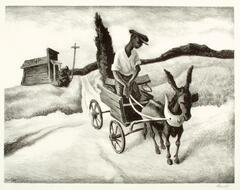 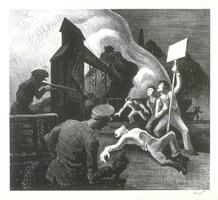 Collection Object
I Got A Gal On Sourwood Mountain 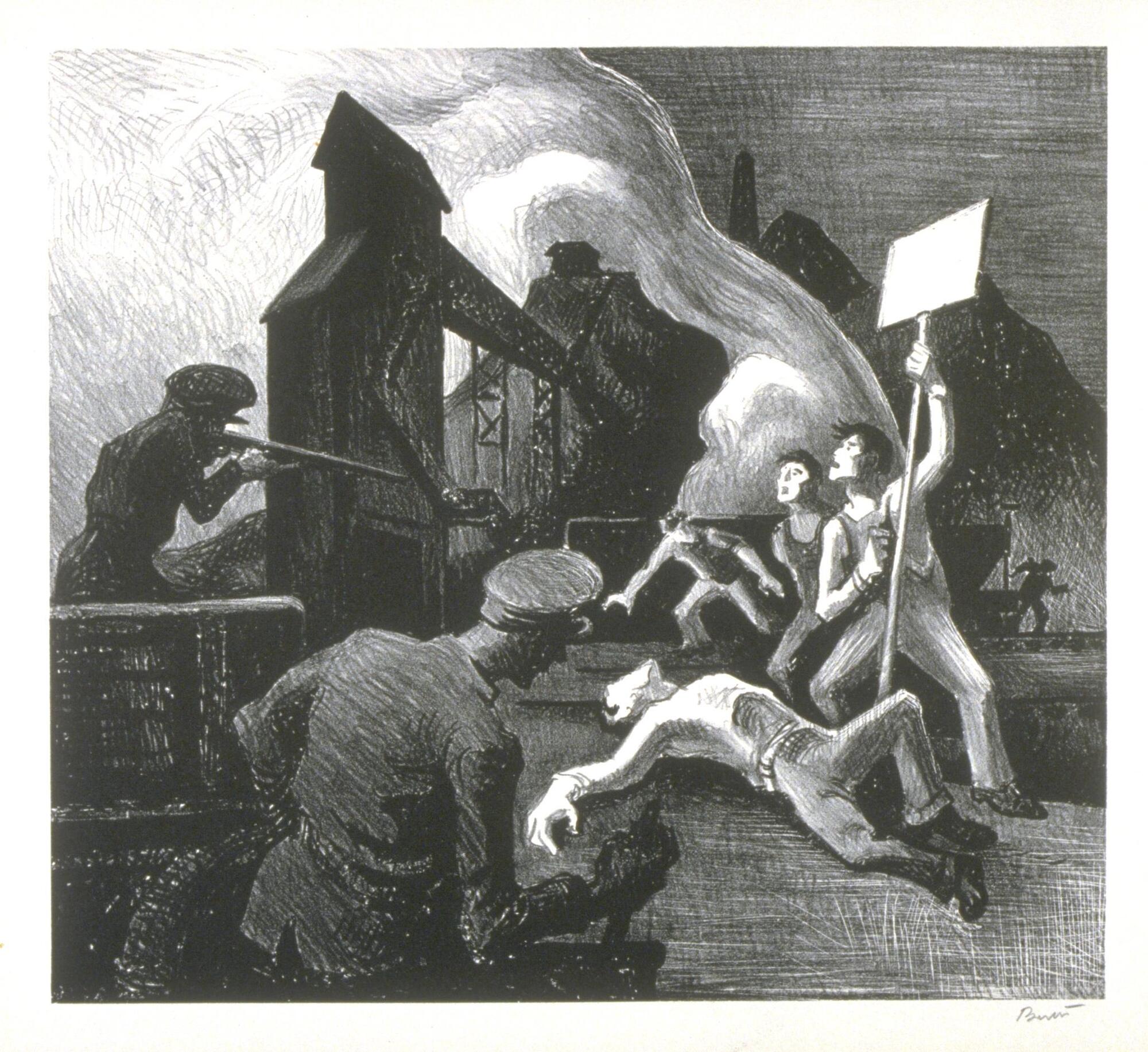 Subject matter
Thomas Hart Benton had an ambitious goal to create a historical series depicting life in America. In 1928 he traveled around the country, primarily in the South, Midwest, and Southwest, sketching scenes of American life. Benton states that this image is a reconstruction of a coal mine strike which was a common event in the late 1920s and early 1930s when he was traveling the nation for inspiration for his mural project. Given the date and image context, it is highly probable that this was inspired by Virgina coal miners strikes. The print shows two officers firing on strikers as they stand in front of the looming mining complex. The tall black tipple seems to extend menacing arms out toward the strikers. One of the strikers has been shot and has fallen to the ground while his fellow workers hold their ground. Prior to being made as a print, Mine Strike was an oil painting done in the same year. His idea for an American historical series of paintings was abandoned when he was asked to paint a mural for the New School for Social Research in 1930.

Physical Description
Two shadowed figures with weapons on the left face a group of four figures, in the light, on the right. Of the four, one is holding a sign and another is lying on the ground. Smoke from a fire billows in the background alongside industrial machinery.