Exhibition research for Detroit Institute of Arts exhibition of prints, drawings, and photographs, tentatively scheduled for 2019.

49 Items in this Learning Collection

Collection Object
How Small the World Is

Collection Object
Window to the Choir

Collection Object
Man at a Tree 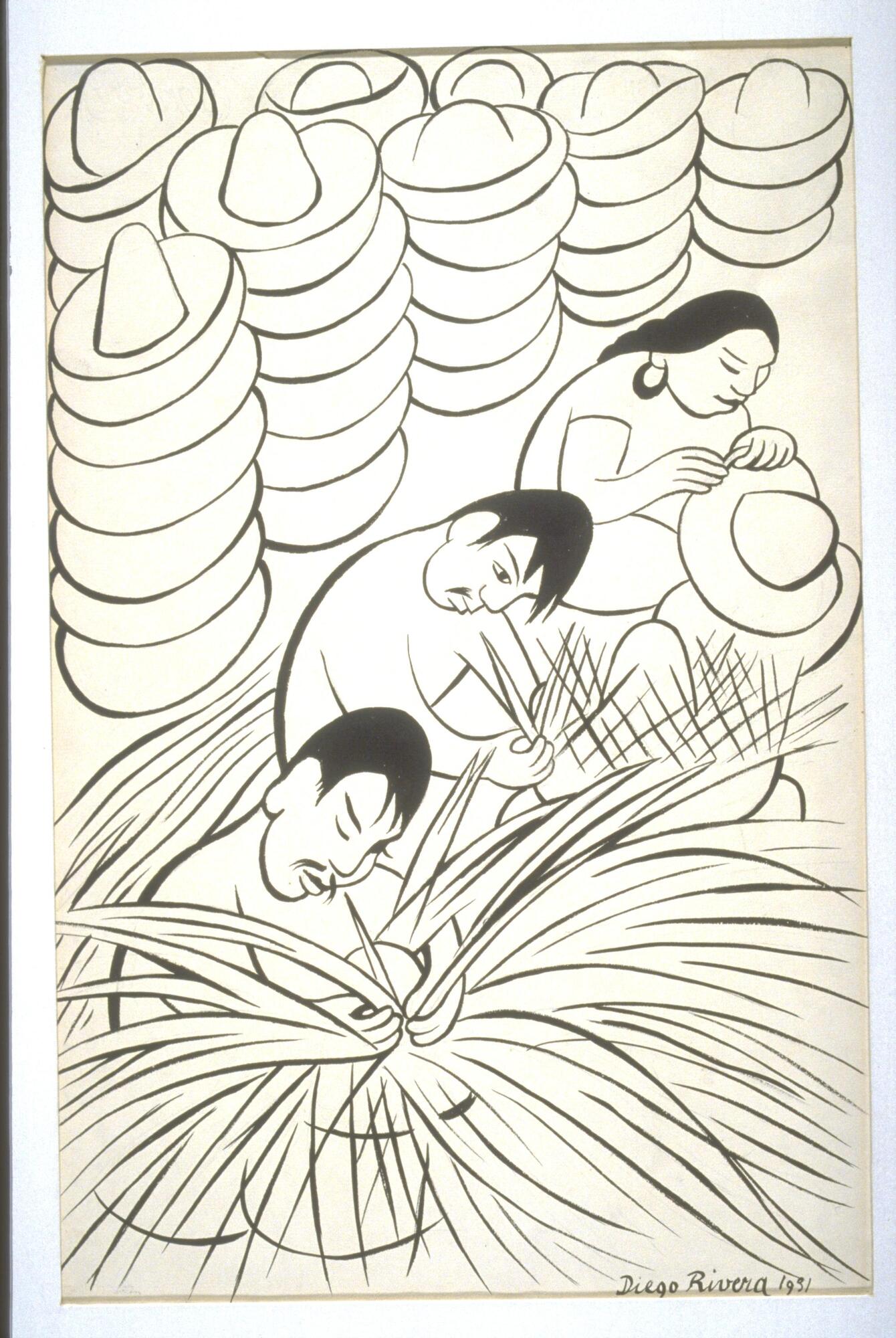 Subject matter
In Hat Makers, Diego Rivera combines two subjects that are important to his work, cultural traditionalism and industrial operations. He depicts three laborers sitting on the ground making straw hats by hand. Rivera often romanticized traditional culture and Mexican heritage and he greatly admired the industriousness. This drawing was made while he was in San Francisco making murals, shortly after leaving Mexico when the Communist Party was outlawed. Soon after this piece, he would travel to Detroit where he would create the Rivera Court murals at the Detroit Institute of Arts, 1932-1933, and paintings in support of autoworkers.

Physical Description
In this line drawing, three figures are seated on the ground, in a diagonal row, making hats out of grasses. The first has a large bundle of raw materials, the second appears to be weaving them, and the third, a woman, is holding a nearly finished hat. Behind them is a large pile of hats.