Explore child's labor in and out of the home

The “Children and Labor” collection highlights select works from the UMMA collection featuring children’s labor. It is only within recent history that commentaries about child labor and exploitation have shifted into politician, economic, social, and legal discourses. This shift in the ninetieth century coincided with the rise of depicting children in art – both at play and at work. Childhood fascinated western artists in the eighteenth century, with the first formal portraits of an individual child by French painter Jean Baptiste- Simeon Chardin. Prior to the eighteenth century, children and childhood were primarily depiction through the Christ child and the Madonna/child imagery. Even when children begin to appear in the sixteenth century in non-religious art, they were often presented as miniature adults. This stylization reflected western attitudes about childhood, children’s development, and children’s roles in society. These attitudes shifted in the eighteenth century with French philosopher, Jean- Jacques Rousseau arguing that children should be understood and treated as autonomous beings. The conceptual shift of children and childhood corresponded with the rising 19th century middle and bourgeoisie class that frequently commissioned family portraits to signal their wealth and fissionability.

Within the professional art world, the Impressionists brought children in art to the forefront through their rejection of official salon and traditional historical, religious, and mythological subject matter. Children and child’s play became the focus for Impressionists due to their interest in capturing the everyday and intimate. In particular women arts like Mary Cassett and Bethe Moisette focused on children due to regulation of artistic and public spaces for women in the late 19th century. The impressionist stylization of quick brushstrokes and less formal design paired with their interest in focusing on children and play.  This look at children and children’s play as uninhibited and pure continued to gain favor with avent garde artists in the early 20th century before becoming a stable in art subjects.

The joy and innocence of children that captured the impressionists and 20th century imagination, also provided a sharp contrast for artists to explore the exploitation of children. This collection features photographs, prints, and paintings depicting children’s labor from the industrial factories to small farms to the domestic spheres.  Many of these images Luther- 16 yrs. Old. Right arm was cut off by a running saw in a box factory. Now attending school by photographer Lewis W. Hine and James Whistler’s Rag pickers, Quartier Mouffetart, Paris explicitly comment on child labor in the industrial world. While other images like, Bernard Schardt’s Girl Sewing speaks to domestic and gender labor expected by children to maintain the household. The domestic labor images present a more complicated and nuanced interpretation then the explicitly activist images of the industrial factory and urban poverty.  For some domestic labor subjects like Alma Davenport’s Boy and Chicken presents children’s joy and accomplishment with their work while others like Camille Pissarro’s Young Girl Knitting presents an ambiguous relationship to her labor.

Gender, gendered labor, and gendered representation create another subdivision within in this collection. In many cases women and girl’s domestic labor is often romanticized like Alessandro Mastro-Valerio’s Peasant Girls, or Lucas Van Leyden’s The Milkmaid suggesting utopian purity and innocence.  Other artist employs feminine cultural interpretations of purity and innocence to heighten the political and emotional appeal like John Whistler’s The Beggars, One of the ‘Twelve Etchings,’ or the First Venice Set. This romantization of agricultural labor was part as continuation of the past and natural juxtaposed to the urban factories.

Throughout this outline of children’s labor, clear racial lines particularly in the United States is not apparent. Few images in this collection depict children of color laboring. This is partially due to the limitations of the UMMA collection, but also due to historic beliefs on racialized labor. Capturing and resisting joy and innocent was a central trait for white western artists. However, the same sense of innocence and joy did not extend to children of color, particularly in the segregated United States. Children of color’s labor was erased since artists could not employ it to elicit sympathy nor to heighten emotional appeals. 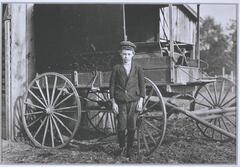 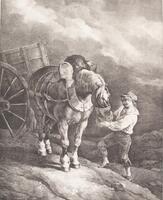 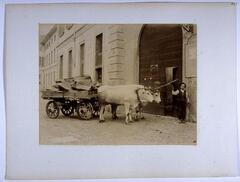 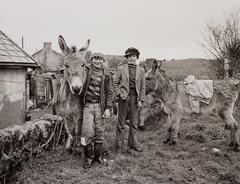 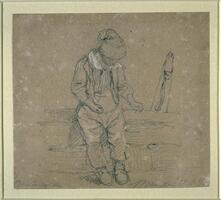 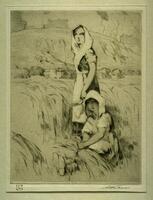 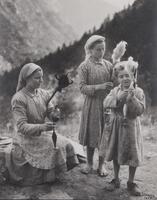 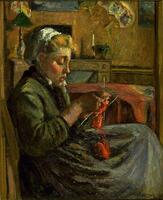 Lucy Kathryn Smith
Other Resources by this Author