Architectural ceiling boss with four faces, probably from the Church of St. Andrew at Cullompton 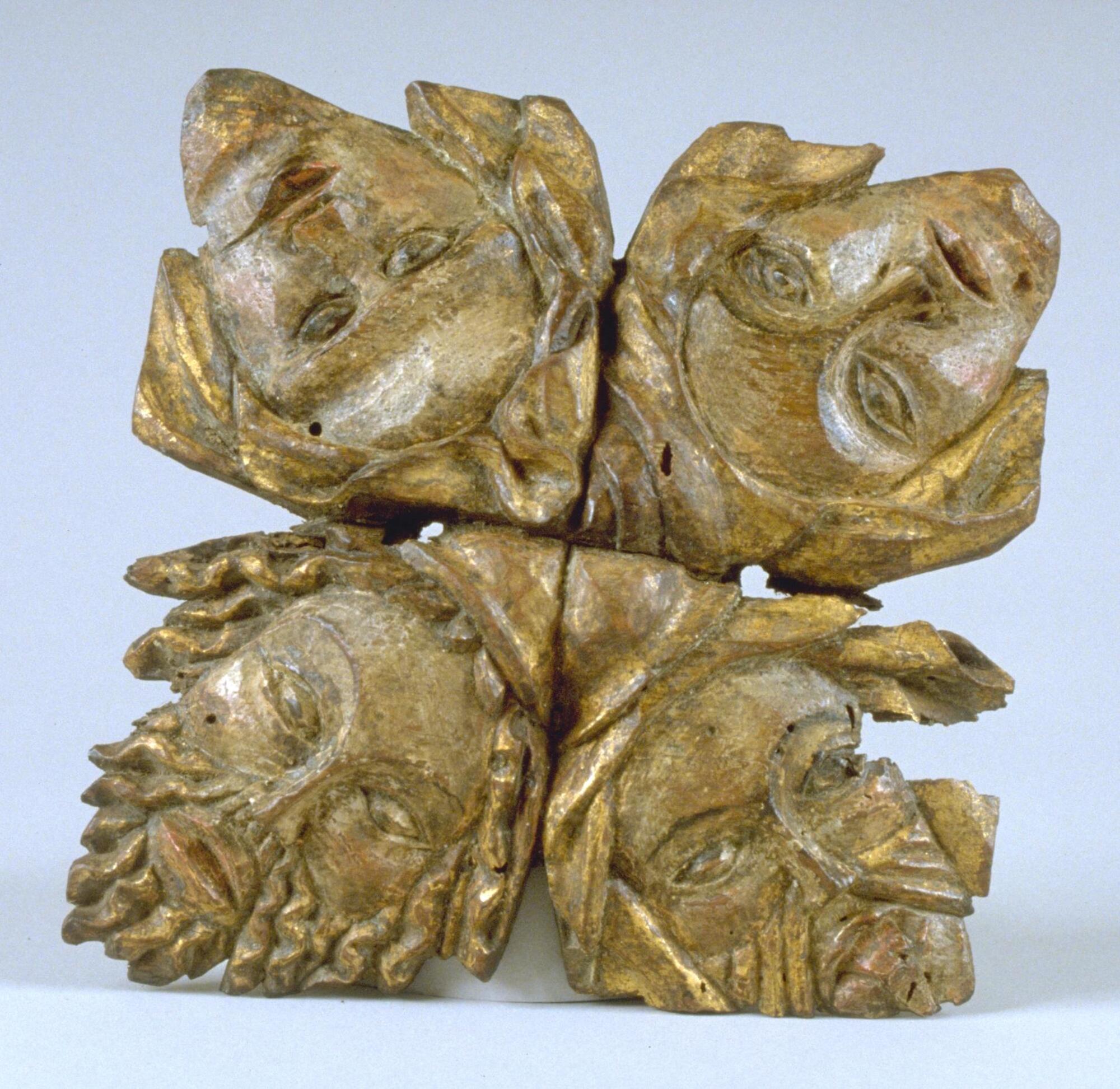 Title
Architectural ceiling boss with four faces, probably from the Church of St. Andrew at Cullompton

Label copy
March 28, 2009
Ceiling bosses are ornamental projections at the intersections of ribs in a vault or ceiling, and they are common decorations in Gothic architecture. Examples can be found in the entryways of the Neo-Gothic buildings of the Law School across South University Street. The pair of bosses displayed here possibly came from the parish church of Saint Andrew of Cullompton in Devonshire, England, built in 1430. One boss depicts a pair of rampant dragons with open wings and flared tails flanking a vegetal form, while the other represents four faces, two male and two female, arranged in a circular pattern. The symmetry of these designs would have reflected the geometric order of the church’s interior, which boasts elaborate wooden ceilings decorated with hundreds of bosses.

Subject matter
This architectural boss decorated with four faces was originally placed in the crown of a ceiling vault at the point where the ribs of the vault met. The arrangement of the four faces would have reinforced the expansive radial pattern formed by the ribs while the boss itself would have simultaneously emphasized the center of the vault.

Physical Description
This ceiling boss features four faces with traces of paint that are arranged in a radial pattern with the crowns of their heads converging on a single, central point. Two of the faces are female, identifiable by the wimples worn on their heads, while the other two, wearing small pointed caps and sporting beards, are male. The symmetrical regularity of the piece is counterbalanced by subtle asymmetries introduced by differences in detail and the sequence of facial types.