Prayer Book of Service for the Dead, manuscript page 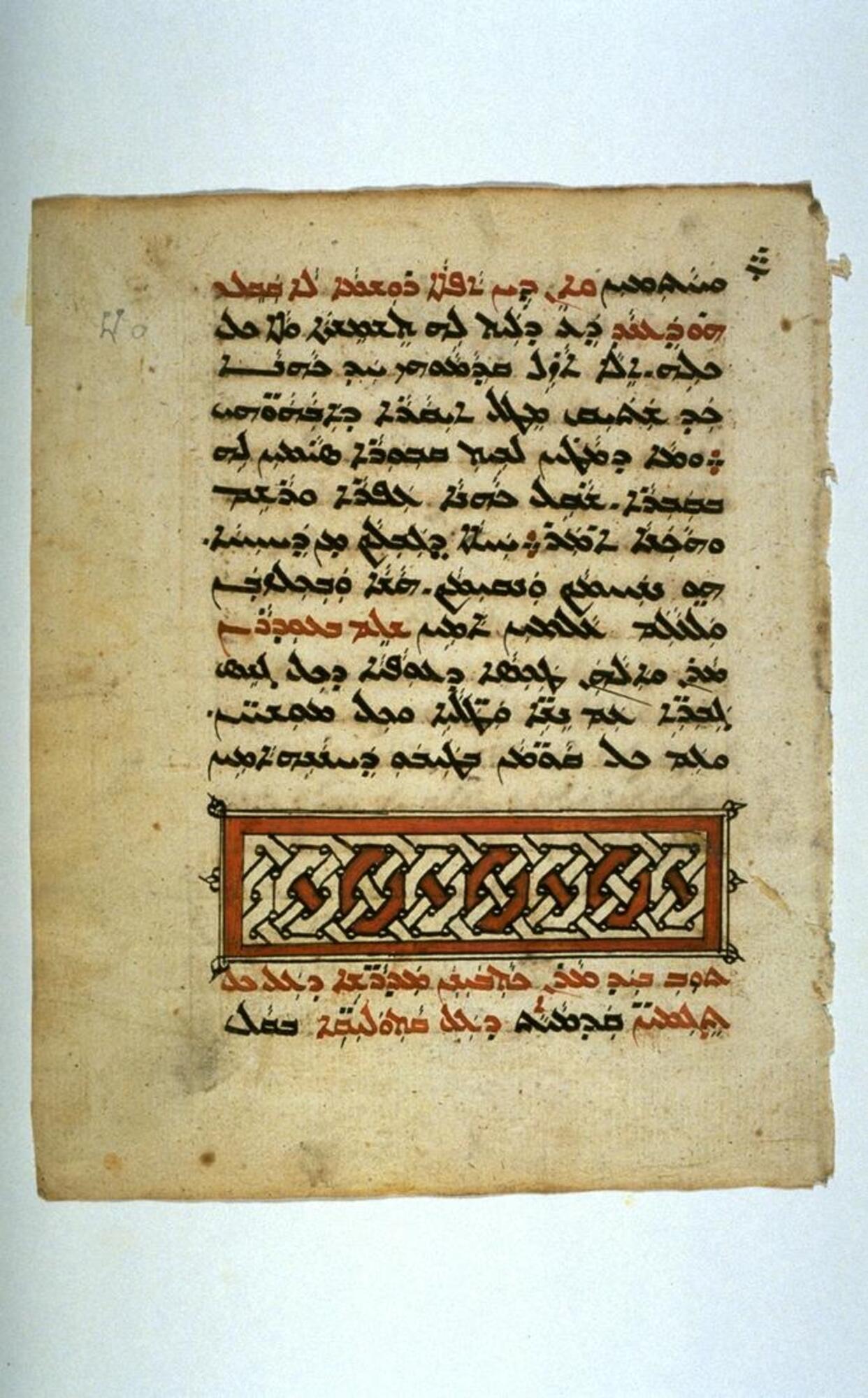 Title
Prayer Book of Service for the Dead, manuscript page

Credit Line
Gift of Mr. and Mrs. Milton B. Freudenheim in memory of Otto F. Ege

Label copy
Syriac is a later variant of Aramaic, gradually emerging in the post-Biblical period as the language and script of eastern Christian communities. Syriac is still spoken in small pockets in Syria and northern Iraq, and the script continues to be used in the Syrian Orthodox church. Read from right to left, like Arabic and Hebrew, this particular Syriac script bears general resemblance to both Kufic and early Hebrew writing.
Yasser Tabbaa, Guest Curator, ‘Art of the Written Word,” 1/15–6/5/2005