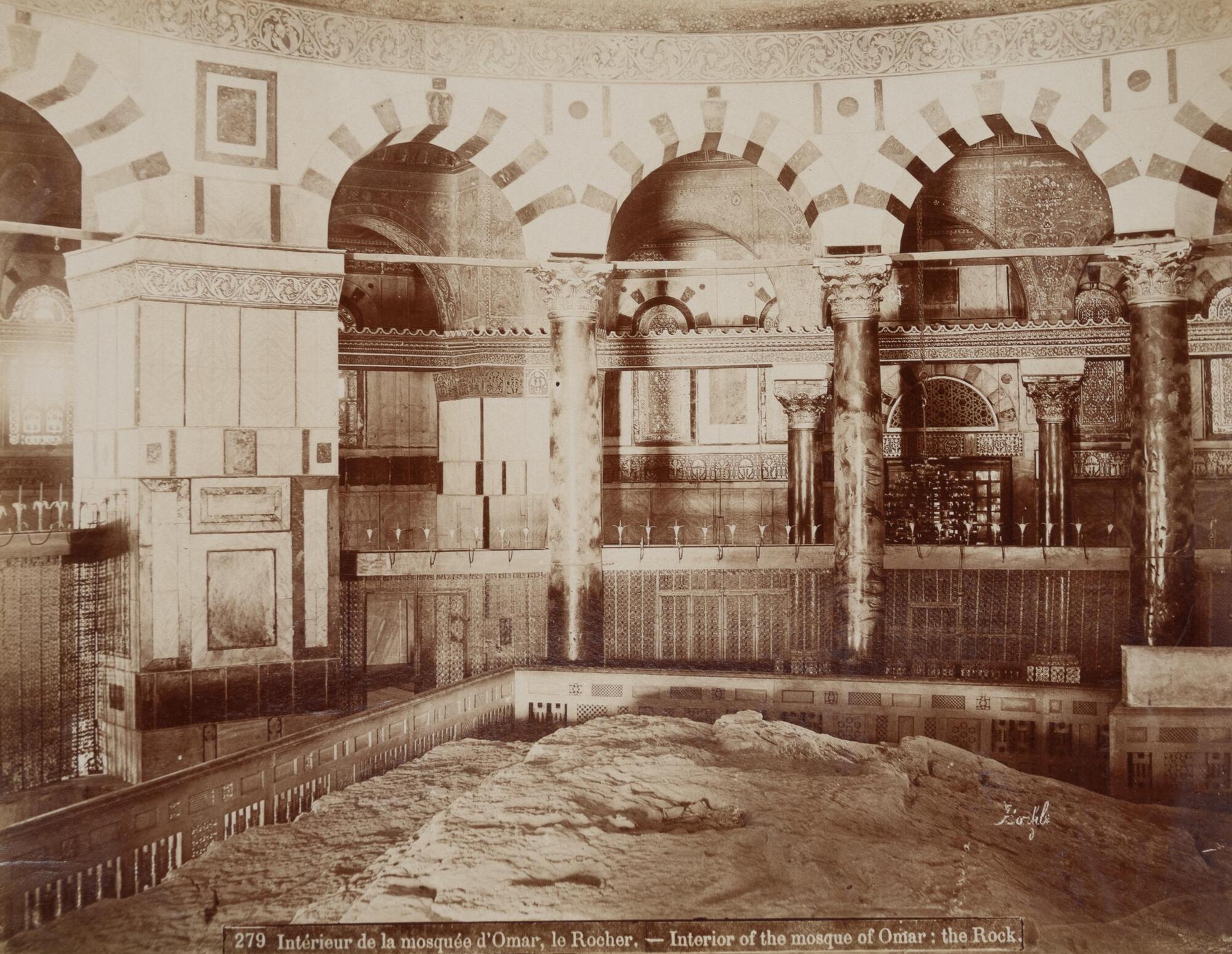 Subject matter
This photograph shows the interior of the Dome of the Rock in Jerusalem, a site which has significance in Judaic, Christian, and Islamic religious traditions. Light pours in from behind the camera, as though from an open door or a bright lantern. The multicolored marble throughout, including the alternating voussoirs in the arches, as well as the repetition of intricate foliate motifs, point to the building’s Umayyad origins. The stone slab, after which the building takes its name, fills the foreground of the image; the rough surface of this slab contrasts with the smoothly cut precious stones that compose much of the surrounding interior decoration. The image focuses, in fact, on the architectural features of the building, which are presented here like a complex, overlapping grid of vertical and horizontal lines. This image is one of hundreds of photographs made throughout Bonfils' career which purport to document various landscapes, cityscapes, and people of the eastern Mediterranean.

Physical Description
Interior view of a chamber surrounded by a polygonal arcade. The lower register of the photograph shows a large, roughly hewn stone slab.