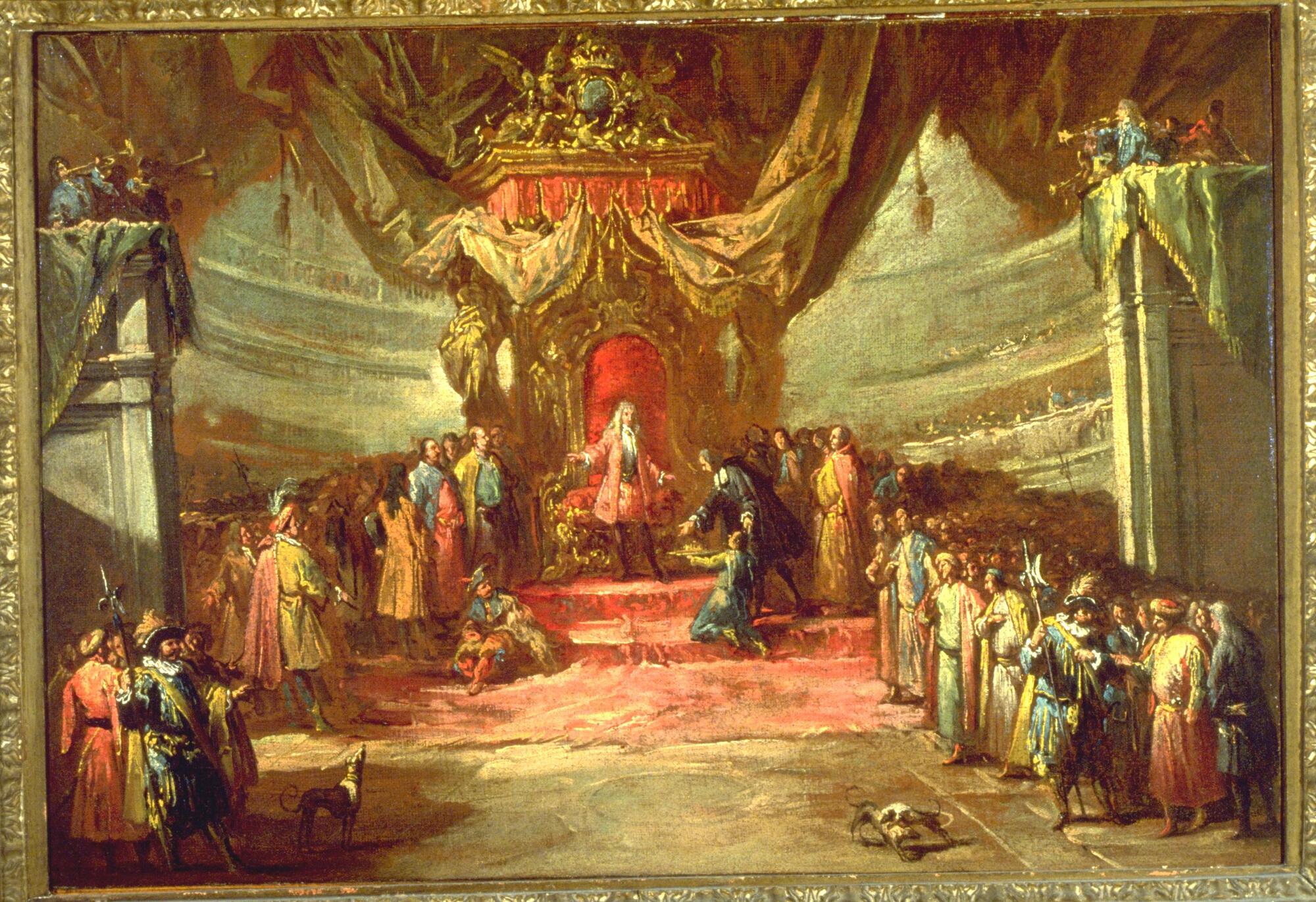 Label copy
In 1713, the highly sought-after Venetian history painter Antonio Pellegrini and his wife were invited by the Elector Palatine Johann Wilhem von der Pfalz to stay at Schloss Benberg, the country seat of Düsseldorf. During his residence (1713–1714), the Elector Palatine commissioned Pellegrini to furnish the decoration for the North staircase in addition to many of the ceilings on the main floor of the castle. Before such large-scale ceiling paintings could be carried out, however, artists customarily provided patrons with a painted model, such as this oil sketch depicting a grand imperial ceremony. "The Elector Palatine Johann Wilhelm von der Pfalz being offered the Crown of Armenia" was intended for the decoration of the audience chamber, as a pendant or companion piece to the "Marriage of Johann Wilhelm and Maria Anna Josefa of Austria" by Antonia Bellucci. Both works, as their titles attest, would have functioned to reaffirm the Elector Palatine’s imperial connections.
(C. McNamara, 18th-19th Century Gallery installation, early 1999)