The Triumph of the Four Elements 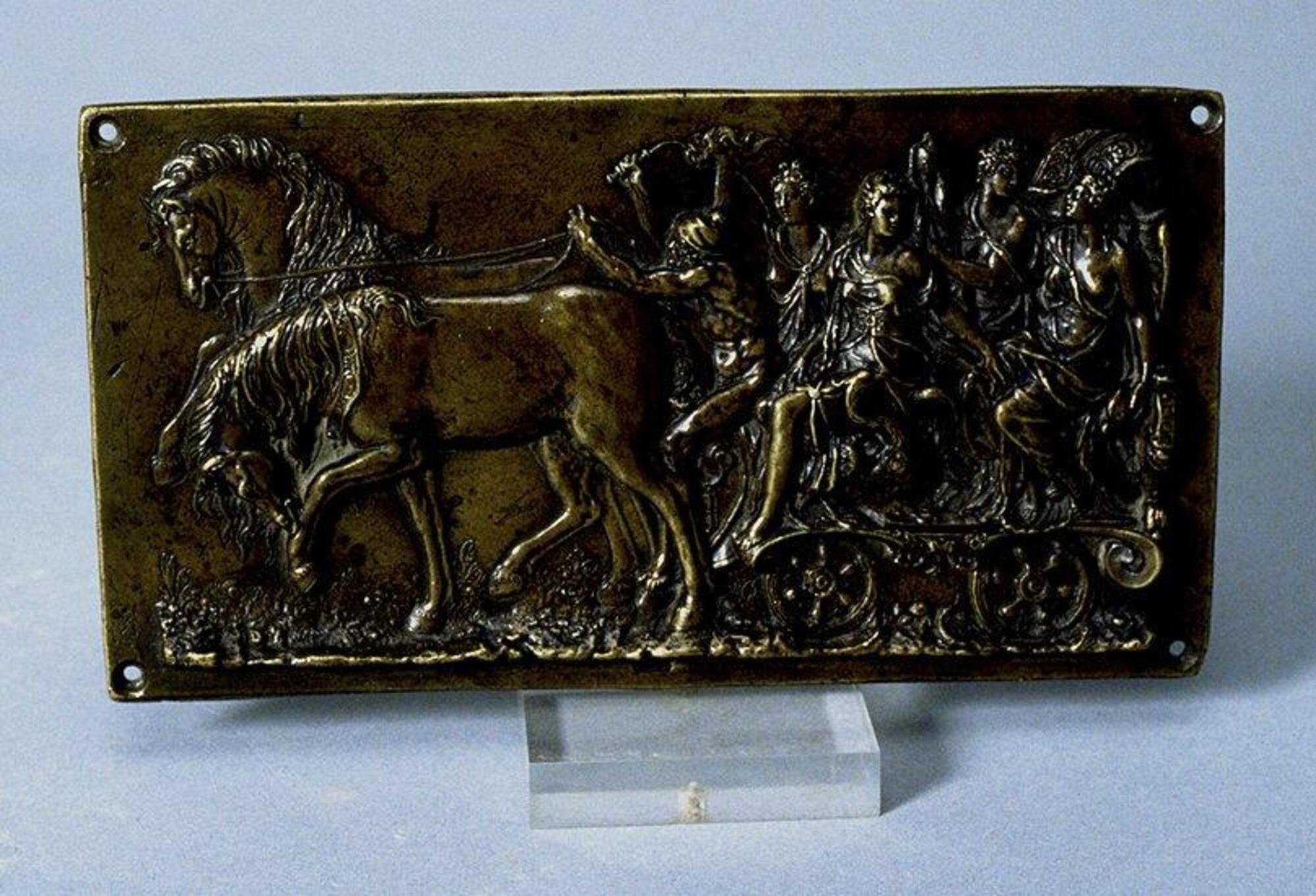 Title
The Triumph of the Four Elements

Label copy
March 28, 2009
On this plaquette, Time, represented by an elderly man with an hourglass, drives a horse-drawn wagon carrying female personifications of the Four Elements. Behind him, Fire holds an open flame, followed by Air with a bird, Earth with a rocky promontory, and Water.
The color of the plaquette, and that of the example by Jacob Cobaert or the papal medals also on display, was determined less upon differences in the metal alloy used for each piece than in the patina that was applied. Italian artists, appealing to the tastes of collectors, usually applied varnishes or oils to a bronze after it was cast to produce a rich, dark sheen that was associated with ancient Roman bronzes. In Germany, where the preference for dark patinas was less pronounced, artists often applied a lighter patina, which allowed the color of the metal to shine through.

Subject matter
This plaque depicts the Four Seasons, personified here by four female figures, riding in triumph on a horse-drawn wagon. This plaque would have originally embellished a box, lampstand, or some other small household object and would have provided it with a patina of humanist erudition

Physical Description
Two horses pull a wagon carrying four female passengers in this small bronze plaque. The driver, a seated nude male with a cap takes the reins in his left hand and raises a whip in his right. Behind him sit two pairs of taller female figures, each wearing a long flowing mantle.