Serpent Speaking to a Young Man 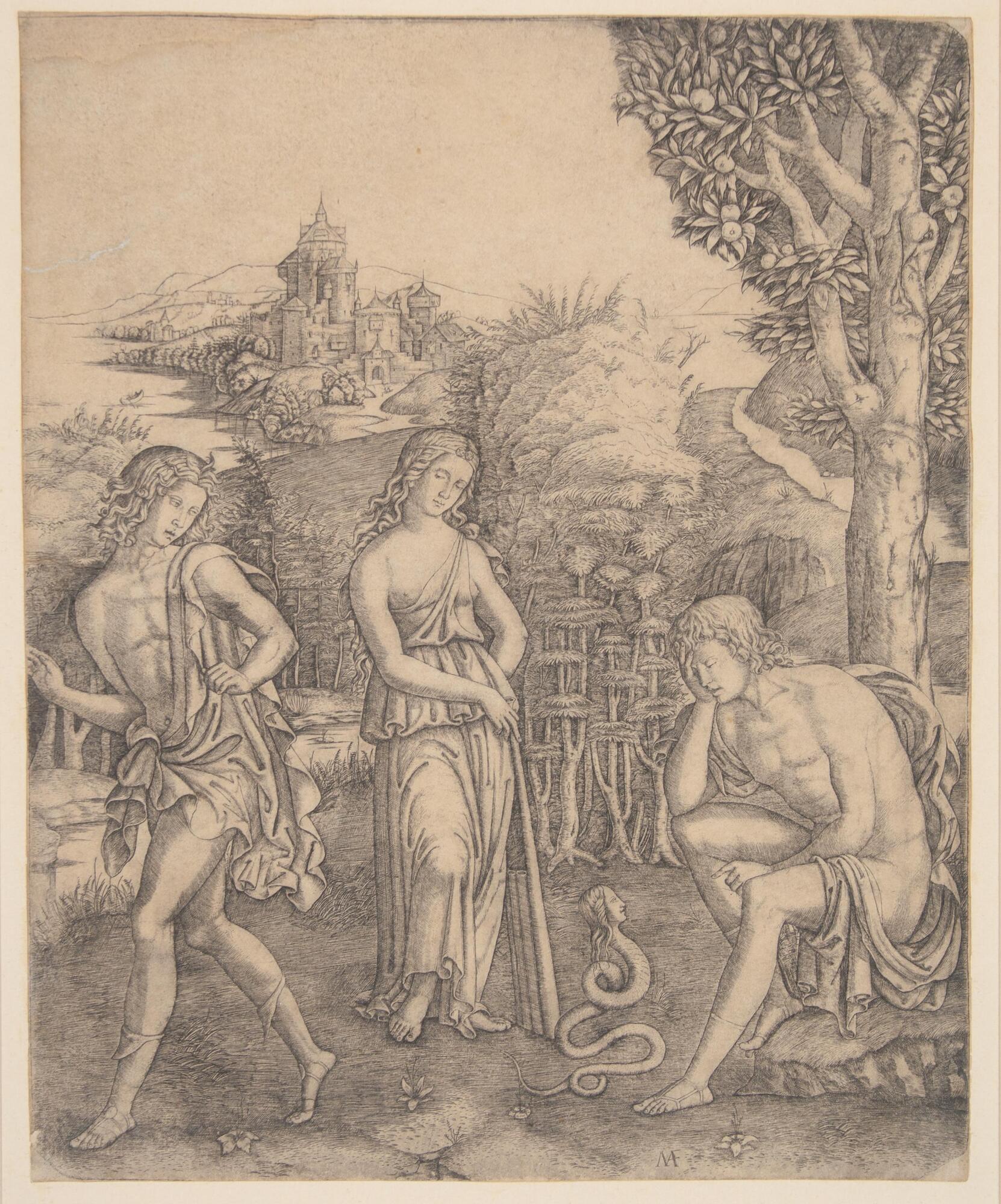 Subject matter
This enigmatic engraving has not been definitively interpreted. It appears that the two young men on either side of the composition are responding to the words of the serpent; one runs away in fear, the other, sitting beneath an apple tree, sinks his head into his hand in despair. At the center of the composition is a woman with a lute who observes the scene more neutrally, and may be an allegorical figure representing lust or libido. Each of the figures is inspired by ancient classical sculptures.  The fortified city in the background recalls works by northern renaissance artists.  As a whole, the composition demonstrates Raimondi's attempt to synthesize disparate sources.

Physical Description
An engraving depicting a man sitting below an apple tree and conversing with a human-headed serpent. He is observed by a woman in drapery and a man who appears to be running away. In the distance there is a large fortified city.