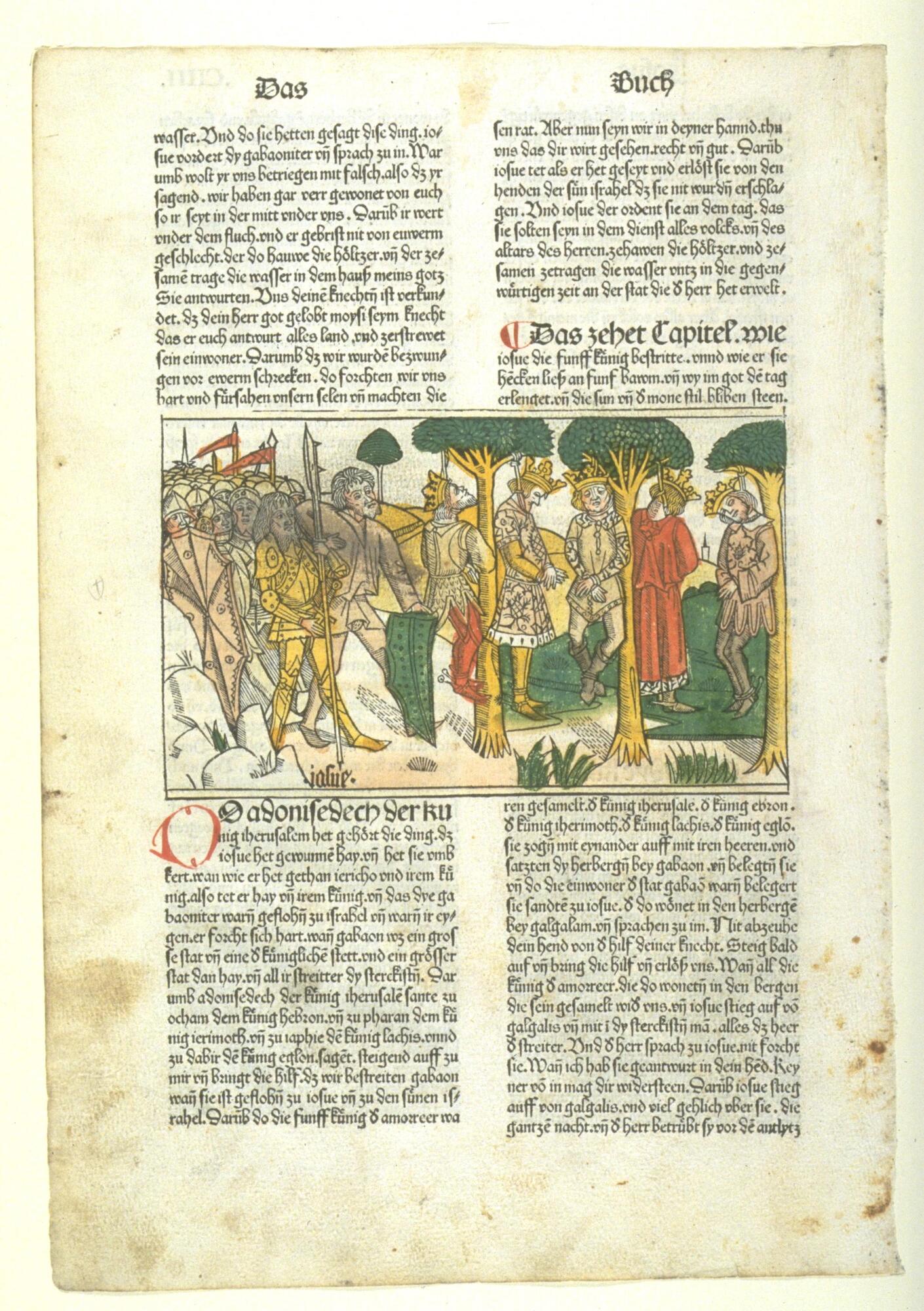 These two works represent di erent traditions of book making and decorating in the later Middle Ages. The miniature of Pope Boniface is richly painted with bright colors on vellum (animal skin), and decorated with shimmering gold leaf; in certain white areas of the image glair, or egg white, also appears to have been added, perhaps to enhance visual interest. The pope stands at the center of the symmetrical composition overseeing the activities of the learned men around him. This image, in which books and scrolls abound, comes from a late fourteenth-century illuminated manuscript of cannon law (which governs a church), a type of book that was often lavishly decorated. Originally it would have been accompanied by text, but it has been cut away.
Unlike the manuscript illustration, which was made by hand for a single copy of a book, the woodcut belonged to a book that was produced in multiple copies using a print technology and likely reached a wider audience. It narrates the story of the Amorite Massacre described in the Bible (Joshua 10:26), when Joshua and the Israelites hanged the ve kings of neighboring cities. While the miniature of Pope Boniface is carefully painted and detailed, the woodcut is loosely colored in a limited palette. Despite the di erences in execution and intended audience, both illustrations were meant to represent and provide commentary on the surrounding text.

Rights
If you are interested in using an image for a publication, please visit http://umma.umich.edu/request-image for more information and to fill out the online Image Rights and Reproductions Request Form. Keywords
Text-based Art
armor
death
king
spear
trees
weapon