Tankard with Lid and scenes of Judith, Lucretia, and Venus 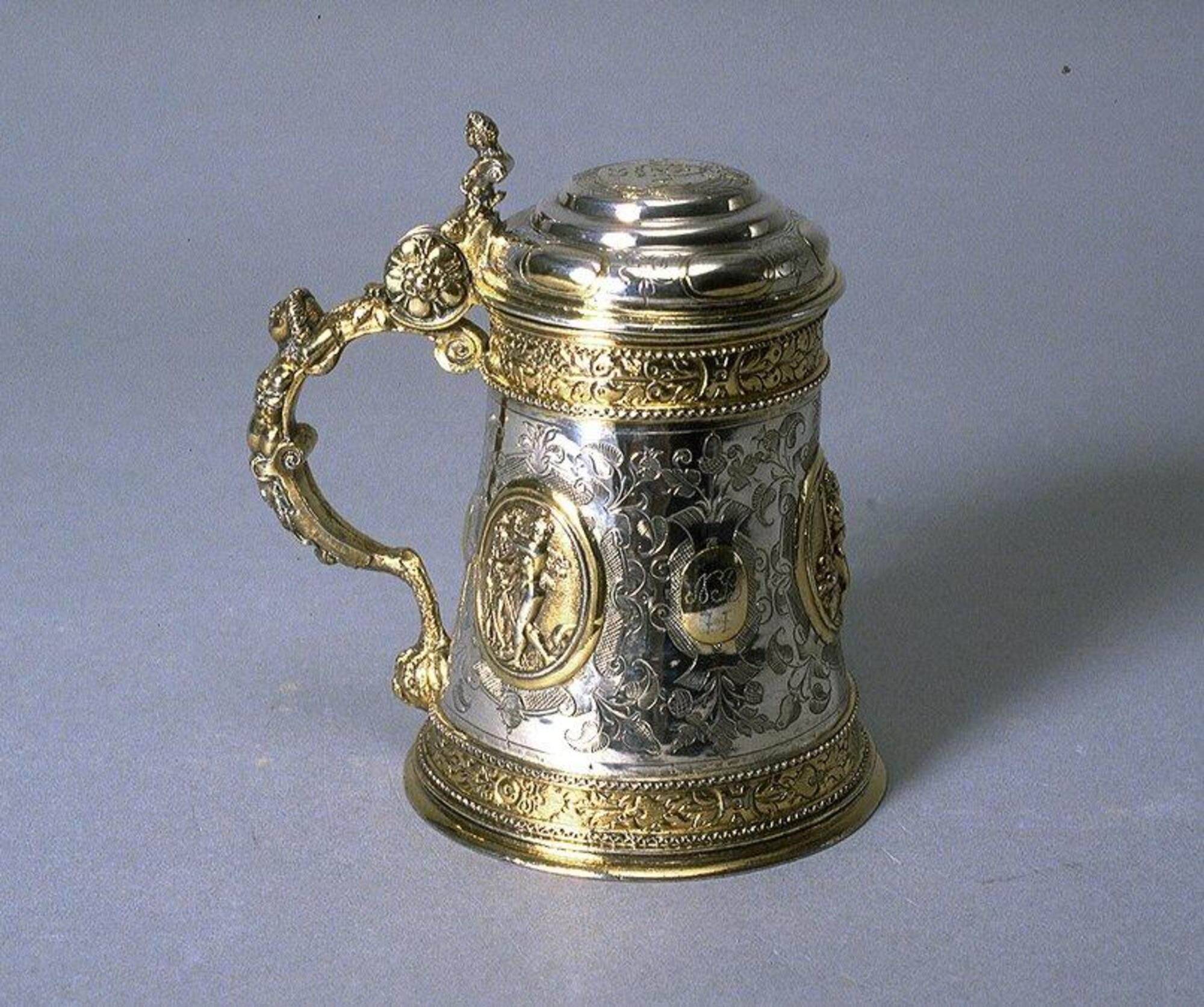 Title
Tankard with Lid and scenes of Judith, Lucretia, and Venus

Label copy
March 28, 2009
This richly decorated silver tankard was possibly given in courtship or as a wedding gift. The medallions on the body of the tankard depict three famous women: one from history, one from mythology, and one from the Bible. The ancient Roman heroine Lucretia drives a dagger into her heart as self-punishment for being raped. Venus, the goddess of love from Greek and Roman mythology, appears holding an oversized arrow with a blindfolded Cupid at her feet. In the third medallion, the biblical heroine Judith carries her sword and the head of Holofernes, the leader of an enemy army whom she slew in order to protect her people. These three women often embodied feminine virtues in sixteenth- and seventeenth-century Europe, but the combination of the victimized Lucretia, the beautiful Venus, and the dangerous Judith on this tankard also speaks of deeper ambiguities in the perception of women during this period.

Subject matter
This ornate silver tankard is decorated with a riot of vegetal ornament and classicizing motifs. Three gilded medallions on the body of the tankard depict three famous women in the nude: Judith with her sword carrying the head of Holofernes, Lucretia preparing to drive a dagger into her heart, and Venus holding an oversized arrow with a blindfolded Cupid at her feet.

Physical Description
The body of the tankard is decorated with two narrow bands of gilded abstract vegetal ornament around the neck and base, separated by a wider band that features three repoussé medallions alternating with three bosses. Each medallion depicts a standing nude female: one of the nudes appears in an interior holding a dagger to her chest; another holds a sword and a man's head and stands beside a female companion; the third holds an elongated arrow with a blindfolded cupid at her feet. The cast handle consists of a clawed bird's foot grasping a ball at the base, followed by a satyr mask, a bound female nude, and, surmounting the handle, the bust of a warrior. The lid, a later addition, bears a wreath with a series of initials and the date 1639.