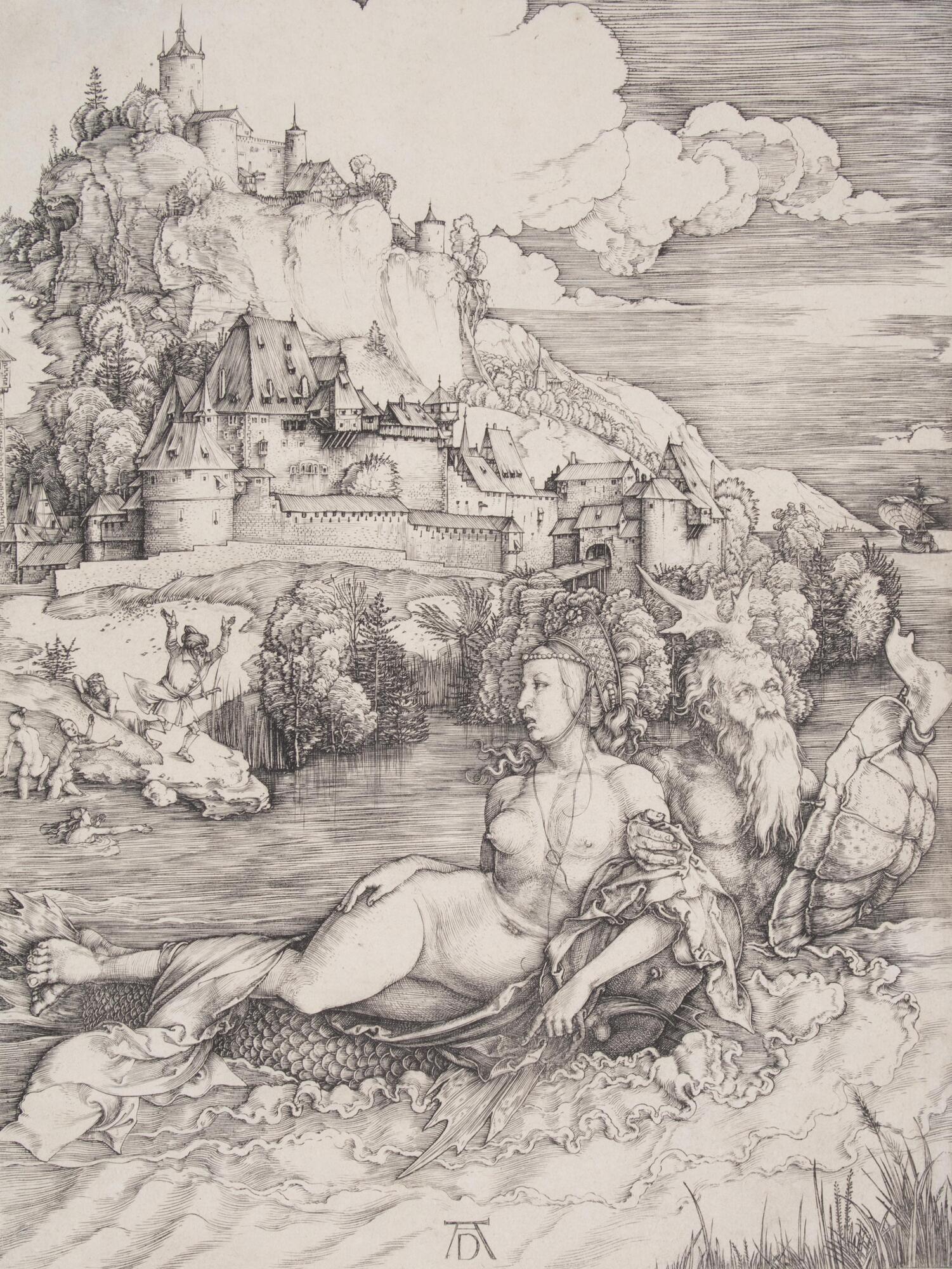 Label copy
Gallery Rotation Spring/Summer 2012
Albrecht Dürer
Germany, 1471–1528
The Sea Monster
circa 1498
Engraving
Museum purchase, 1956/1.74
In this enigmatic work, a bearded, antlered male figure with a lower body covered in scales carries on his back a reclining nude woman crowned with an elaborate headdress; she seems strangely unconcerned with her predicament as she looks back at her alarmed companions gesticulating on the opposite shore. Dürer may have based this print on a scene from one of the many tales from classical mythology describing a sea god or monster kidnapping a woman and spiriting her away to the depths of the ocean. The setting, however, appears to be Germany: a structure resembling the Nuremberg Castle is depicted in the background. This has led some scholars to look beyond classical mythology to sources like the German myth of the rape of the Langobard queen or a contemporary, sensational news story that claimed that a series of women on the Adriatic coast of Italy were being kidnapped by a sea monster. Regardless of its inspiration, the print remains a sexually charged work, imbued with fantastical images.

Subject matter
Although no specific myth is cited here, there is a long tradition of nymphs and women kidnapped by a sea monster. Ovid is a possible source, as is the Germany myth of a Langobard queen reportedly kidnapped in the Adriatic.

Physical Description
Two figures are seen riding through the water in the foreground; the woman is nude save for an elaborate headdress, the man holds a tortoise shell as a shield and has an antler-like object on his head and has a serpent-like body which supports the woman. Behind is a minutely described landsape with walled town, castle, and along the opposite bank o the water, nude females swimming and a man running in alarm to the water's edge.