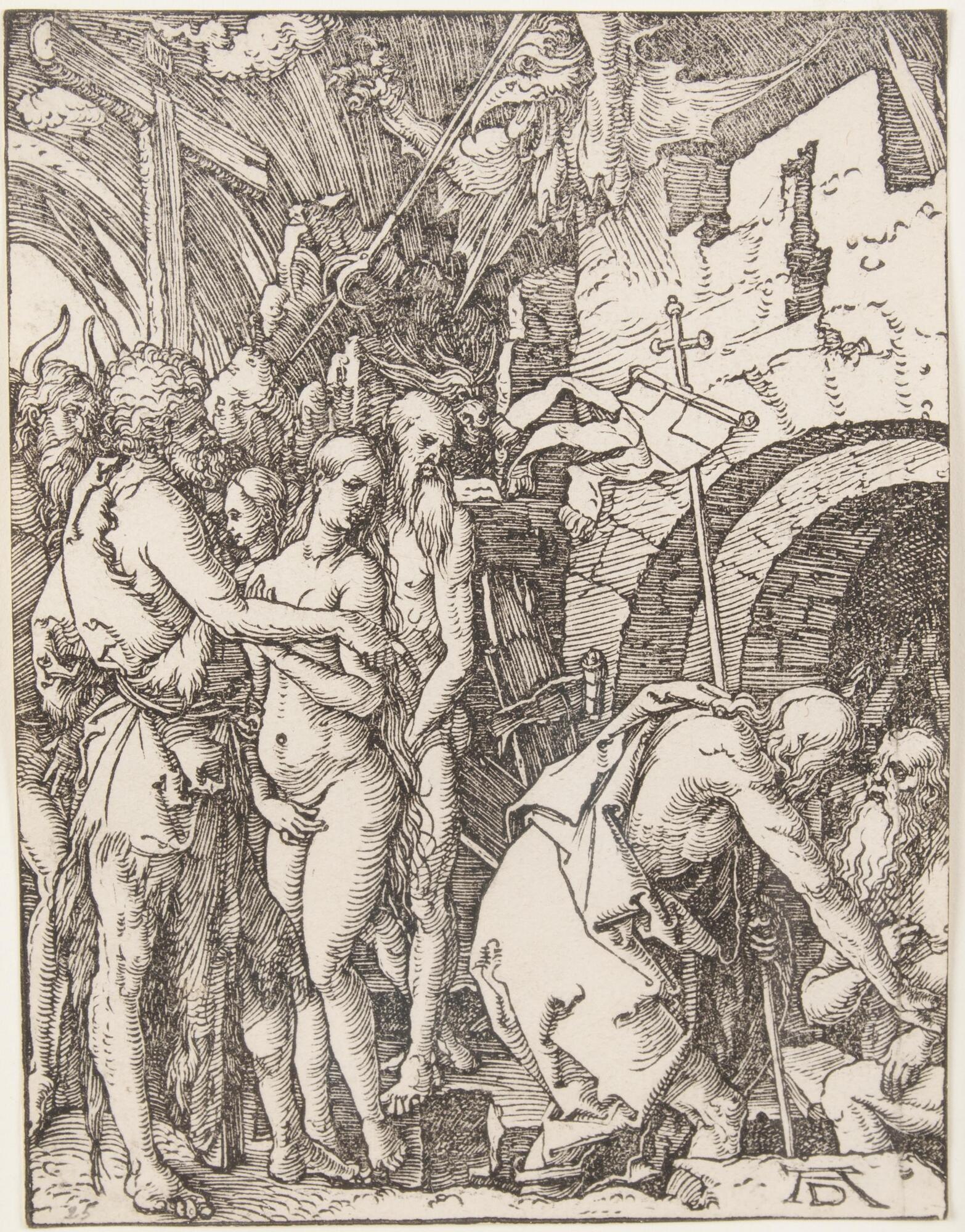 Subject matter
After his death and before the Resurrection, Christ descended into Hell to bring out righteous people who had lived before him, including Adam and Eve, Moses, and other Old Testament prophets. Here Christ holds a standard in his left hand that bears a dovetail flag with a cross, while he brings out of hell one of these patriarchs with his right hand. Other redeemed figures look on as the man at the lower right is released from Hell.  The image was meant to inspire religious devotion and evoke the concept of atonement.

Physical Description
A group of figures at the left stand in a vaulted space under a cross. They look towards the lower right of the composition where a man holding a standard with a cross on top is bending forward and offering his hand to an old bearded man in an arched doorway. Above the doorway are several fantastical figures with beaked or animal heads and arms with claws. Signed in the block "AD", lower right, recto.