A Stag at Sharkey's 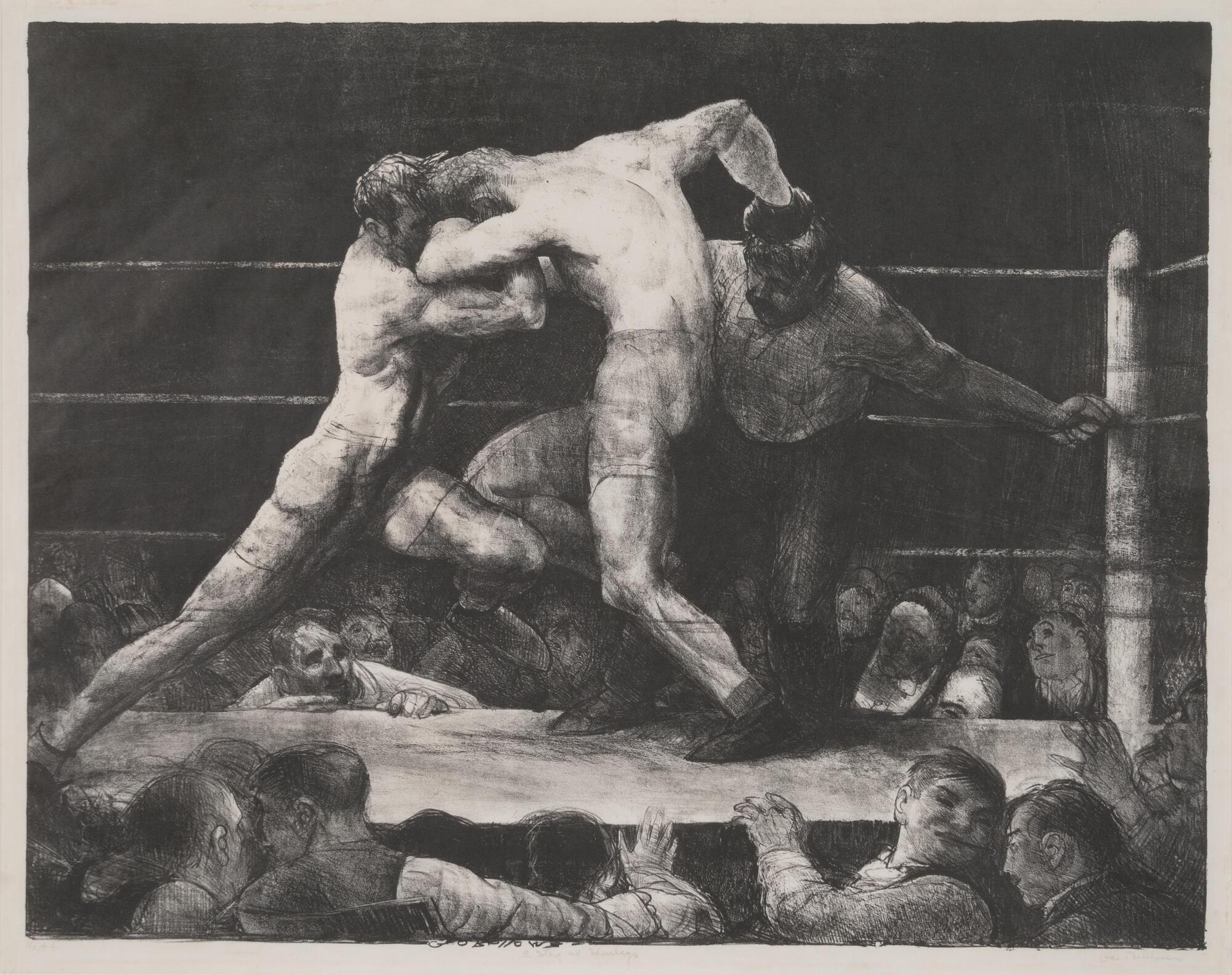 Title
A Stag at Sharkey's

Subject matter
A Stag at Sharkey's depicts a boxing match between two men at The Sharkey Athletic Club in New York City. Bellows lived across the street from the fighting club and produced several paintings and lithographs that were inspired by the battles he saw there. In this print, Bellows continues his exploration of male identity, masculinity, and sexuality. The two fighters are engaging in combat and displaying their athletic prowess while simultaneously touching bare skin and performing for the pleasure of other men at the club.

Prior to making this lithograph in 1917, Bellows produced an oil painting by the same title with virtually the same image in 1909. In 1917 Bellows became increasingly interested in the dynamics of the human body and compositional arrangements so he began to focus more on lithography.

Physical Description
Two boxers trade punches in a ring with the referee close behind and the crowd cheering. One boxer is pushing the other with his forearm.

Rights
If you are interested in using an image for a publication, please visit http://umma.umich.edu/request-image for more information and to fill out the online Image Rights and Reproductions Request Form. Keywords
American (North American)
boxing
men (male humans)
nudes (representations)