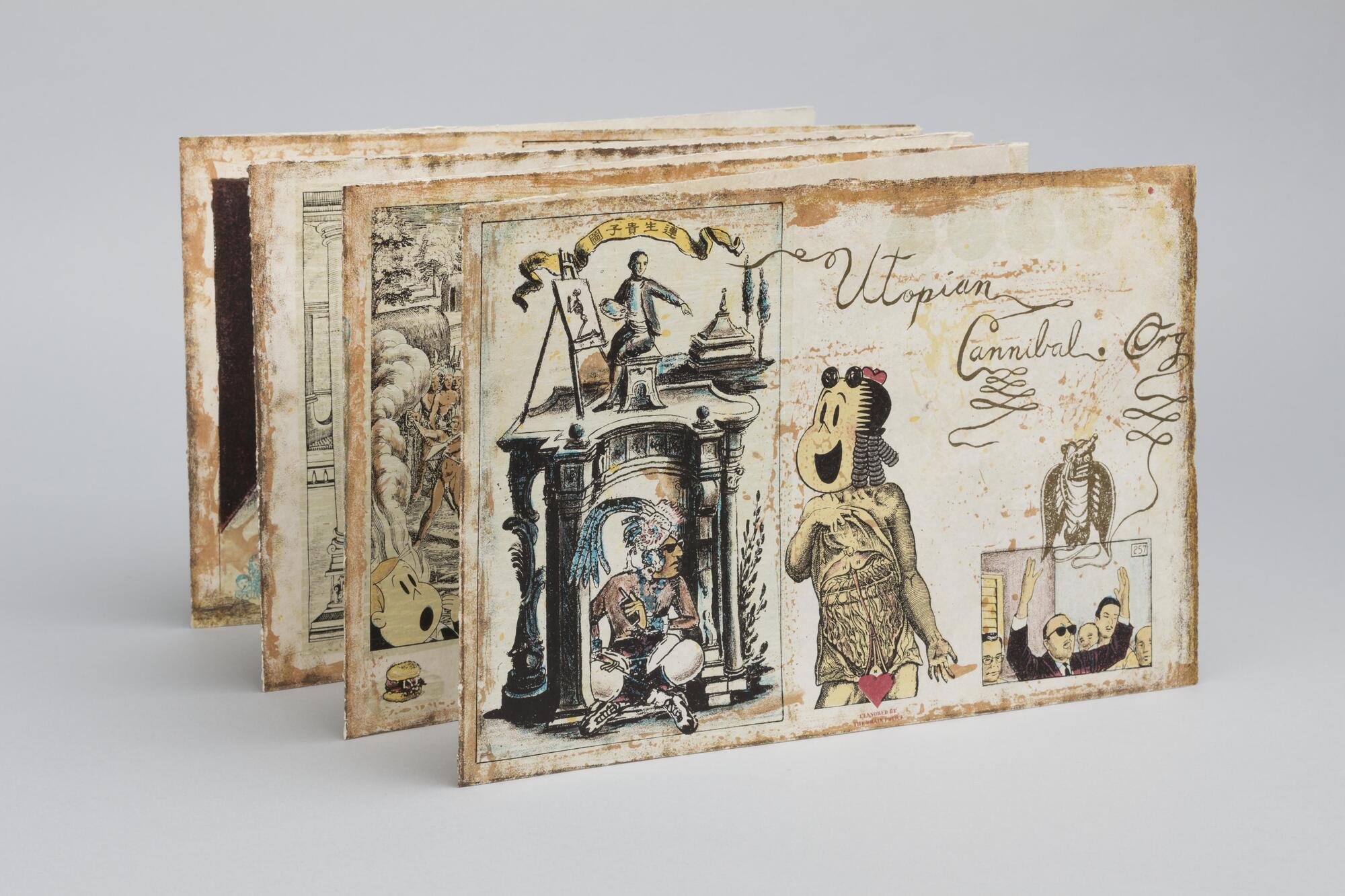 Label copy
March 28, 2009
Born in Mexico City, Chagoya emmigrated to the United States in 1977 and belongs to the generation of Chicano artists who emerged in Southern California’s burgeoning art scene of that era. A master printmaker, Chagoya likes to exploit the medium’s historical connections to mass-produced political propaganda as well as its ability to broadly spread his own messages and stories. Through a process of what he terms “reverse anthropology,” Chagoya cannibalizes material from a wide range of art historical, political, and pop culture sources and positions them alongside traditional and religious images from his native Mexico. The result is a highly personal kaleidoscope of imagery that allows Chagoya to recraft histories. “My codex books,” he explains, “are based on the idea that history is told by those who win wars. Previous historical accounts are erased, destroyed, or buried in oblivion. A new official story is invented in order to justify the new reality of events…I decided to invent my own account of many possible stories—from Cortez to the border patrol—in my own visual language.”