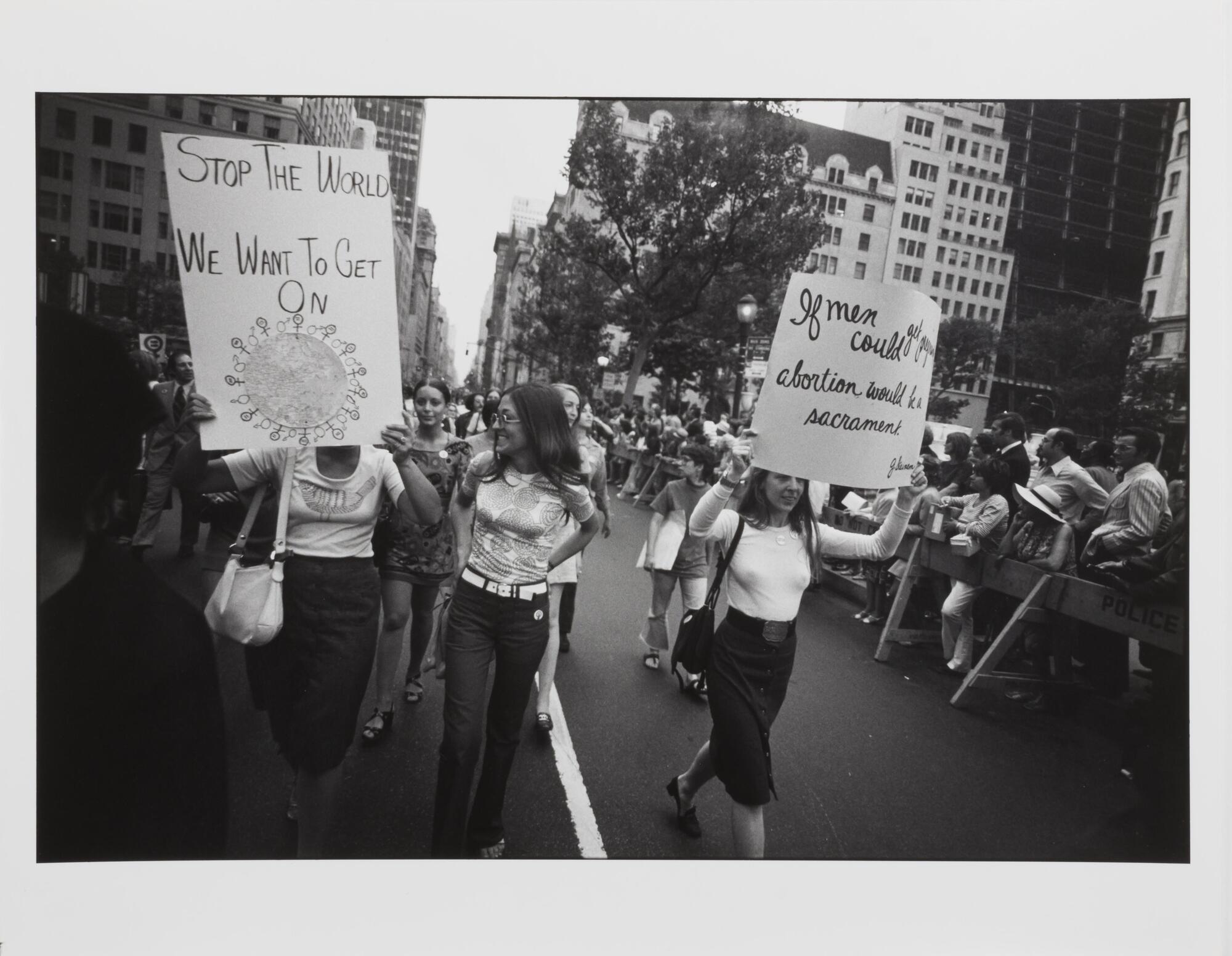 This photograph shows a group of women protestors, smiling and holding posters, as they walk down a street fenced off to cars. A crowd gathers on both sides of the street. The line of demonstrators appear to continue endlessly into the background, as the crowd and buildings converge on a single vanishing point at an empty horizon.

Physical Description
Photograph of a group of women protestors, smiling and holding posters, as they walk down a street fenced off to cars.