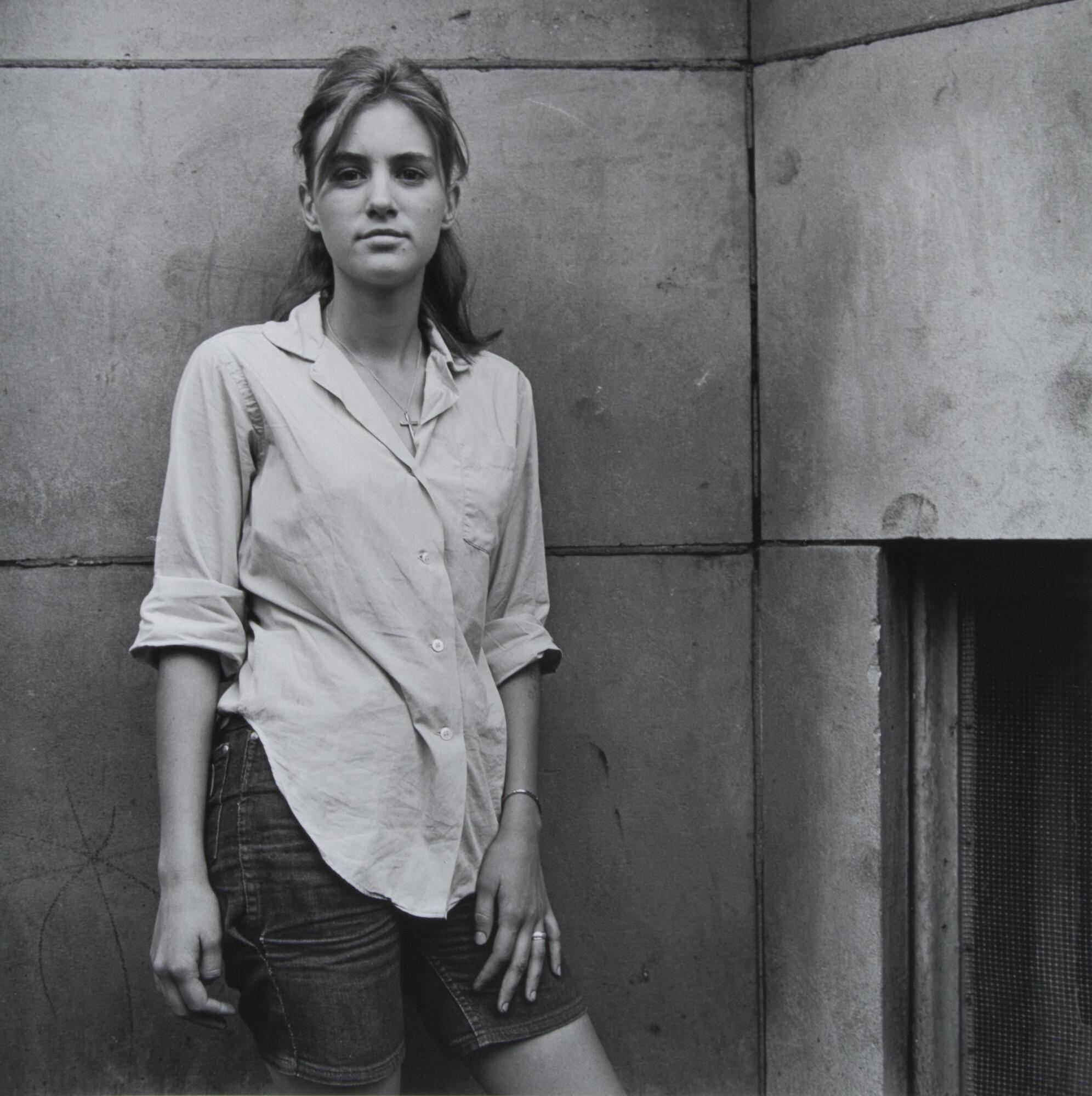 Physical Description
Portrait of a young woman leaning against a concrete, exterior wall. She wears a cross necklace and a button-down shirt that drapes over her mid-length shorts. She looks directly into the camera lens.