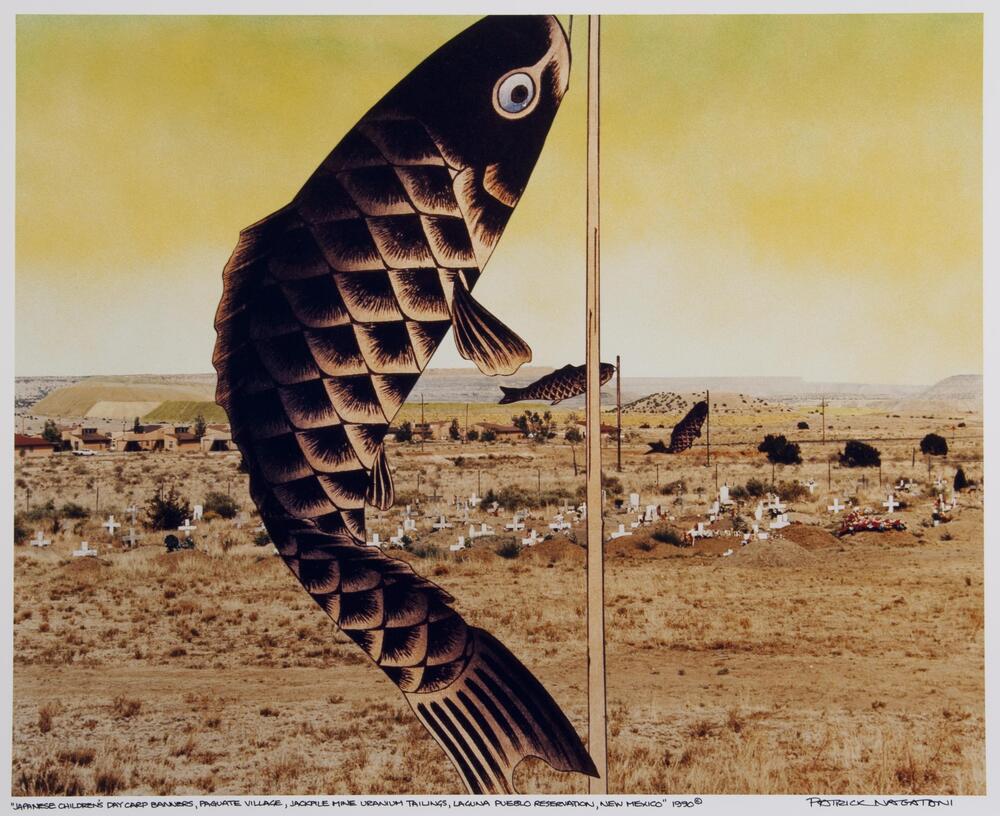 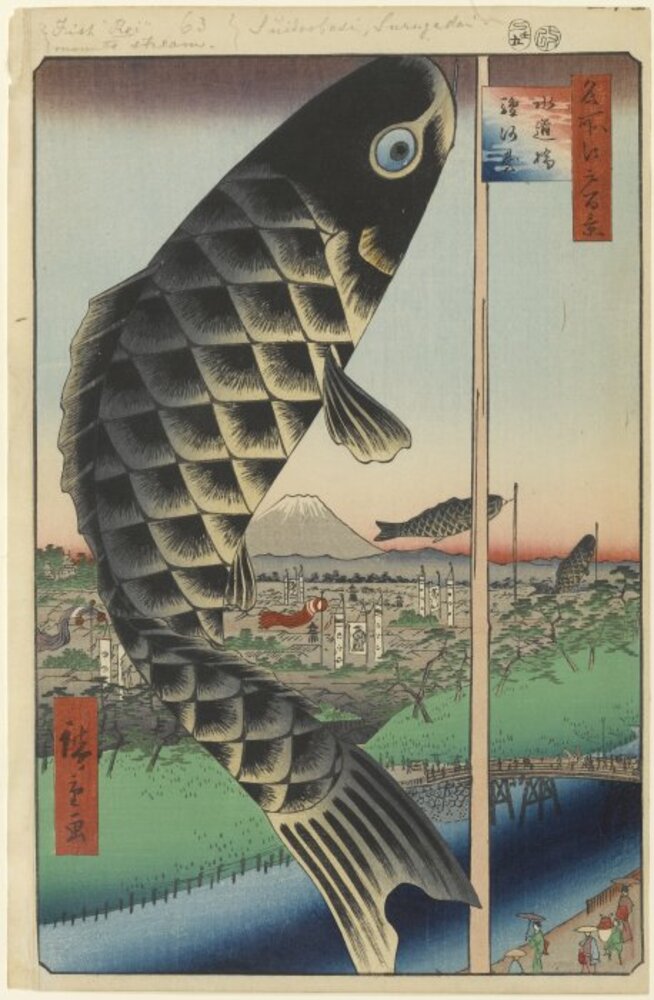 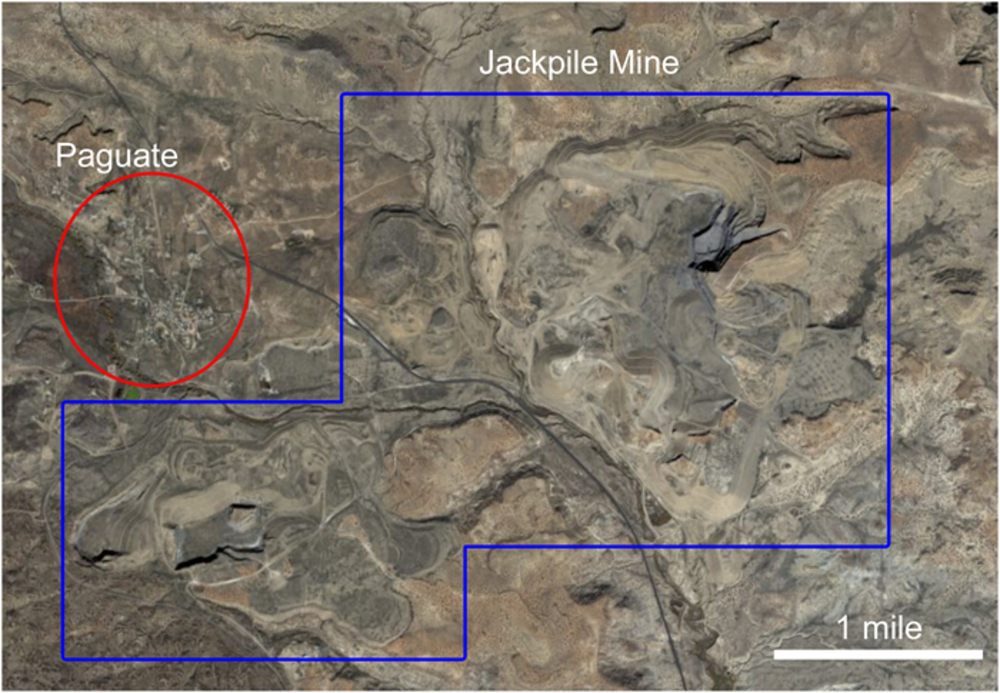 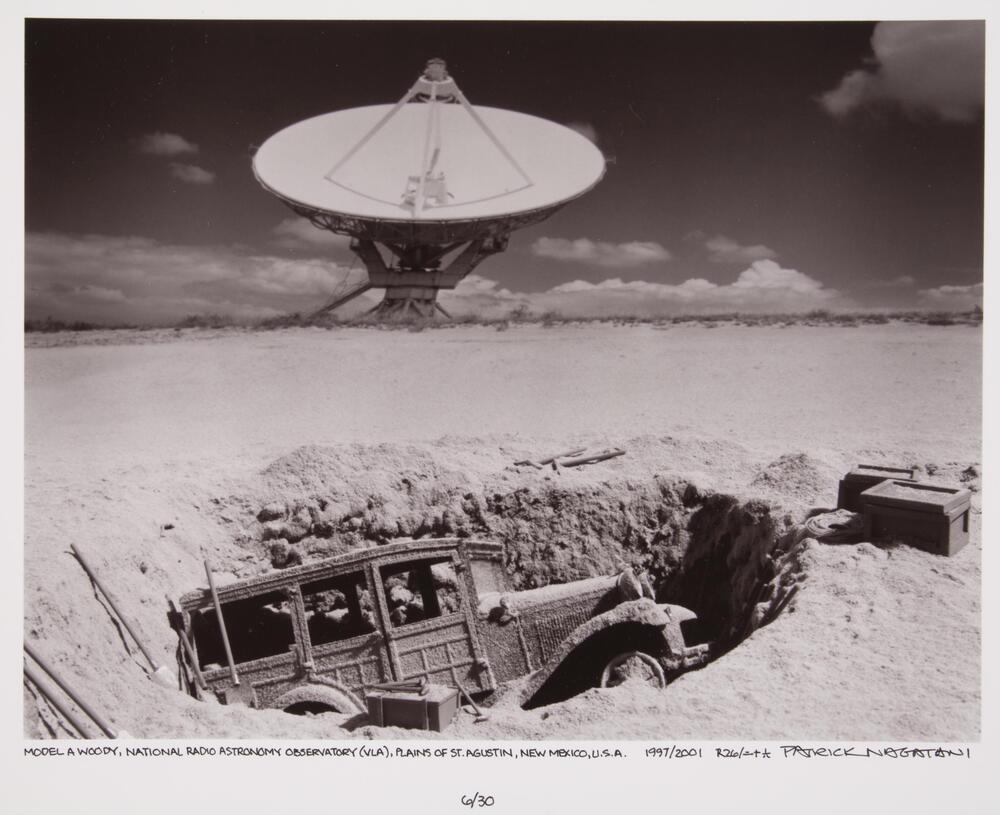 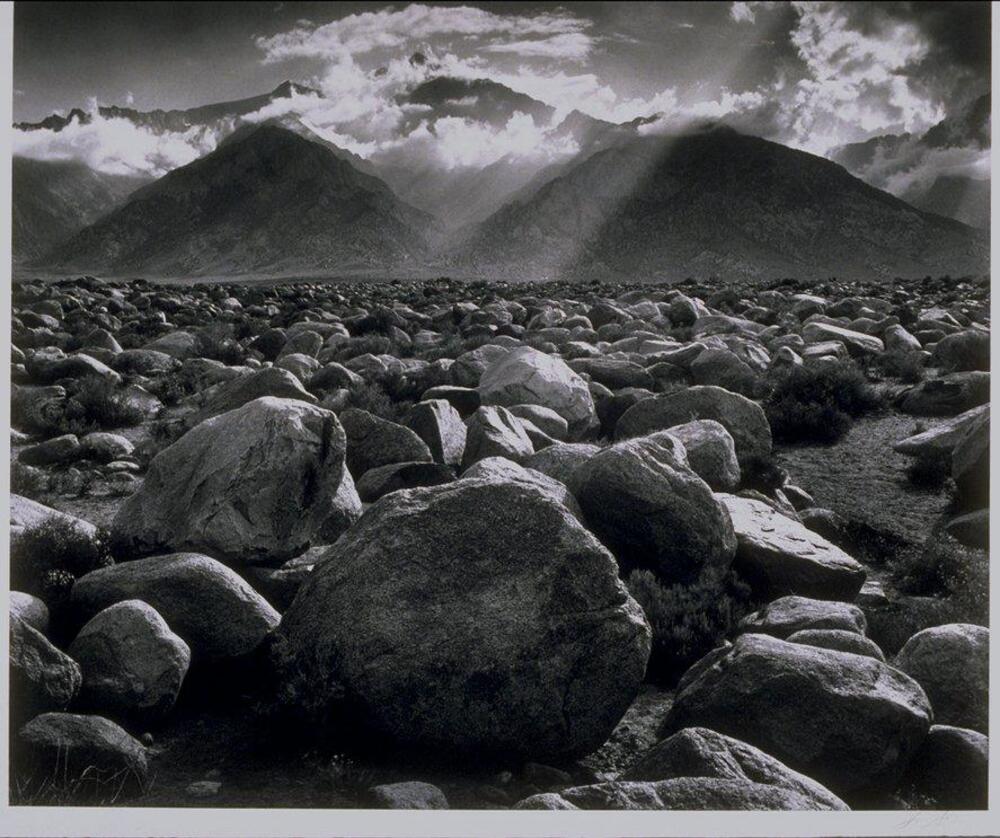 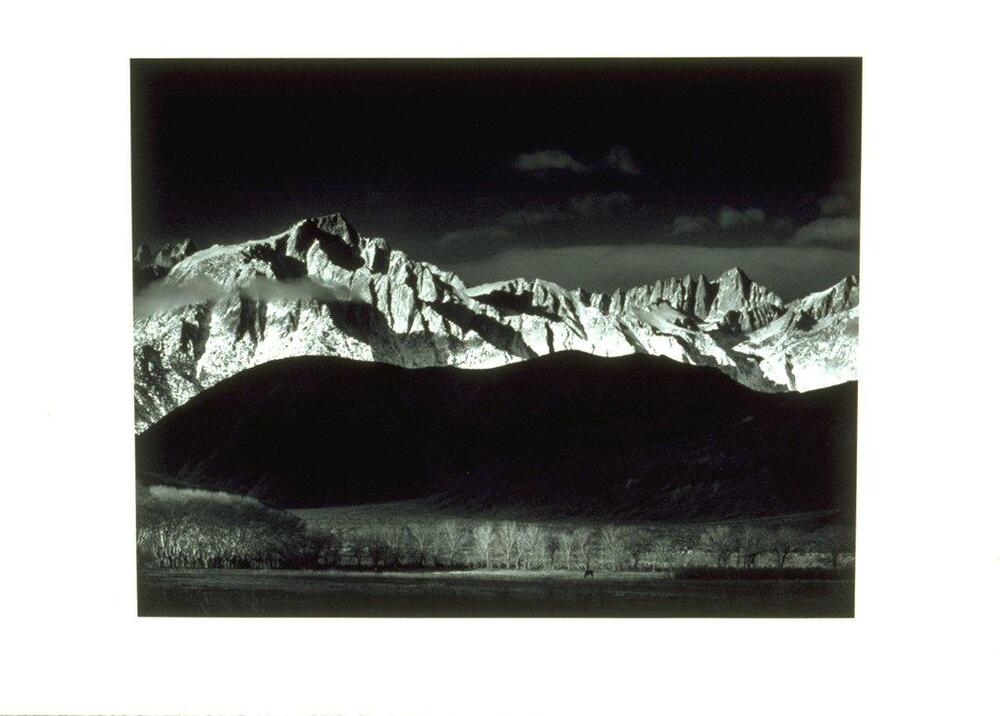 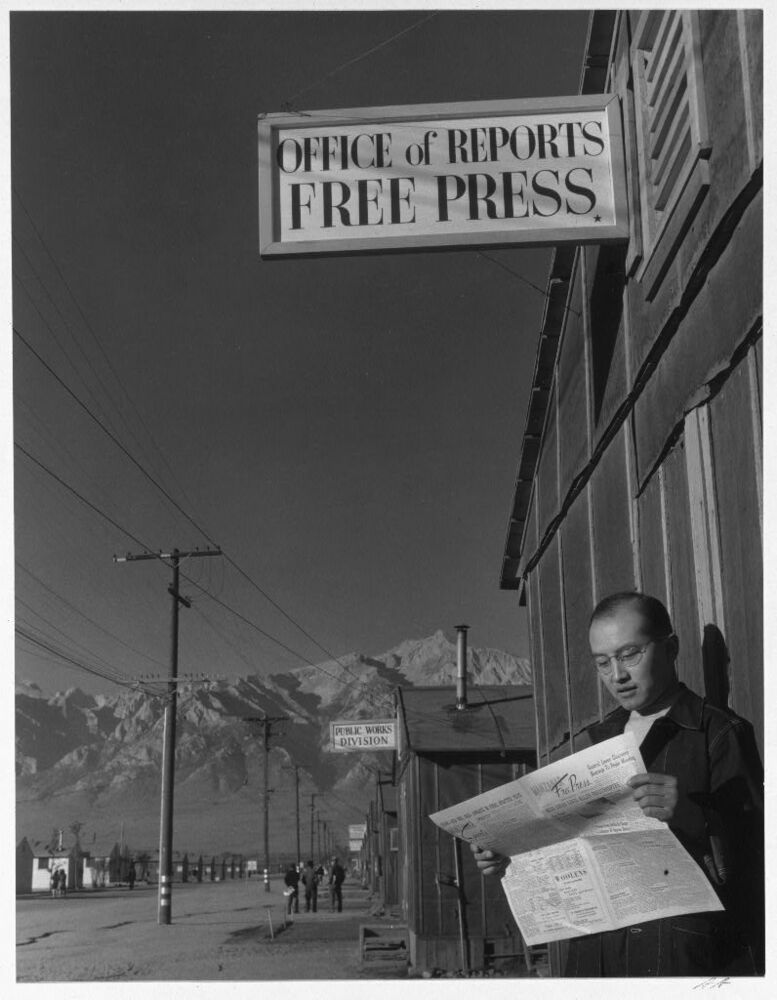 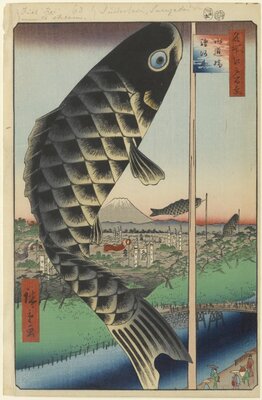 Describing his style as directorial, Japanese-American photographer Patrick Nagatani views his work as a practice of re-representation and a medium for story telling that allows him to explore ideas of truth and fiction. Rather than composing and taking photos on site, he often stages his images and edits them in the studio. Nagatani's photography asks "who gets to write history?"

Nagatani was born in Chicago in 1945—the same year the U.S. dropped a nuclear bomb on Hiroshima, which was where his father's family lived. In 1987, Nagatani moved to Albuquerque to teach photography at the University of New Mexico. After moving, Nagatani's mother shared a story with him about his grandfather's internment in the Santa Fe Justice Department detention camp during WWII. Japanese-Americans, predominately from the west coast, were relocated and placed in internment camps from 1942-1946 following Japan's attack on Pearl Harbor. Both of his parents had also been relocated to camps: his mother at Manzanar, California, and his father at Jerome, Arkansas. Nagatani's family history and his own story come into relief in his photos about New Mexico.

Unearthing histories hidden in plain view Nagatani states, "Each place has its own kind of archaeology and identity within the landscape" and, paraphrasing Kiowa writer N. Scott Momaday, he sees his photography as showing how "landscape retains memory." In Japanese Children's Day Carp Banners, Paguate Village, Jackpile Mine Uranium Tailings, Laguna Pueblo Reservation, New Mexico, depicts the state's history of uranium extraction, native reservations, and Japanese internment in a single landscape photo. Japanese Children's Day layers a copy of an Ando Hiroshige woodblock print of carp banners (used in celebration of Children's Day in Japan) over a photo of a uranium mining site, the Laguna Pueblo Reservation and a graveyard. Traces of Japanese cultural practices, Jackpile mine tailings, and the reservation (living and dead) spill into each other over the New Mexican landscape displaying the entanglement of settler-colonial history, resource extraction, and internment. 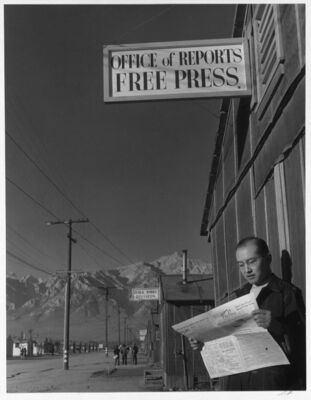 We can also notice Nagatani's use of archaeology to explore questions of cultural identity and land in his work Ryoichi Excavations. In Excavations, Nagatani creates a narrative centering the work of Ryoichi and his archaeological digs to suggest an "alternative past" where a car culture existed prior to our own. Ryoichi, which is actually Nagatani's middle name, was a fictional character the photographer created for this photo series. In the photos we see cars being dug out of historical landmarks around the world. The photos and story lead the viewer to question the truth-effect of photography. Much like Japanese Children's Day Banners, Excavations layers timelines to explore visual practices of truth making and historical authority.