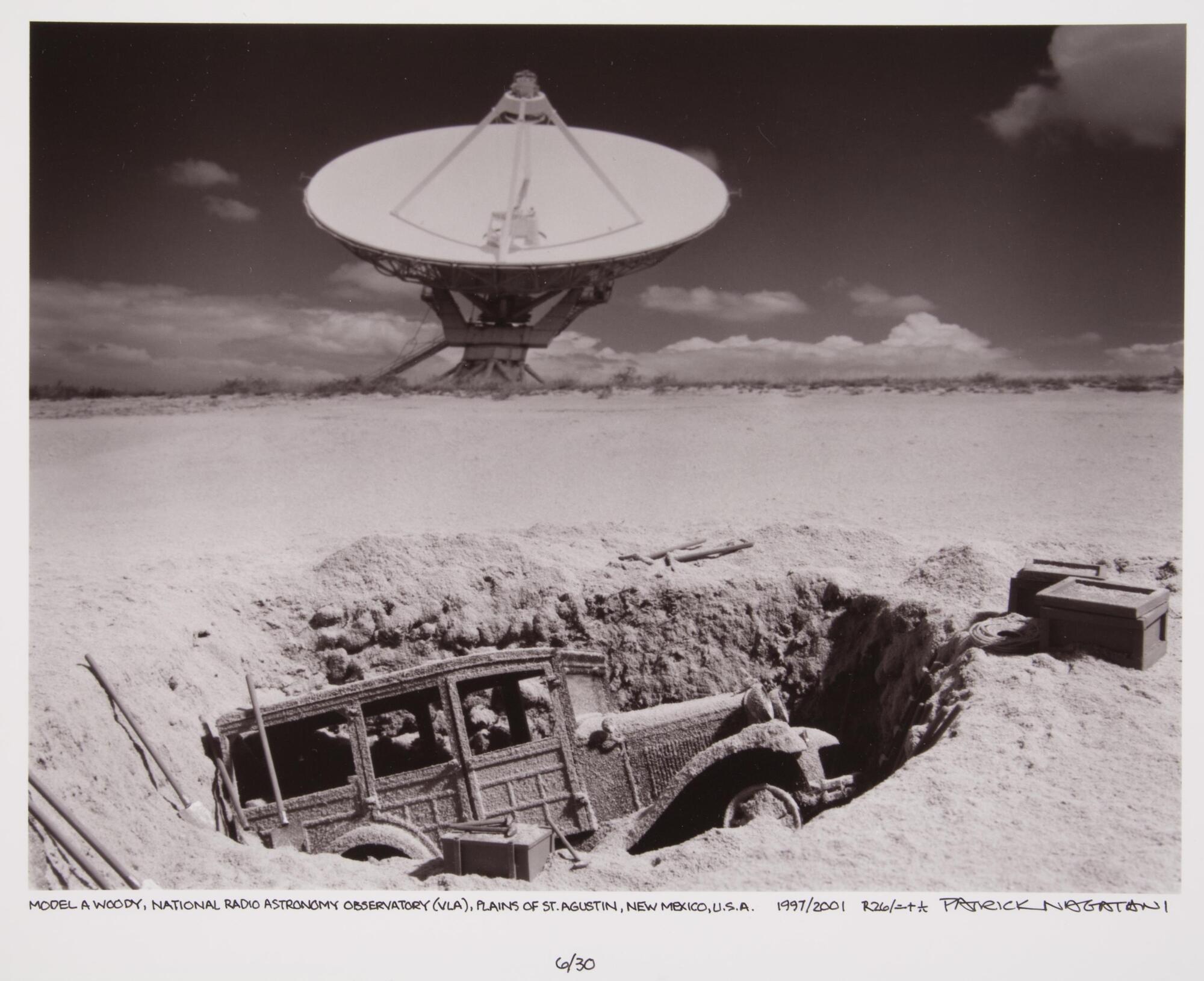 Subject matter
This photograph depicts a view of a desert landscape, an archeological dig centered in the foreground. Half-dug out from the sand, the form of a Model A Woody automobile lies at an angle at the bottom of a hole. Leaning against the sides of the site are shovels and other archeological supplies. Towering in the distance is one of the iconic radio telescopes of the Very Large Array, an astronomical observatory in New Mexico. The enormous radio dish is pointed towards the sky. The juxtaposition between the sophisticated technology of the observatory and the antique car being exhumed from the earth creates an uncanny confusion, inevitably causing one to speculate how the car wound up buried in the desert.

On closer inspection however, it is evident that the scene is actually a view of a miniature model, an elaborate diorama. The view of the Very Large Array is oddly flat-looking, and it quickly becomes clear that it is a photographic backdrop for the scene in the foreground. This photograph is a part of the series, the Ryoichi/Nagatani Excavations, in which the artist created a  narrative surrounding a fictitious Japanese archaeologist named Ryoichi. By chance, Ryoichi discovers a mysterious set of documents that lead him to various sites of ancient cultural importance around the world. Excavating this locations in secret, Ryoichi’s team discovers buried evidence of an ancient automobile culture that inexplicably parallels our own. Nagatani presents himself as the photographer for these secret excavations, claiming his photographs are the sole visual records that document the project. The elaborate, outlandish story reveals Nagatani’s interest in photography’s supposed verisimilitude, and explores the intersection of documented facts and contrived fictions.

Physical Description
This photograph depicts a view of an archaeological excavation of a car buried in a desert. In the background is the large radio dish of an observatory.