“Stories from the Past: Narrative in Asian Art” UMMA Workshop for Educators, 2004 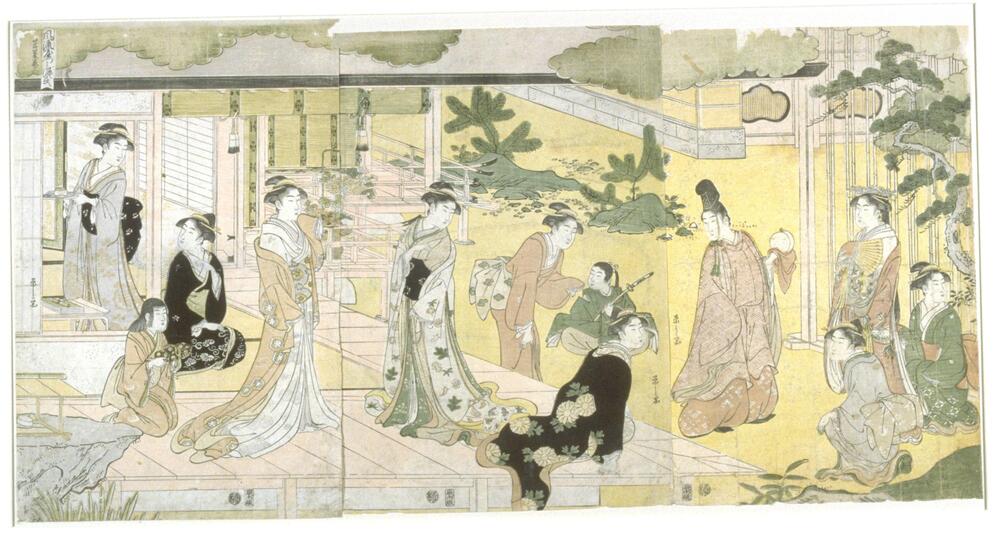 Hosoda Eishi
Genji and the Young Damsels (Right-hand sheet of a triptych), from the series of "Popular Stories of Prince Genji" (Furyu Yatsushi Genji): Wakana no jô (chapter 34)
color woodblock print on paper, one of triptych
14 15/16 in. x 9 1/2 in. ( 37.9 cm x 24.2 cm )
Bequest of Margaret Watson Parker
Zoom 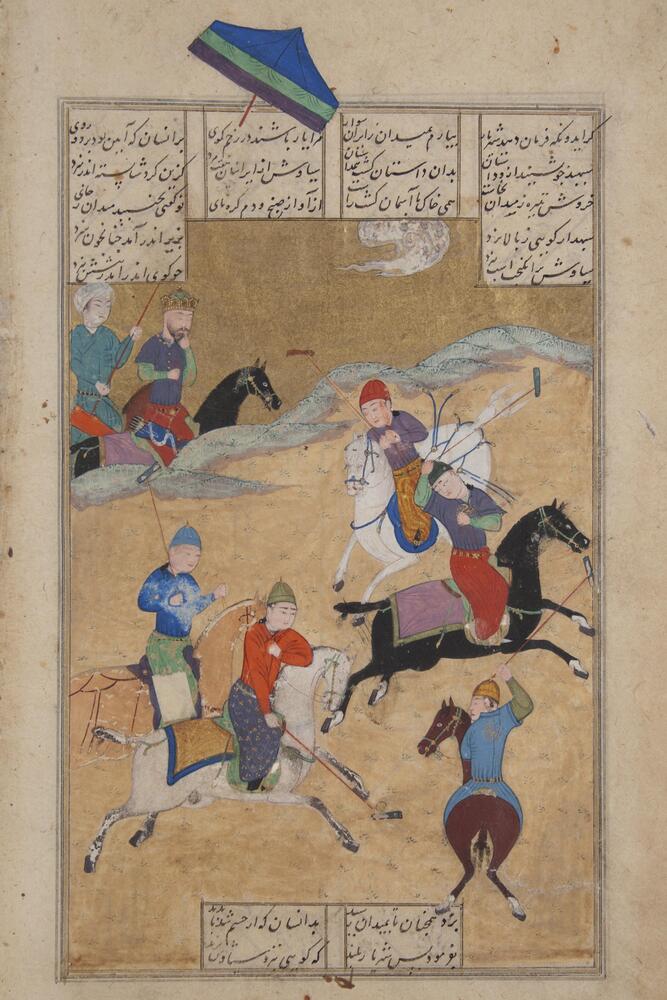 Iranian
Siyavush Displays His Prowess before Afrasiyab, from the Shahnama of Firdausi (The "Kervorkian Shahnama")
ink, opaque watercolor, and gold leaf on paper
10 1/2 in. x 7 1/16 in. ( 26.7 cm x 18 cm )
Museum purchase
Zoom 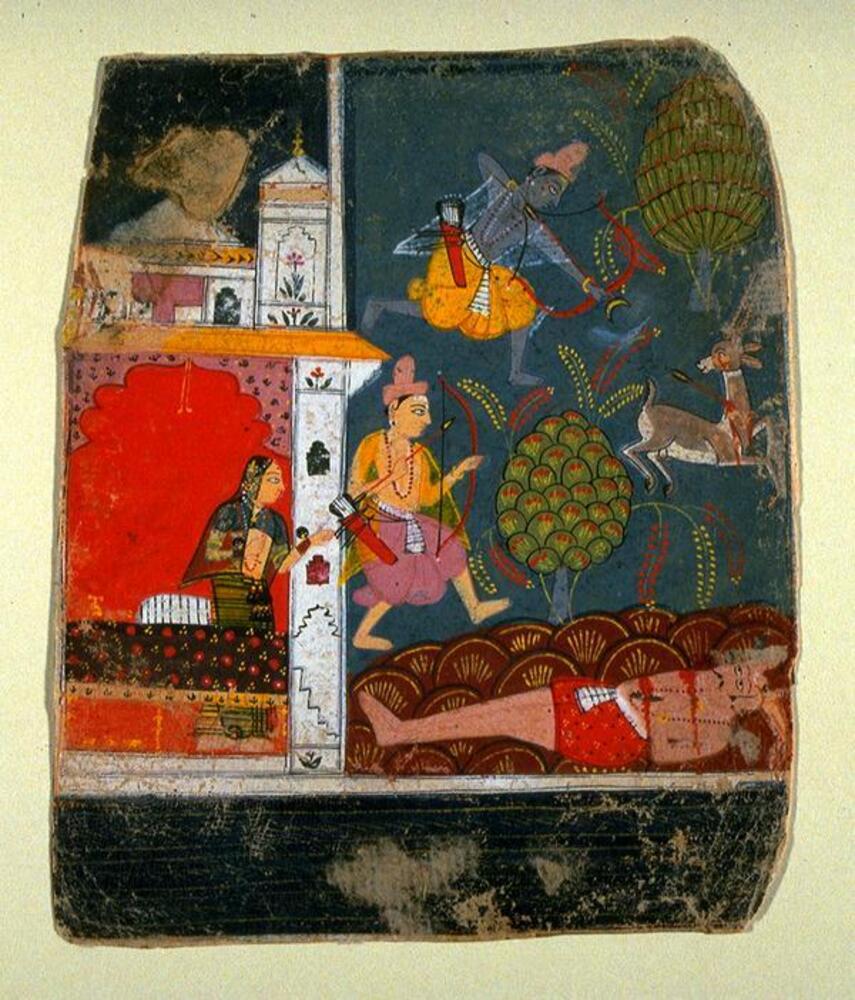 Students will compare and contrast three classics of Asian literature: The Tale of Genji (a classical Japanese romance “novel”), the Shahnama (national epic of Persia), and the Ramayana (a Hindu tale of the conflict between good and evil). They will analyze three images and question how artists translate literature into visual form.

Produce clear and coherent writing in which the development, organization, and style are appropriate to task, purpose, and audience.

Images of Tale of Genji, the Shahnama, and the Ramayana

Excerpts from the epic poems