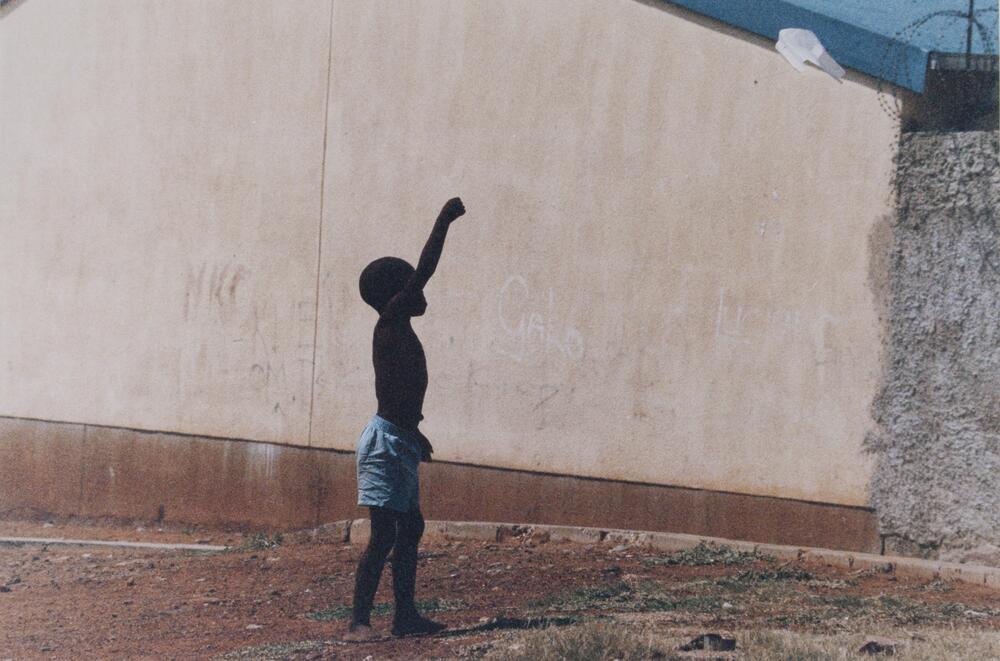 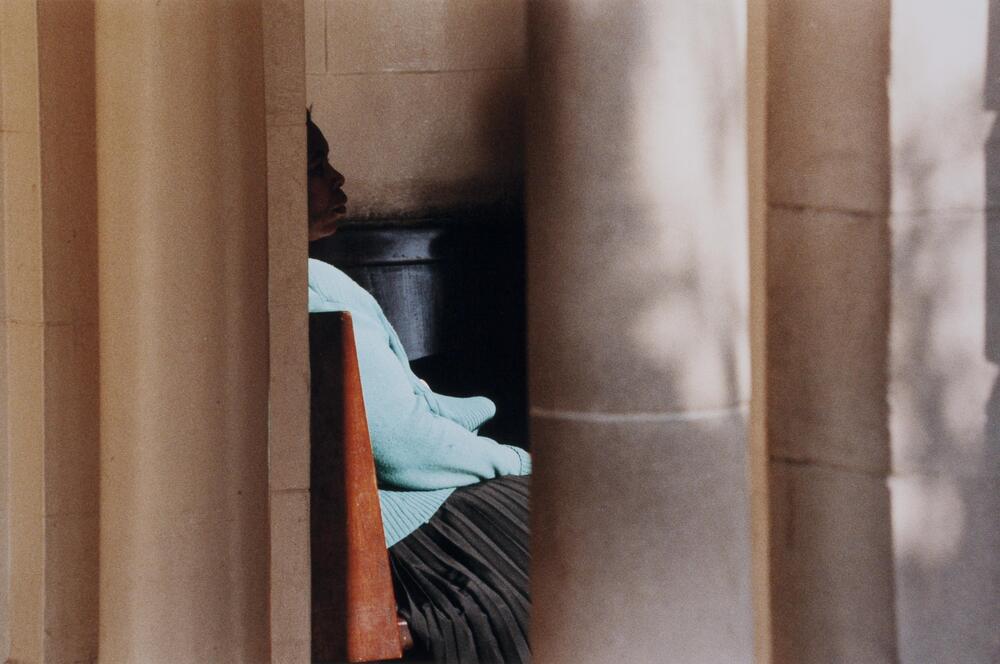 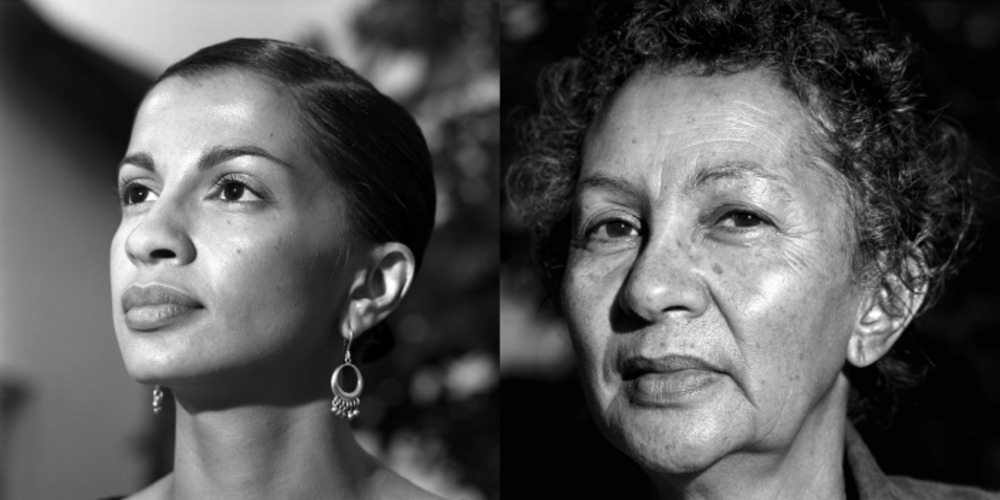 Students will explore how artists can participate in and influence social change. Students will engage in discussion about how photographs work and how the viewer responds to them.

Consider the following information and questions, as prompts for discussion about how art and artists can induce social change.

In 1976, before he went to South Africa, Edward West saw a play called Sizwe Bansi is Dead written by Athol Fugard, a white South African playwright.  The play was about a photographer who takes pictures of the people in his township.  Fugard’s plays use sparse sets and only a few actors to show the intricacies of everyday life.  Many years before the end of apartheid, Fugard wrote plays for both white and black actors.  His performances were also seen by integrated audiences.   These two facts were so threatening to the government of South Africa that they took away Fugard’s passport for four years.

During apartheid, blacks were cast in the role of shadow—their only existence defined by their service to the white population. Photographs can use shadow as a way to reveal or conceal people and places.  The term chiaroscuro is used in art history to describe “the arrangement or treatment of light and dark parts in a pictorial work of art” or “the interplay of light and shadow on or as if on a surface.” (Webster’s Tenth Edition)   This term can also refer to the moment of change from dark to light in an image.

Until 1994, when the first post-apartheid elections were held, the white minority population of South Africa controlled life for the majority (black or mixed heritage) of the population.  Until very recently, the multitudes or the majority have not been either seen or heard. Photography can be used to validate experience by showing people that many are unaware exist. Photographer Edward West had a billboard put up in Detroit (along busy Woodward Avenue).  In addition to displaying one of his photographs on this billboard, he included these words: “What would we hear if the multitude spoke?”

Places where people work and live tell us about their identity. Another way to think about one’s “place” in society is in terms of one’s job or “place” in the social hierarchy.

Architecture can function as a frame around figures.  Find an image wherein walls, gates or fences seem to enclose or create a boundary around the subject(s). Under apartheid the government imposed pass laws, which restricted where blacks could live, work and even be at any given time.

Last year, Edward West held an exhibit of his photography in a restaurant in the township of Alice.  After the exhibit was over, he gave those photographs to the individuals in the photographs.  Very few people in townships have access to photography and this was one of the only opportunities that they may have had to own a documentation of their family.

Consider the poses and postures of the figures in these images.  By using shadow, Edward West has made many of these figures resemble silhouettes in which identity is marked by body language.  He has spoken about how “thought informs gesture.”  Find an image where the gesture indicates personality, identity or emotion.