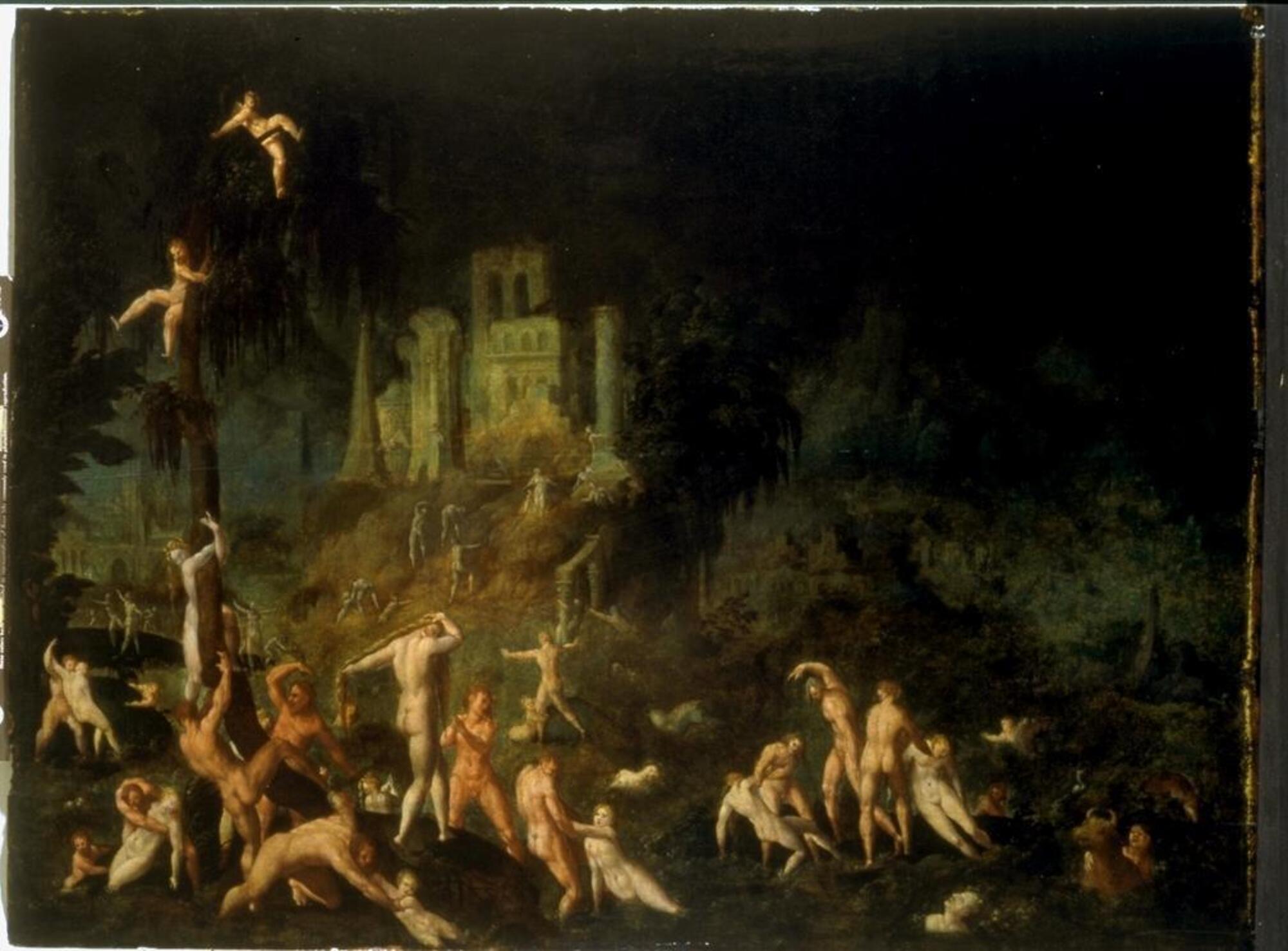 Credit Line
Gift of Peter B. Frantz, (Arch., 1949), and Family, in Honor and to the Memory of Jane Caroline Mahon Stanley (1863-1941), Our Beloved Grandmother, Artist, Teacher, Mentor and Friend

Label copy
March 28, 2009
This painting offers a dark and chaotic vision of the last remnants of humanity struggling against the rising waters of the flood described in the Book of Genesis. According to the biblical account, God perceived the wickedness of humankind and decided to expunge the human race from the earth in a great deluge of rain that lasted forty days and nights. Only Noah and his family in the Ark, with a pair of every animal on earth, survived the flood. Dutch artists working in the 1580s and 1590s, particularly in the city of Haarlem, favored the subject of the flood not only for its religious and dramatic content but also for the opportunity it offered them to portray figures in a variety of mannered poses. The artist of this work clearly belonged to this artistic circle, since he filled his painting with long, athletic figures in strenuous, sometimes exaggerated, positions seen from a number of angles.

Subject matter
This painting offers a dark and chaotic vision of the last remnants of humanity struggling against the rising waters of the flood described in the book of Genesis. The writhing mass of bodies offered van Mander the opportunity to display his skill in rendering human form, but also creates a sense of panicked desperation as humanity and civilization, suggested by the city in the background, is swallowed by the waters.

Physical Description
In an ominous landscape a crowd of nude men, women and children, their bodies silhouetted against the descending gloom, struggle frantically to escape rising floodwaters. The figures gesture wildly and strenuously twist their long athletic bodies into a seemingly infinite variety of contortions as they clamber up the last hilltops and trees. A city stands on a hill and appears through the trees in the background.