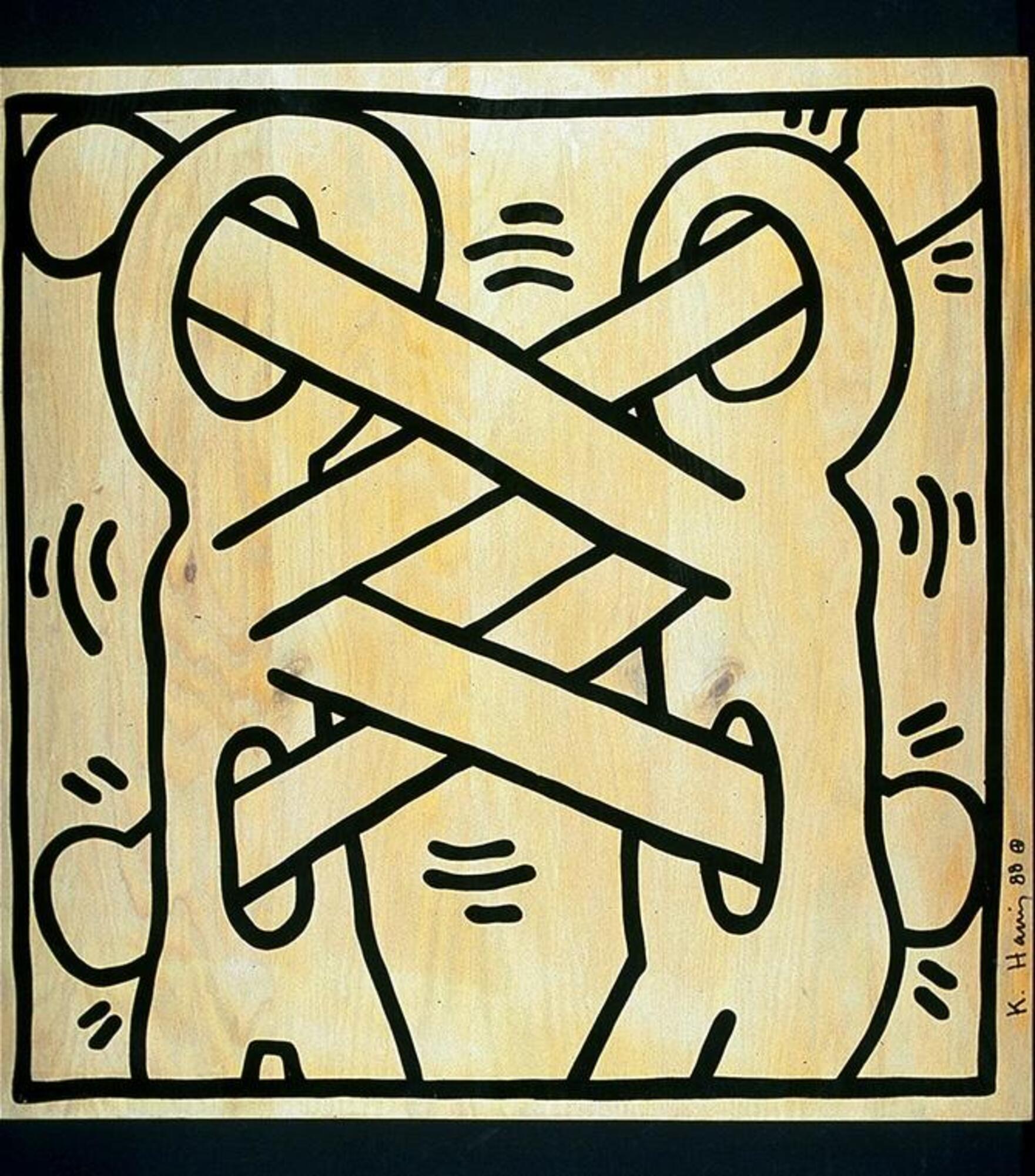 Label copy
March 28, 2009
I am interested in making art to be experienced and explored by as many individuals as possible with as many different individual ideas about the given piece with no final meaning attached.
—Keith Haring
Even as a young student in New York, Haring rejected what he saw as the elitist conventions of the gallery and museum systems. Taking a cue from the city’s burgeoning hip-hop and graffiti culture, Haring’s bold and unique visual language first gained visibility on the walls of New York City subway stations before quickly gaining international recognition. Part of a generation of New York artists ravaged by AIDS (he himself was diagnosed in 1988), Haring used his art as a tool for social activism. From the early subway drawings and mural paintings to innumerable t-shirts, buttons, and prints, Haring was dedicated to the idea that art should exist in and engage with the world at large.