The Beggars, One of the 'Twelve Etchings,' or the 'First Venice Set' 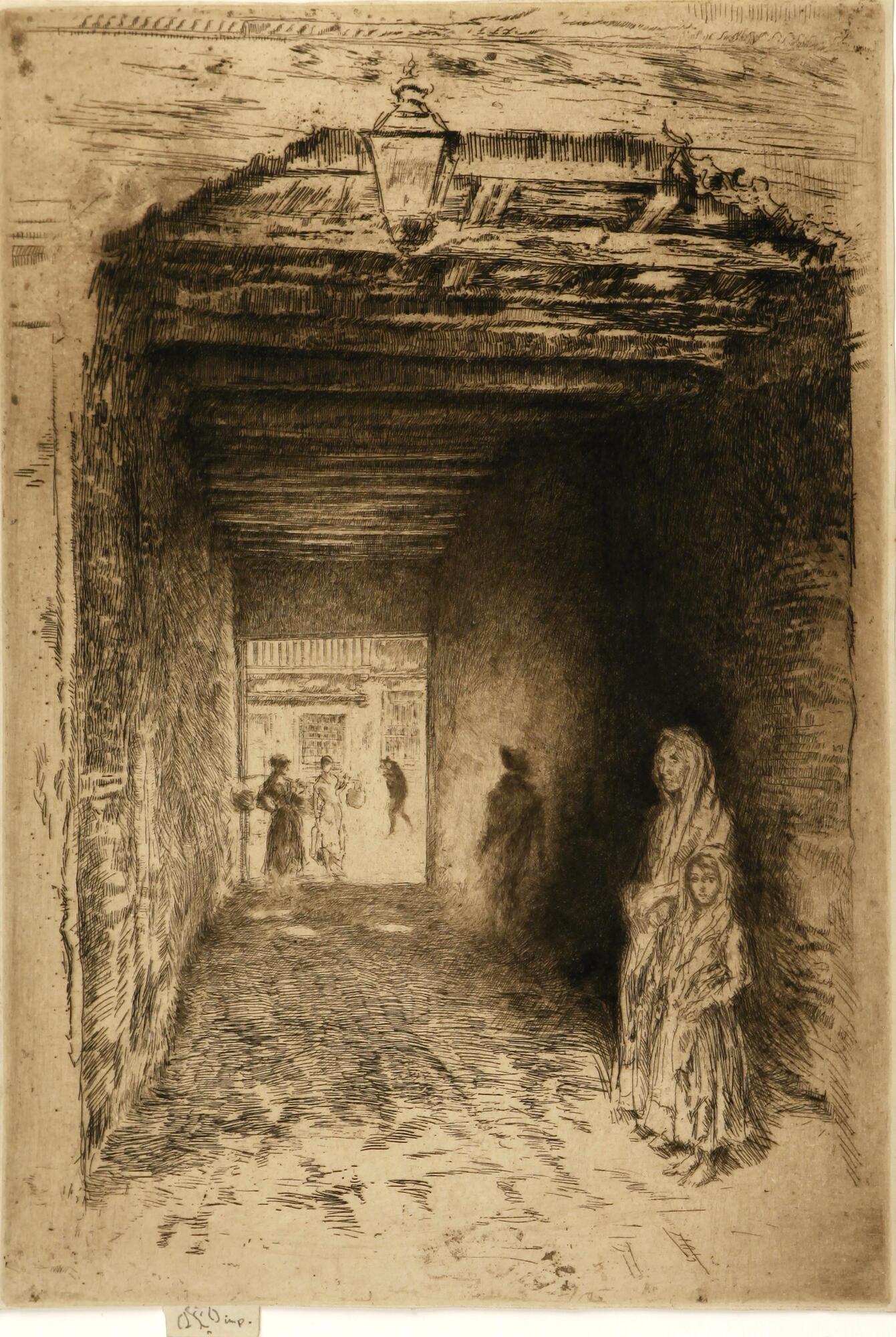 Title
The Beggars, One of the 'Twelve Etchings,' or the 'First Venice Set'

Label copy
The Beggars, from Twelve Etchings, or the First Venice Set
1879–80
Etching and drypoint
Seventh state of nine (Kennedy 194)
Bequest of Margaret Watson Parker, 1954/1.382
Canals, bridges, and sottoporticos, or street-level passageways that cut through buildings, shape Venice’s pedestrian pathways, and, along with the grand views, give the city its character. This etching of a dark passageway near the Campo Santa Margarita recalls Whistler’s early interest in depicting figures in doorways and darkened interiors in such prints as the Marchand de Moutarde and The Kitchen from the French Set; here he positions figures at the edge of a dark doorway and silhouettes another against the bright exit at the other end.
For the most part, Whistler ignored the tourist views of Venice, depicting instead the city’s intimate back canals and narrow streets ending in small squares. And his Venetians are not reduced to the happy peasant stereotypes that people the work of other artists active in the city in the period; the woman and girl depicted in The Beggars are portrayed with sympathy and without condescension.

Subject matter
Whistler was enchanted with Venice and found the people and buildings he encounted along the back canals to be full of possibilities. The people he sketched, such as the woman and girl in the foreground of "The Beggars" are portrayed sympathetically, without resorting to stereotypes or cliches. The Glasgow catalogue raisonné identifies the passageway as the Sotoportego e Corte de le Carozze, near Camp Santa Margarita, Venice.

Physical Description
A deep covered passageway dominates the composition. At the near end of the passage, to the right side, stand a woman and young girl, both with heads covered and looking at the viewer. Looking down the passageway, light catches the timbered ceiling and figures can be seen walking at the far end, silhouetted against the bright light in the square or street beyond. A lantern hangs above the entrance at the near end of the passage.