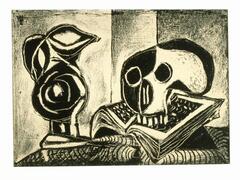 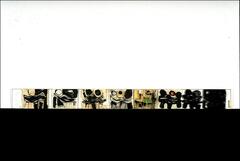 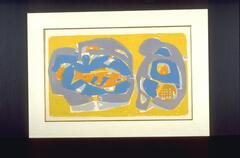 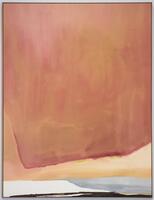 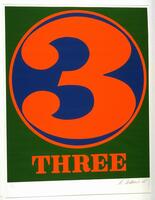 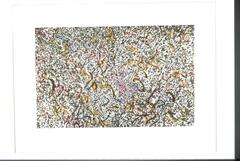 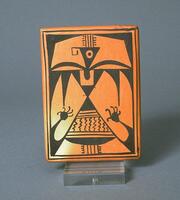 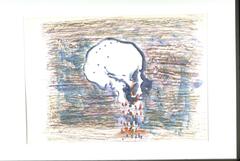 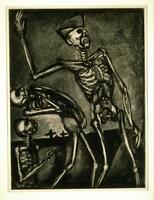 Collection Object
The Traghetto, No. 2, One of the 'Twelve Etchings,' or the 'First Venice Set' 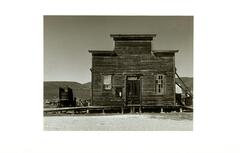 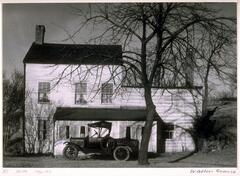 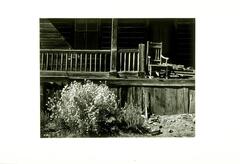 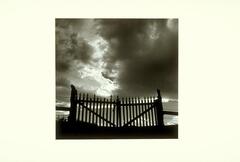 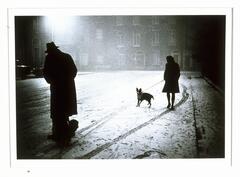 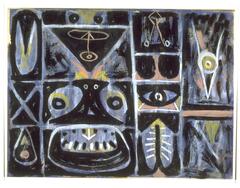 Label copy
Like many artists of the first generation of the New York School, Adolph Gottlieb believed that the world climate of the 1940s necessitated a style of art less concerned with social realism and more with the human condition. Following two years in Arizona working for the W.P.A., Gottlieb returned to New York City and focused upon a new, non-representational subject matter with sources in ancient mythology and indigenous art of the Americas. In the early 1940s, the artist embarked on a series of works for which he is perhaps best known. First termed pictographs by the artist in 1942, the works were composed of imaginary signs and symbols contained within a grid, each image separate and isolated from the next. Though invented, the evocative symbols were clearly based upon human and natural forms that the artist often repeated from one pictograph to the next. To Gottlieb, these images reflected a common language which the viewer could not only decipher but interpret on a deeply personal, spiritual level.
The pictograph series totals over 500 original works, both paintings and works on paper. In Beasts at Night, the artist communicates through murky palette and unsettling forms, the eerie menace of a dark night. Disembodied eyes, suggestions of teeth, and tree-like shapes resembling skeletal remains translate a feeling of deep unrest. Given the world climate at end of the 1940s and the recent horrors of war, Gottlieb visually communicates the universal feelings of fear and uncertainty in the American psyche at this time.
Katie Weiss, Research Assistant, on the occasion of the exhibitionThe New York School: Abstract Expressionism and Beyond and Beyond, July 20, 2002 – January 19, 2003
While Gottlieb did not associate with European Surrealists-in-exile, he nevertheless was influenced by automatism. He arranged the totemic images in his grids, or "pictographs," automatically. Influenced by the Jungian idea of the collective unconscious and the universality of myths, and by his own collecting of African, Northwest Coast Native American, and Pre-Columbian art, he used simple, biomorphic elements that were open to ambiguous readings, as if in a dream. Beasts at Night shows fragments of the bodies of nocturnal creatures, where sensory organs may be orifices, and vice versa.
Label copy from exhibition "Dreamscapes: The Surrealist Impulse," August 22 - October 25, 1998