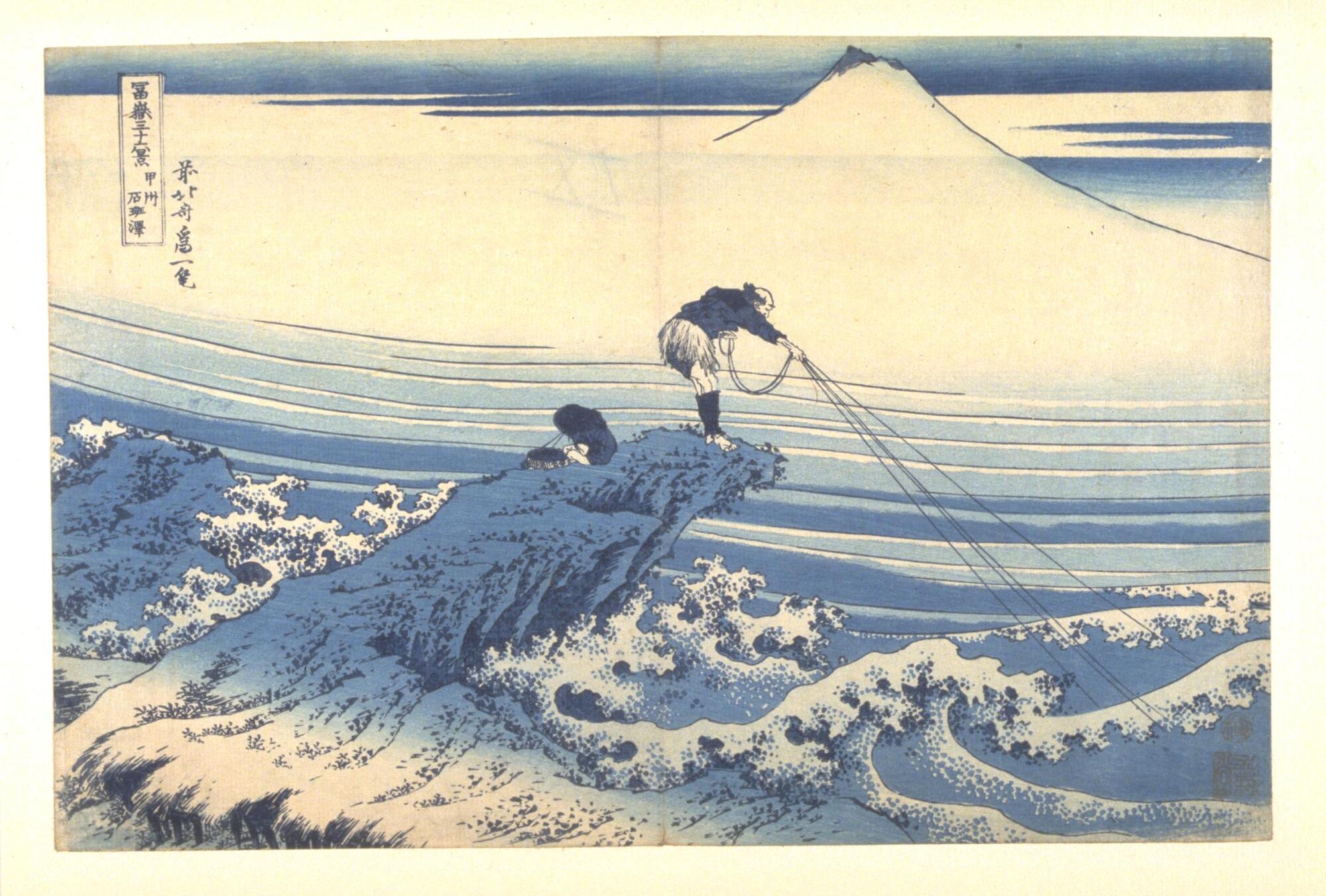 During the late Edo period (1615–1868), domestic tourism in Japan was booming. Although the uses of woodblock prints were varied, one of their functions was to serve as either mementos of or surrogates for travel. These prints are by two of the best-known Japanese woodblock artists, Andō Hiroshige and Katsushika Hokusai, who produced many works featuring famous landscapes. A significant number of them include Mount Fuji, which was visible from Edo (modern-day Tokyo) and emblematic of both the capital city and the country itself. Indeed Mount Fuji was so closely identified with the city that both artists occasionally depicted it larger than it would have appeared, as here, or in the background of locations from which it could not have been seen.

Physical Description
The print depicts a fisherman standing on a seaside cliff perfoming loneline fishing. There are great waves below him striking the cliff and there is a mountain in the background. The print mainly applies the color of white and shades of blue. The artist inscribed the title of the work along with his signature on the upper left-hand corner.