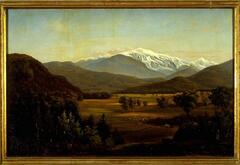 Label copy
March 28, 2009
Rogers’s Nydia, the Blind Girl of Pompeii was an immensely popular sculpture of the late nineteenth century. It was inspired by a character from Edward Bulwer-Lytton’s widely read 1834 novel, The Last Days of Pompeii, which tells the tragic story of Nydia, a blind slave girl. Nydia falls passionately in love with her owner, Glaucus, who, unbeknownst to her, is in love with another woman. When Mount Vesuvius erupts, Pompeii is enveloped in ash, that blocks out the sun and cloaks the city in darkness. Since Nydia is blind, she is still able to navigate the streets, and she guides Glaucus and his lover to the harbor, where all three find safety aboard a ship. When Nydia realizes that Glaucus’s heart belongs to another, she throws herself into the sea. Rogers pictures the dramatic moment when Nydia has become separated from her companions. She calls out to them, straining forward to listen for a reply; the staff is a reminder of her blindness, and the fallen capital at her feet and wet, clinging drapery suggest the danger of her situation. The story must have struck a chord with the public, for the sculpture was in such demand that Rogers reportedly received nearly one hundred requests for replicas; he completed 11 full-sized versions and 46 reductions.
Though Rogers was born in upstate New York and resided in Rome, he spent much of his childhood in Ann Arbor and considered it to be his hometown. Nydia was commissioned for the University in 1858 by a group formed for this purpose. The acquisition was so treasured that a special annex to University Hall was created to showcase the sculpture, one of the first in marble in the state.

Subject matter
Based on a character from Edward Bulwer-Lytton's popular 1834 novel, “The Last Days of Pompeii,” Nydia is a blind girl, who had been stolen and sold into slavery, and was bought by Glaucus, a Greek-born young man, to work in his garden in order to save her from the cruelty of her owner. Nydia mistook his act of kindness for fondness and fell passionately and uselessly in love with him, as he was in love with another woman. During the eruption of Mount Vesuvius, Nydia saves Glaucus and his lover and guides them toward the sea where they find safety aboard a ship. The next morning Nydia throws herself into the sea, as she realizes there is no hope for a future with Glaucus, and becomes a symbol of feminine sacrifice and fidelity.

Physical Description
A white marble statue of a young female figure, leaning forward holding a staff with eyes closed, her left hand held up to her right ear. A flowing, wind-swept garment drapes the figure. On the base to the left of the figure is a broken capital of a Corinthian column lying on its side.