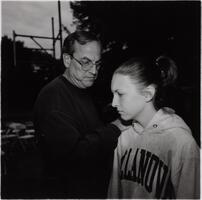 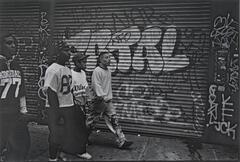 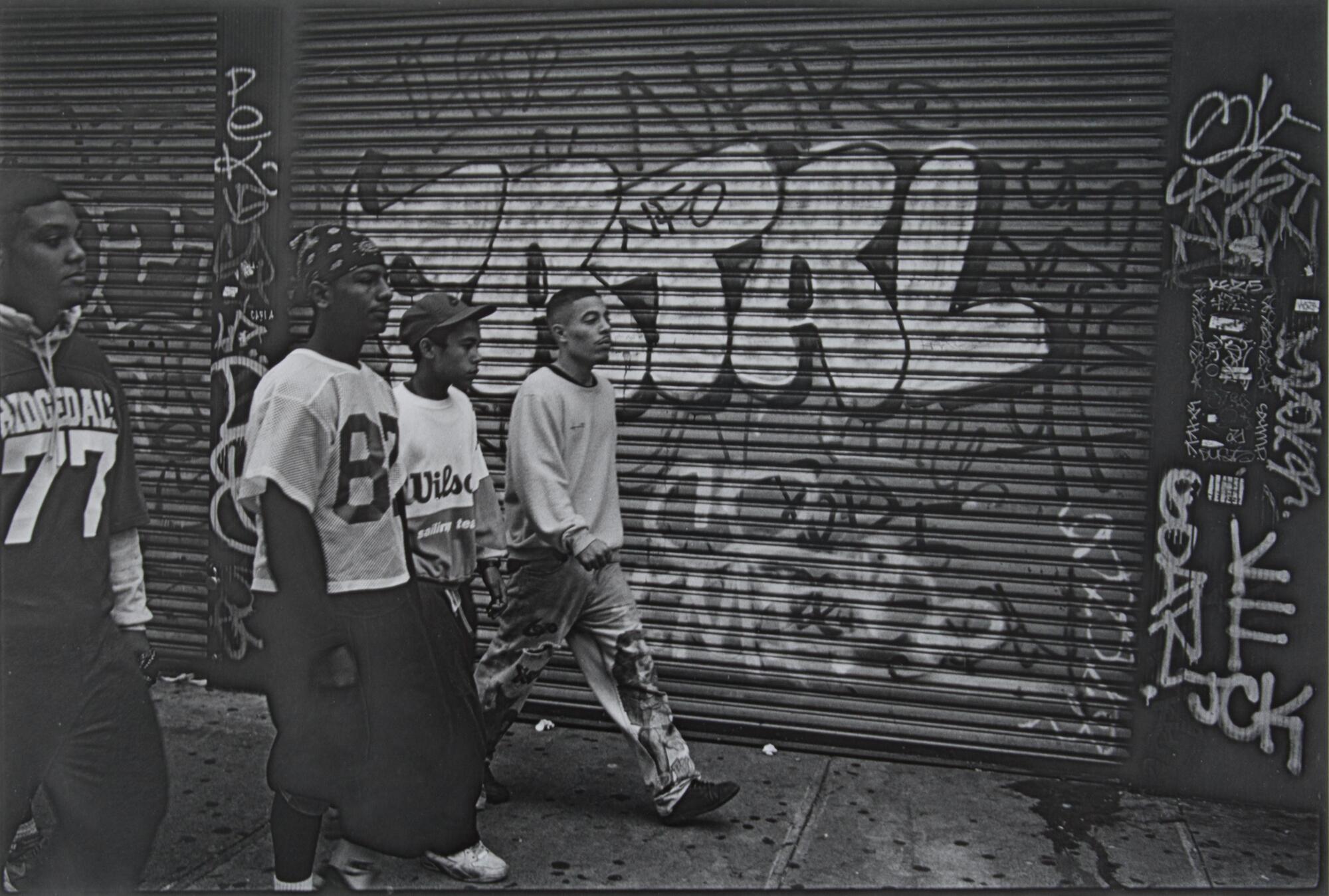 Subject matter
In Let Them Kill Themselves, Lyon documented urban life in Bushwick, Brooklyn. He first met a group of boys on the J Train. Intrigued by them, he followed them, asking to take their photographs. Carlos and his friends became a recurring subject in Lyon's photographs from this time period. Carlos and his friends played football on weekends, and in an interview, Carlos commented on gun violence that occurred after the games. This photograph shows the group of young men in athletic attire, returning from a game.

Physical Description
A photograph of a group of four young men in football jerseys and casual attire walking down the street. Behind them are two steel rolling doors covered in graffiti.