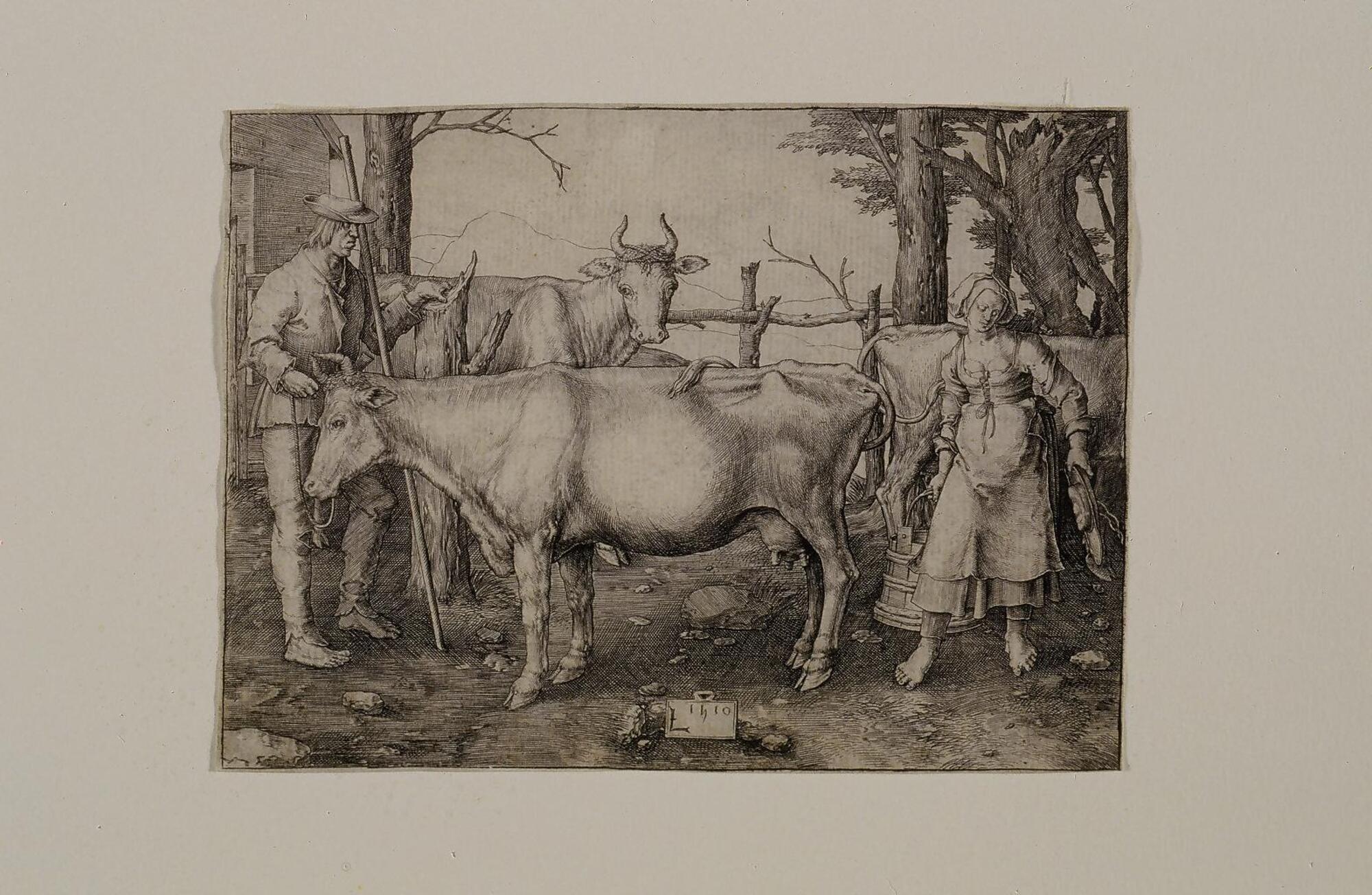 Van Leyden brings a high level of artistic and technical proficiency to this engraving of a rural subject completed early in his career, perhaps when he was a teenager. The action unfolds in the foreground where two coarse peasants tend to their cows. Though the background is nearly empty, depth is suggested through the varied and carefully constructed forms of the animals, gures, and landscape features. The cow in the foreground demonstrates the young artist’s great technical proficiency.

Subject matter
Van Leyden depicts a cowherd and milkmaid. Van Leyden made at least 168 engravings in less than 30 years, which were mostly signed with an ‘L’ and dated from 1508 onwards. The artist’s early prints did not conform to the contemporary practices, making the technique and iconography distinct. However, around the time of “The Milkmaid”, he chose more conventional subjects. Van Leyden was the first Dutch artist to establish, while he was still alive, an international reputation as an engraver. In the 17th century, Rembrandt was inspired by Van Leyden’s engraving of the "Ecce Homo", 1510.

Physical Description
This engraving is horizontally oriented. The length of a cow (with its head to the left and its tail to the right) is the focal point, taking up about a third of the image. At the cow’s head on the left, a barefooted man with a hat leans on a pole and rests his arm on a tree trunk. Behind the man is another cow with horns and he is standing in front of a building. The ground is rocky and a fence made of thin tree trunks runs along the background. At the cow’s tail on the right, is a peasant woman with bare feet. Her head is covered with a cloth and she labors to carry a heavy wooden milk bucket. Several trees and another cow are behind her. A small plaque on the ground in the foreground contains an inscription.

Rights
If you are interested in using an image for a publication, please visit http://umma.umich.edu/request-image for more information and to fill out the online Image Rights and Reproductions Request Form. Keywords
cows (mammals)
farmyards
milk
women (female humans)