Collection Object
Terrors and Pleasures of Levitation, No. 99 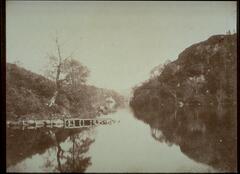 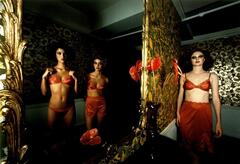 Physical Description
A color photograph of three models in an interior space, each wearing white satin lingerie. Two models stand in the background next to a large full-length wall mirror, in which their reflections repeat. In the foreground, a third model reclines on a large sofa.