Foyer of an Apartment 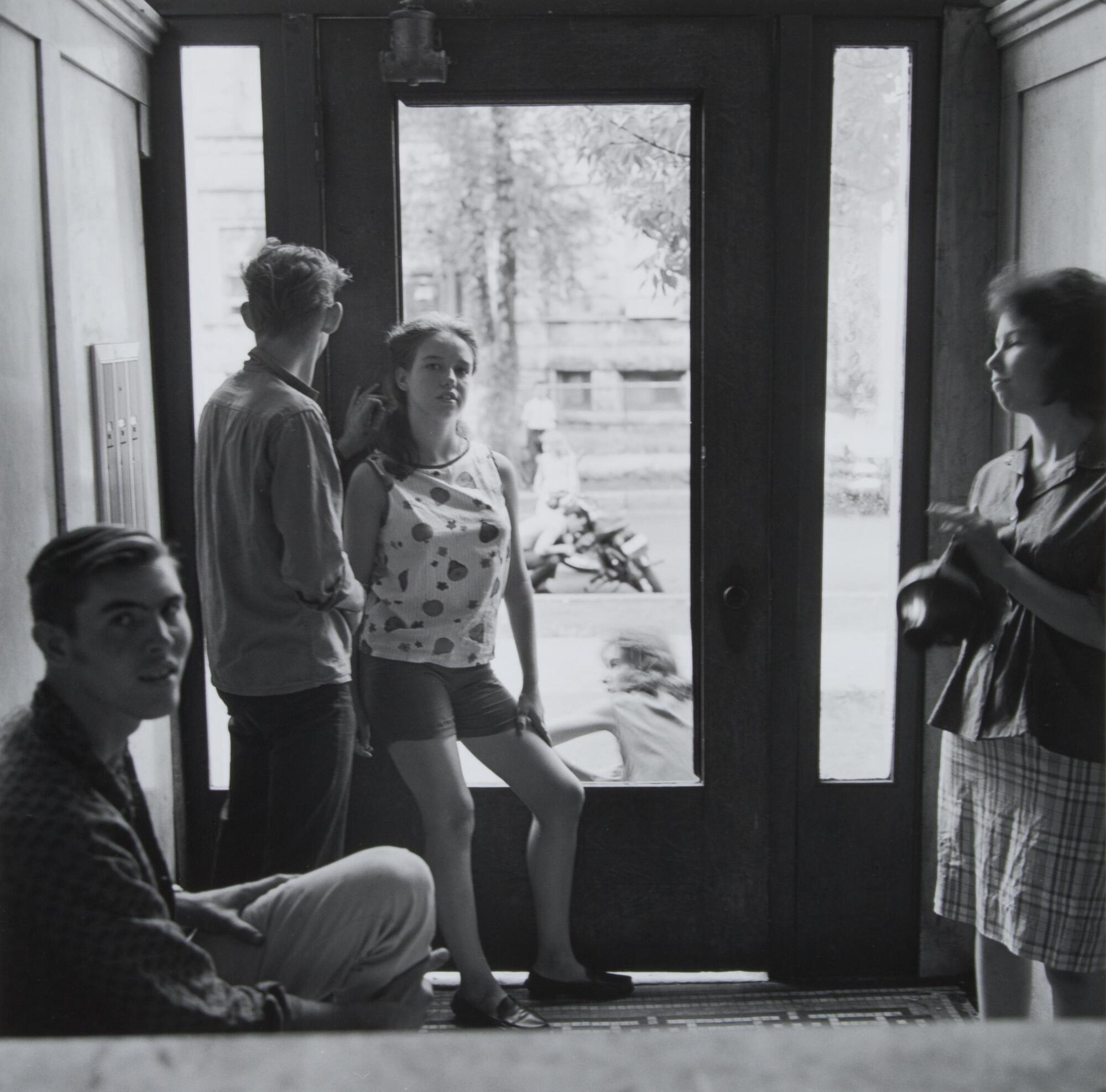 Title
Foyer of an Apartment

Physical Description
A photograph of two men and two women in an apartment foyer. They stand casually as they interact with one another. Beyond the door, people are visible on the street.