Hogarth - the Four Times of the Day - Morning: who are they? 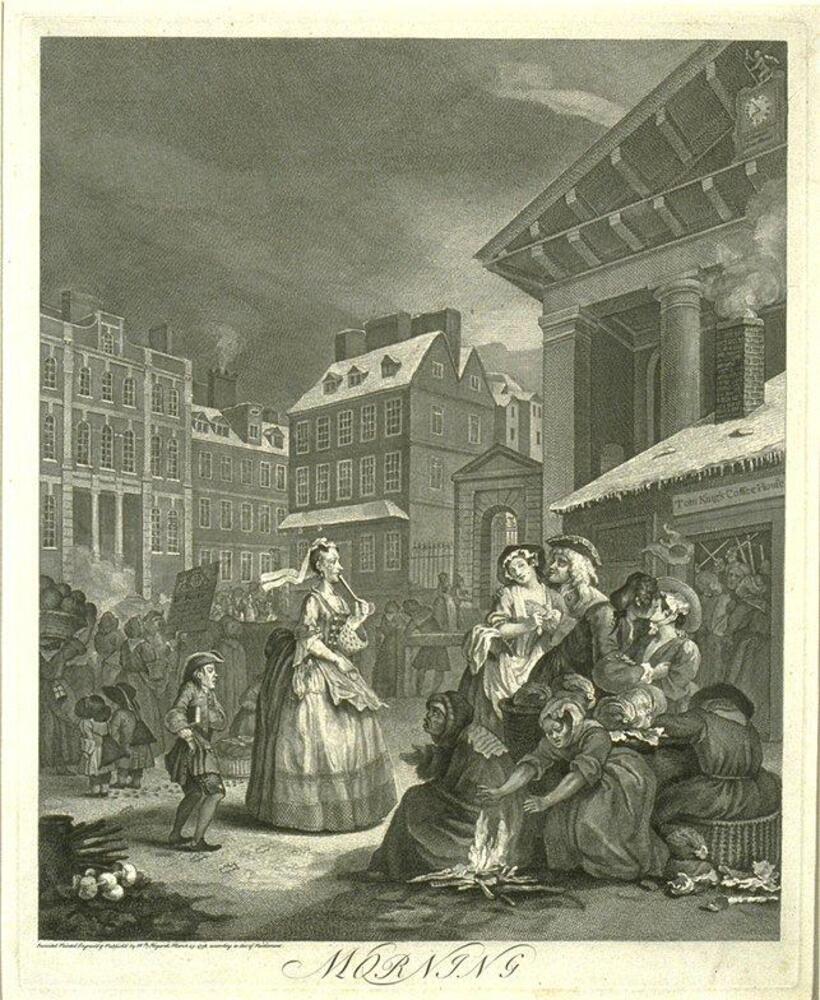 ﻿This could be a caricature of the 1st Prime Minister of Britain, Sir Robert Walpole, canoodling on the right of the picture with his mistress, Maria Skerrett. On the left, the "lady" looking on would be his youngest son, Horace Walpole, who was gay. Horace's beloved mother had died only the year before, although his father had not waited until her passing before taking on several other mistresses. The small figure following behind the "lady" is harder to identify, but could be Horace's school friend, Thomas Ashton.

Already the parents of a daughter*, Sir Robert Walpole and Maria Skerrett were married in a lavish wedding paid for by her dowry c. March 1738, but she died in childbirth three months later.

In the background can be seen the notorious Tom King's Coffee House, which was never prosecuted as a brothel because no beds were provided. In the morning (as the print is titled) the coffee house would still be open having remained so all night. The beggar woman(?) sitting by the fire may be African.

Confusingly, the winter of 1737-8 is described as mild, whereas the following winter was one of the coldest on record.  However, before 1752, the New Year started on Lady Day, March 25th. It is probable, therefore, that this print is dated 1738 OS (Old Style), which we would view retrospectively as sometime from Jan 1st-March 24th 1739.

All Rights Reserved (Text written and collated by Sophie Grillet.)