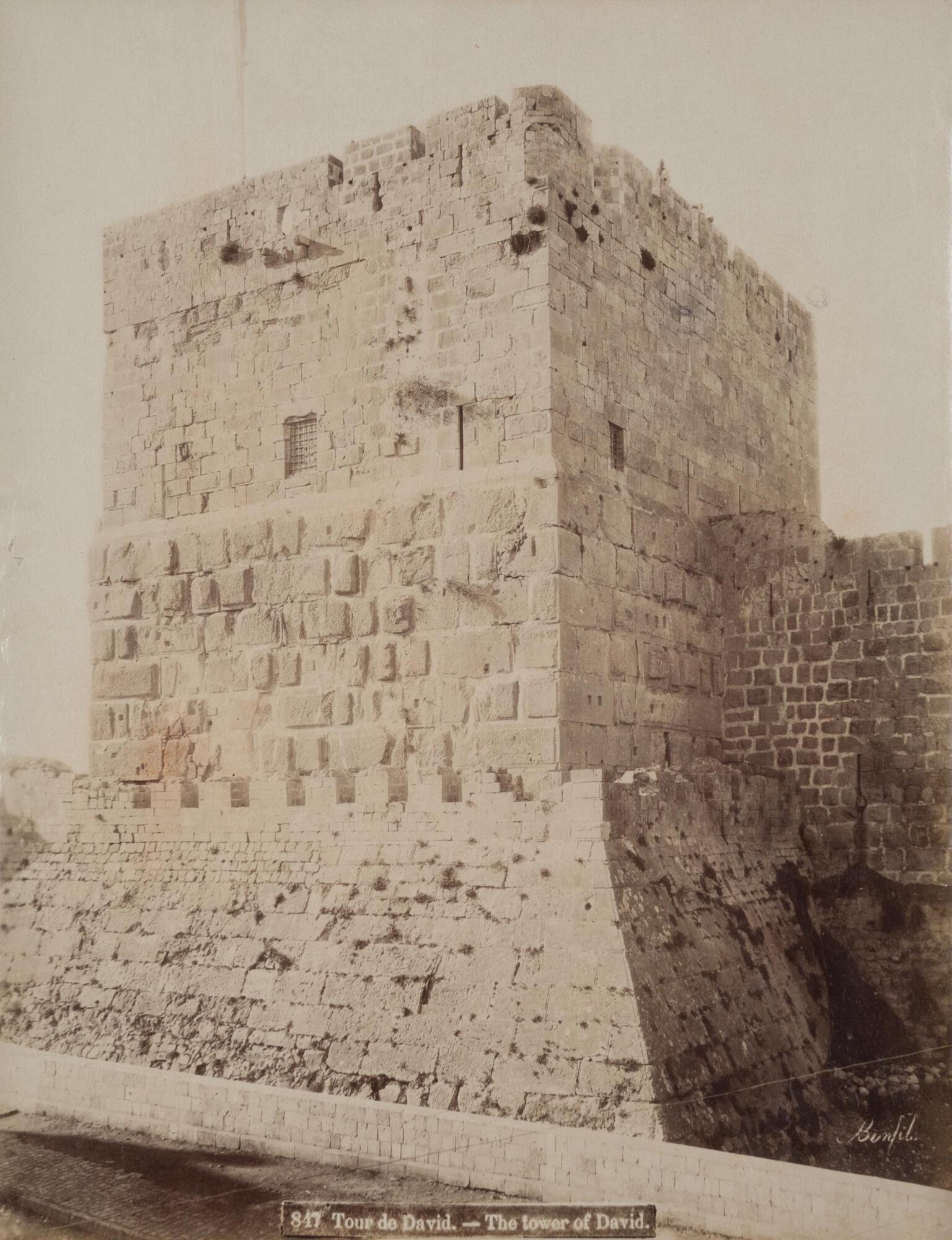 Subject matter
A rectangular stone tower, which forms part of the larger defensive complex called the Tower of David, is presented here at a somewhat oblique angle viewed from below. The stark contrast between the sunlit left and shadowy right side of the tower forms a crisp edge. The structure’s close proximity to the camera allows one to detect the variegated tones and textures of the decaying medieval stone. Further, the close cropping of the photograph largely decontextualizes the building, an effect that makes the tower appear solitary, forlorn, and perhaps even abandoned. This image is one of hundreds of photographs made throughout Bonfils's career which purport to document various landscapes, cityscapes, and people of the eastern Mediterranean.

Physical Description
The photograph shows a rectangular stone tower from below with crenellated battlements, small grated windows, and a sloping base.