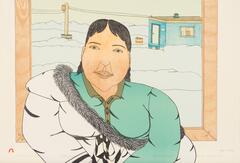 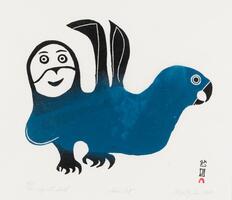 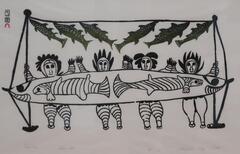 Label copy
March 28, 2009
American artists in the early twentieth century sought to create their own artistic traditions—ones not tied to Europe. For a number of painters the southwestern United States presented a palette and motifs that were distinctly American. Artists such as Georgia O’Keeffe, E. Irving Couse, and Victor Higgins spent time in New Mexico, immersing themselves in the region’s culture and producing many paintings of its stark landscape and native peoples.
After attending art school in the United States and studying in Munich and Paris, Higgins moved to New Mexico in 1914 and painted a number of portraits of Native American women. Most depict the sitters with simple dignity— decorative accents are pushed to the periphery of the image. The two figures of Oka and Walmacho convey a stoic strength; broadly painted and richly colored, the masses of the women take on the solidity and simple geometry of the pueblo pottery from the region. Though they are connected to one another by the merged outline of their forms, the women’s psychological isolation is conveyed by their facing in different directions.

Subject matter
During his early years in Taos, New Mexico, Victor Higgins painted scenes of Native Americans. In this painting he shows Oka, standing beside her daughter, Walmacho. There is an amulet of feathers and bone hanging on the wall next to them. While wearing this amulet as an infant, the daughter was thought to have brought her people good luck during an attack and helped them to be victorious. She was then given her name which means, "good luck".

Physical Description
In this painting, done in broad brush strokes, the figures of two women fill the composition. The woman on the right is seated in profile and the other, standing behind her, gazes out into the distance. They both wear shawls which make their bodies monolithic forms. A strong outline appears, especially around their heads, because they are set againist a plain white wall. There is also a strong color contrast between the dark black shawl worn by the standing woman and light pink shawl of the seated one. An amulet made of bone and feathers hangs on the wall in the upper right corner of the painting.