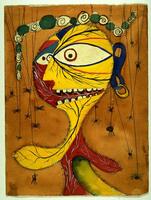 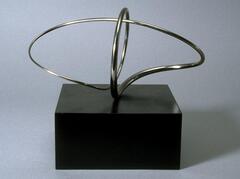 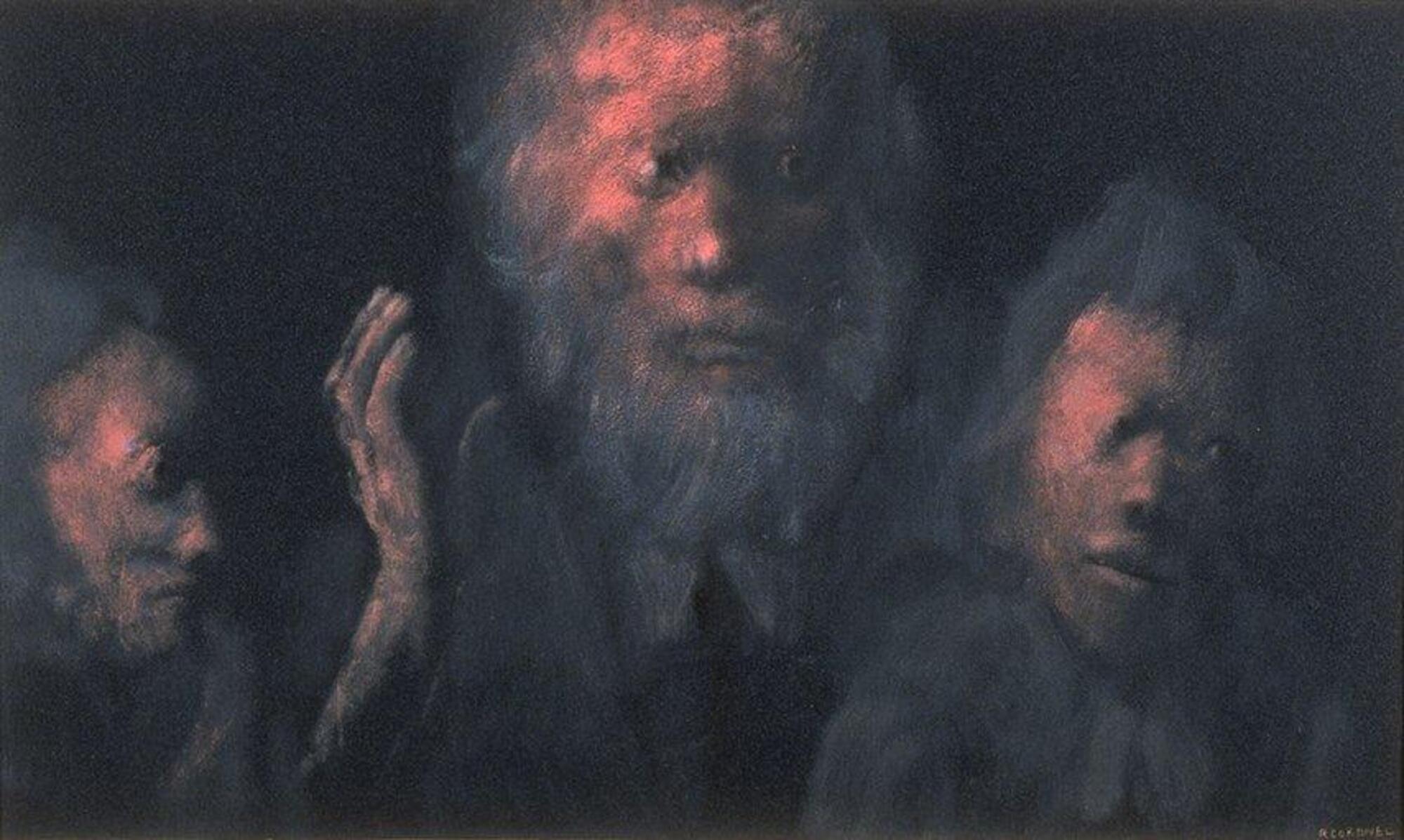 Medium & Support
oil on board

Physical Description
A group portrait of three figures shown from the chest up, against a black background. An older man faces forward, in the center, with gray hair and a gray beard. The person to his right faces and stares intently at him. The person to his left appears younger, has tousled hair and gazes off to the side.