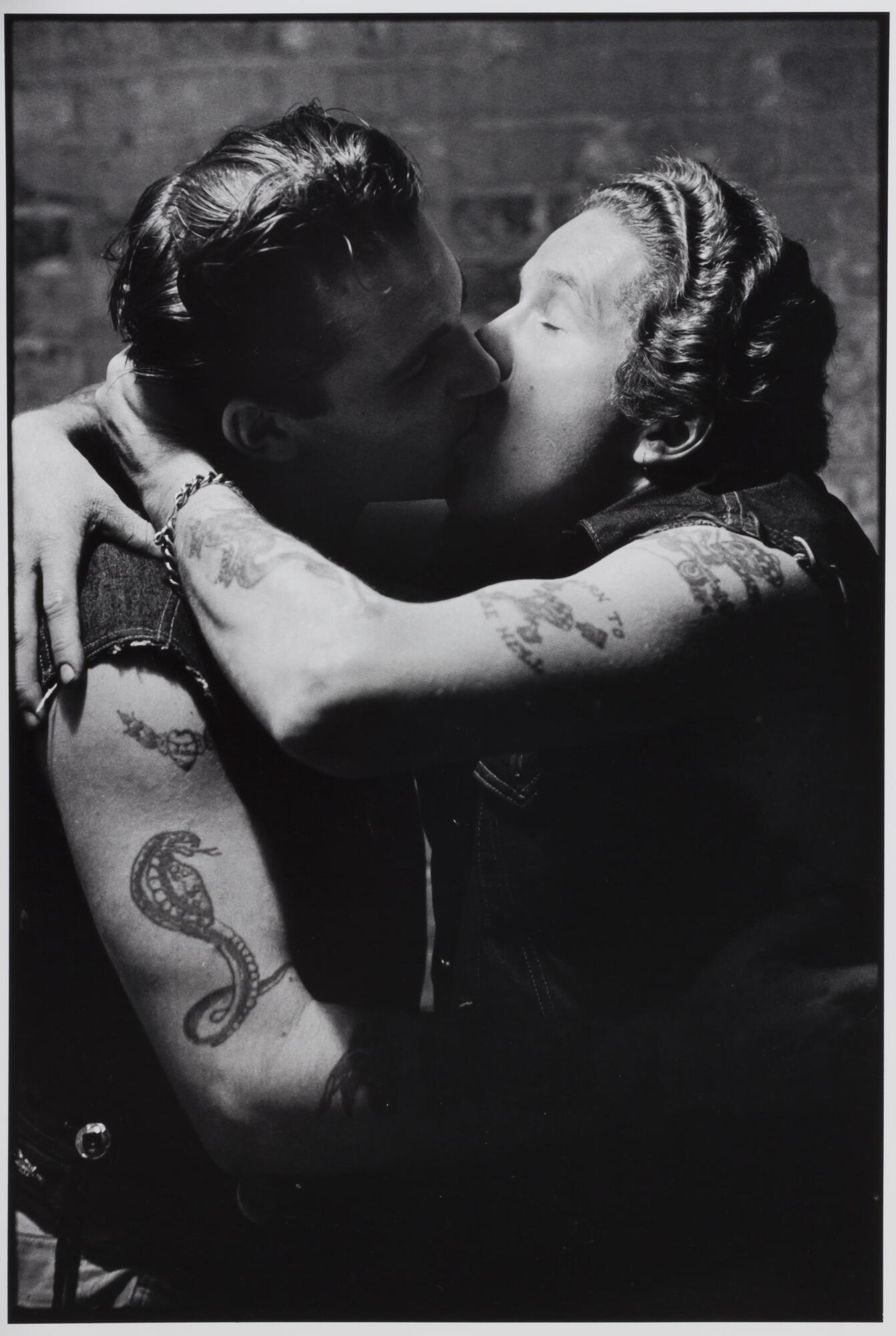 Physical Description
A photograph of two men kissing. The man on the right wraps his arms around the other. Each have tattoos on their arms and wear cut-off vests.