From Dayton to Columbus, Ohio 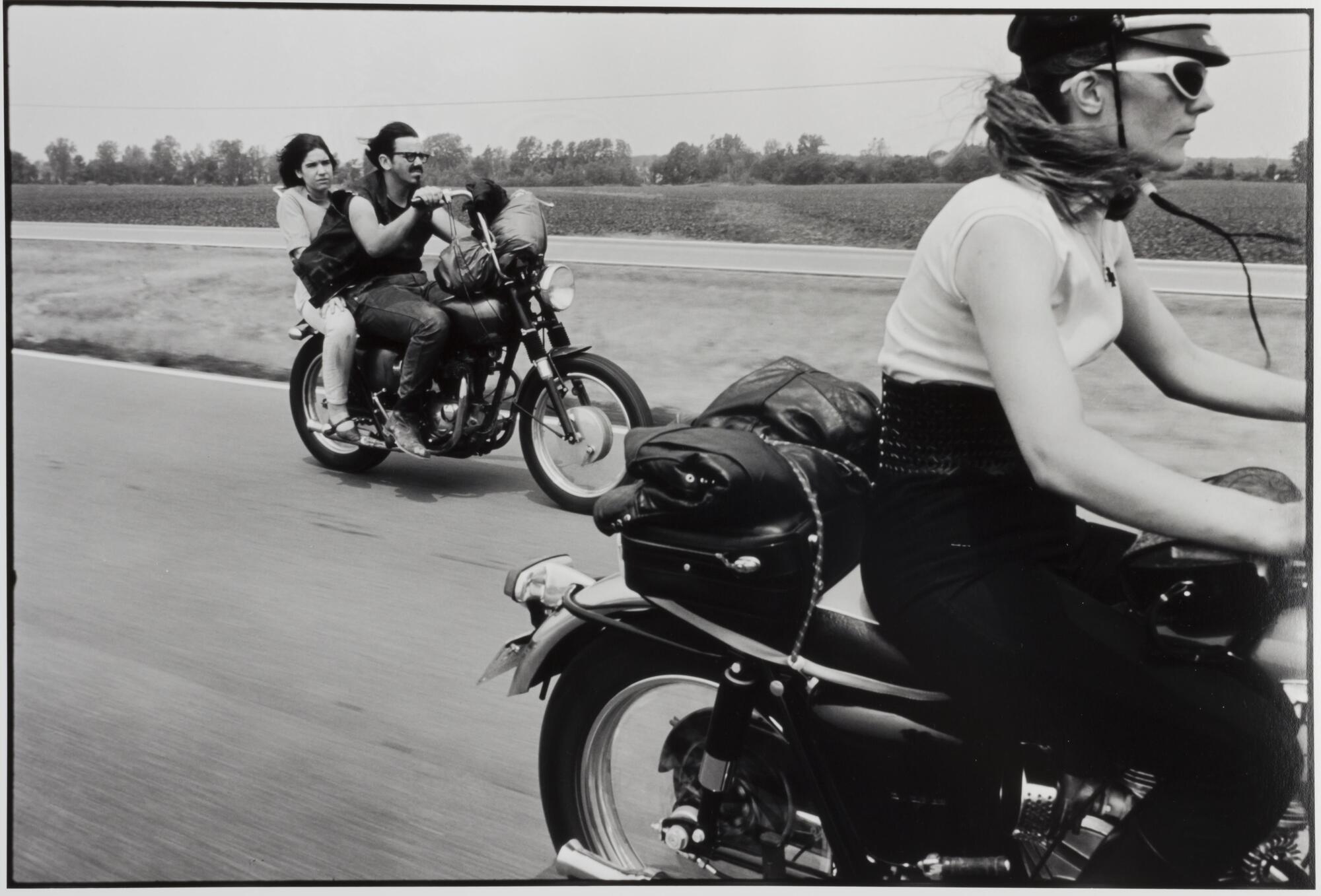 Title
From Dayton to Columbus, Ohio

Physical Description
A photograph of two motorcycles driving on a highway. A woman rides the first motorcycle, which is cropped at the right-side of the frame, while a man and woman ride behind in the mid-ground.