Joust in the Marketplace 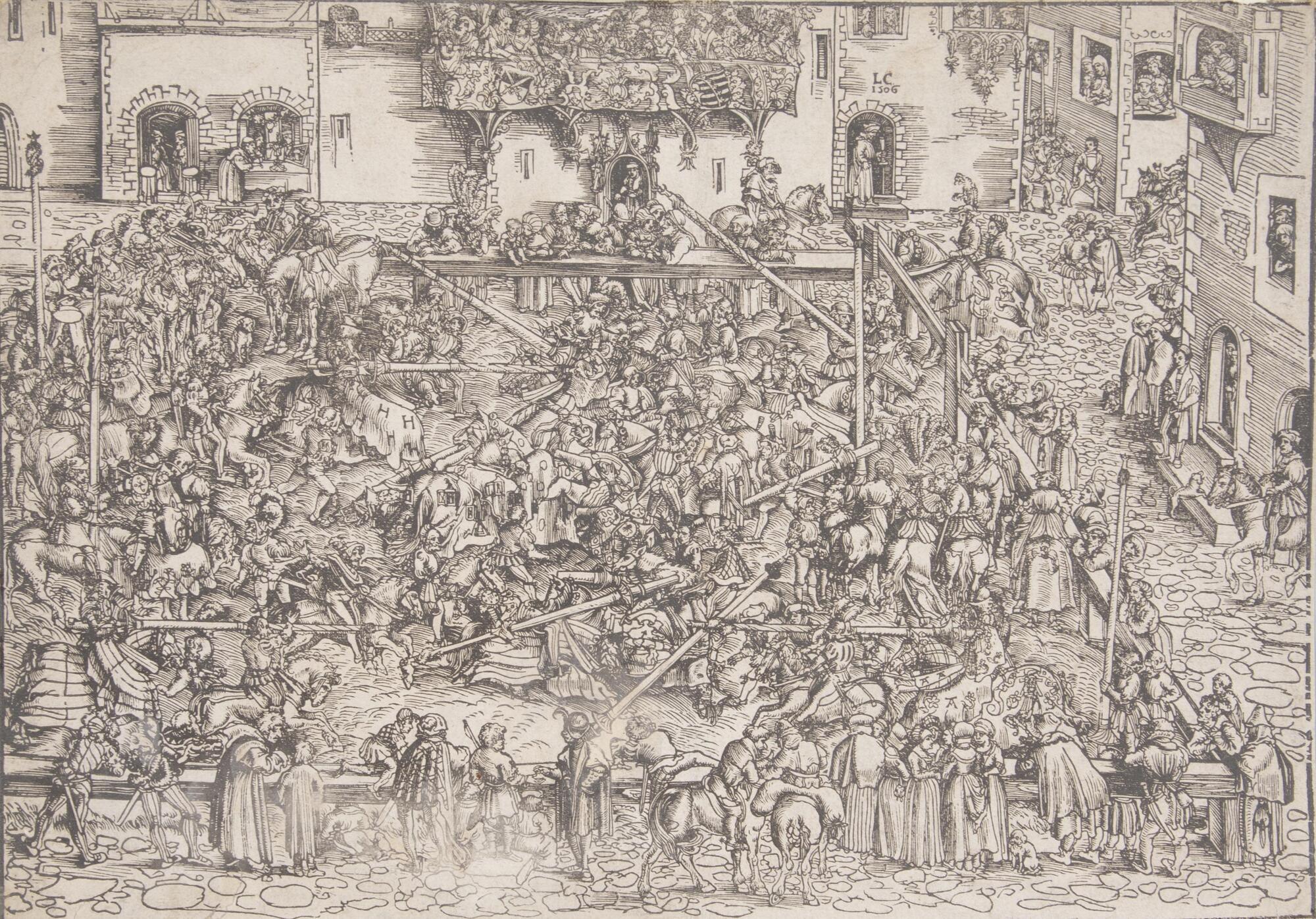 Title
Joust in the Marketplace

Subject matter
A scene of a joust in a marketplace or public square.

Physical Description
This woodcut depicts a town square surrounded by buildings on the top and right edges of the composition as though viewed from above. Within the square is a field delimited by a fence in which a multitude of figures and figures on horseback are engaged in a chaotic battle. Several figures direct large lances toward other figures. Crowds of young and old and male and female figures watch the action from behind the fence and from within doorways, balconies and windows in the surrounding buildings.