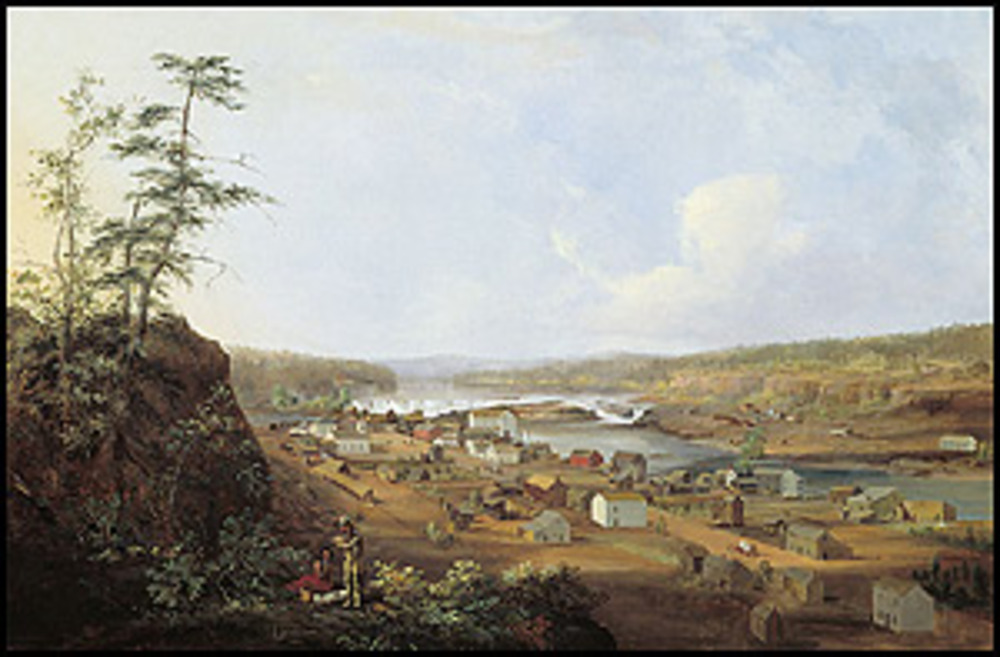 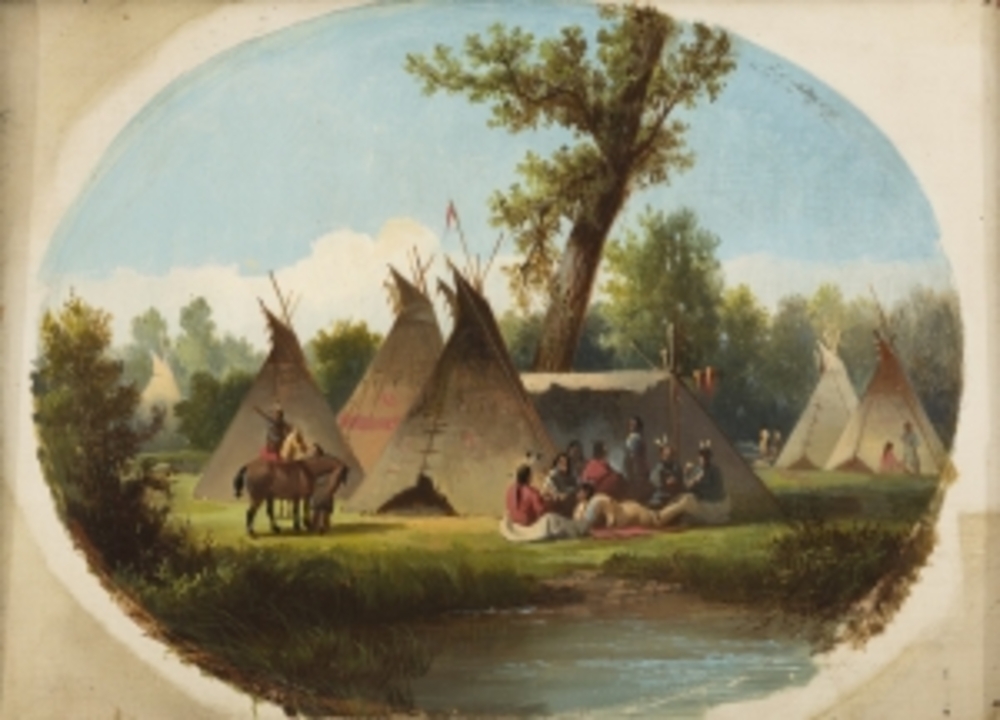 John Mix Stanley was well known for his paintings during his travels towards the Western United States, and how his paintings depicted scenes of Native Americans and Scenery. Mount Hood from the Dalles, a piece by Stanley, reflects a scene in nature and a small depiction of an Indian village in the bottom left corner of the foreground. The main focus of the painting was clearly the uninhabited part of the scenery, with the large lake and the mountains in the background, indicating a grand importance in the scenery. This indicates perhaps a particular attraction to the undeveloped, or perhaps a favorability towards the land rather than the Native Americans that are depicted as well.

This trend is also exemplified by the painting, Oregon City on the Williams River, 1850 (Carter Museum). This painting emphasizes a developing area in the background, but what seems to be displaced Native Americans in the foreground. It can almost be said that there is a certain Motif experienced by these two paintings where the focus is on the background, while the foreground is painted with less emphasis where it is common to see indigenous people.

Could this be suggestive of what Stanley’s inner views were on Native Americans? Perhaps. The painting, The Trial of Red Jacket (1869), depicts a scene where a Native American is testifying that he is not practicing witchcraft (Smithsonian Art Museum) and the painting, Assiniboin Encampment on the Upper Missouri, also depicts what looks like to be a normal Native American scene. Now a trial or meeting may not be particularly abnormal, but what is continuously peculier throughout these two paintings, is that there seems to be no influence from the colonizing people. This is important to note as Stanley’s paintings of Native Americans can be seen as portrait-like, or photographic in a sense, as they depict a normal scene that could happen, or did actually did happen. This contrasts with the paintings that depict scenery but feature Native Americans in the corner of the foreground. The placement, and the insignificance that becomes of the Native Americans due to the lack of attention the artist brings to the section of the painting, may indicate an idea of his feelings of Native Americans. When it came to observation he was direct, painting a realistic manner, but when it came to some type of comparison, even just featuring a land feature, Native Americans are often times given significantly less attention. This can be construed as an indication of his preferences towards Native Americans, thinking of them as insignificant beings, even in comparison to nature. However, we also must address the fact that Stanley was one of the only artists who was considered to paint Indigenous people in a fine art way, rather than just for scientific/ observational purposes like Catlin and other artists of the time (Verboort). Therefore, we cannot necessarily deduce his feelings about Native Americans in total, but what is for sure is that he both respected them, but perhaps not as much as other things or people.