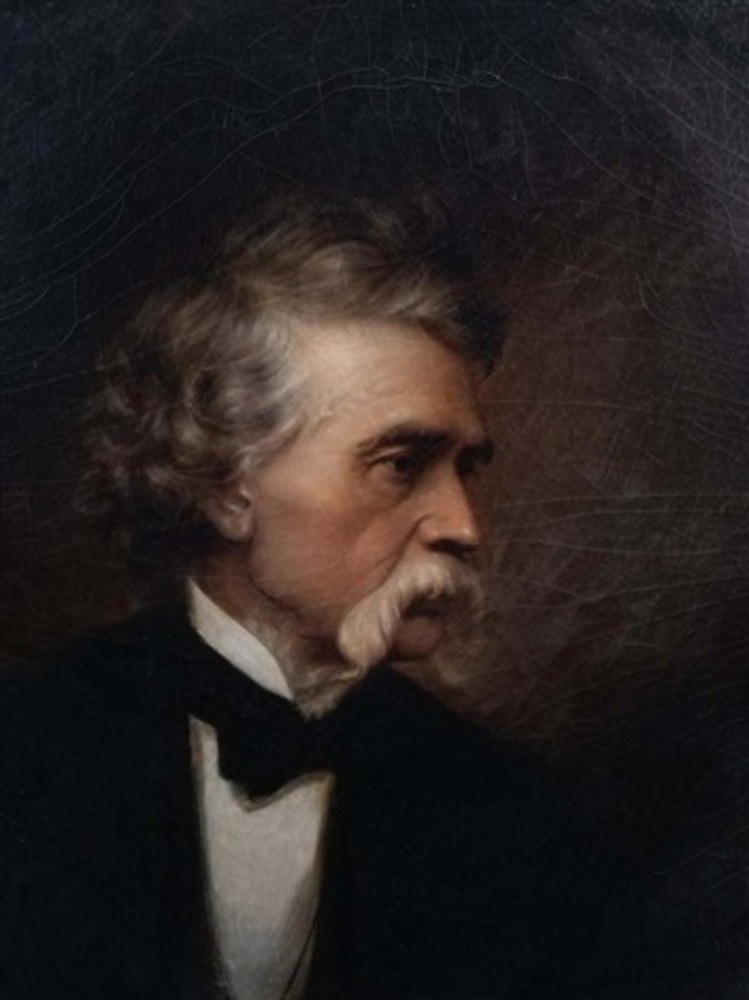 John Mix Stanley was an American artist who made his name painting the portraits of American indigenous people in the mid-1800’s. Stanley was born in 1814 in Canandaigua, New York. When he was just 14, he was orphaned and became an apprentice to a coachmaker. Stanley painted signs and decorated sideboards for the coachmaker, and this period was likely one of his first exposures to painting. In 1834, at age 20, Stanley moved to Detroit in order to work as a house and sign painter. Once there, he met the painter James Bowman, who gave Stanley lessons in portraiture that would go on to define much of his later work. Bowman had trained in Italy, and his semi-mentorship of Stanley likely advanced the young artist’s skill set greatly. Bowman and Stanley continued to work together for the next few years, traveling around as itinerant portrait painters. They traveled to Chicago, Philadelphia, Detroit, Baltimore, and New York for work, which allowed Stanley to paint portraits of a diverse array of people. In 1839, Stanley visited Fort Snelling, Minnesota, where he painted portraits for the indigenous people of the area. This was Stanley’s first work portraying indigenous people, which is what later distinguished him from the other artists of his era. In 1842, Stanley and a friend visited native American territory in present-day Oklahoma. They arrived at Fort Gibson, where Stanley set up a portrait studio. Just a year later, in 1843, Stanley moved to Tahlequah, another area in Oklahoma. Also in 1843, Stanley attended a council consisting of the Delaware, Camanche, Seneca tribes as well as some representatives from the Republic of Texas in Oklahoma. Following this time, it’s possible that Stanley visited the border of Texas, evidenced by some Comanche portraits done in 1844. Stanley left Indian territory a year later to focus on exhibiting his work across the country. Stanley then joined Brigadier General Stephen Watts Kearny’s westward expedition from New Mexico to California in 1846, where he painted several landscapes and portraits of Native American tribal leaders. In 1848, Stanley visited Hawaii and painted portraits of King Kamehameha III and his family. Stanley went on to take part in the 1853 Pacific railroad survey, his second large cross-country expedition. During the survey, Stanley painted landscapes ranging from the Midwest to Washington.Tragically, in 1865, two fires at the Smithsonian Museum and P.T. Barnum’s New York Museum claimed upwards of 200 of Stanley’s works. This event was a defining moment in Stanley’s career, and much of the artist’s legacy was lost. Stanley spent the remainder of his life attempting to recreate the lost works, though a fire at Stanley’s studio in 1872 engulfed even more of his paintings. This tragic period in Stanley’s life ended with his death in the same year due to heart failure.