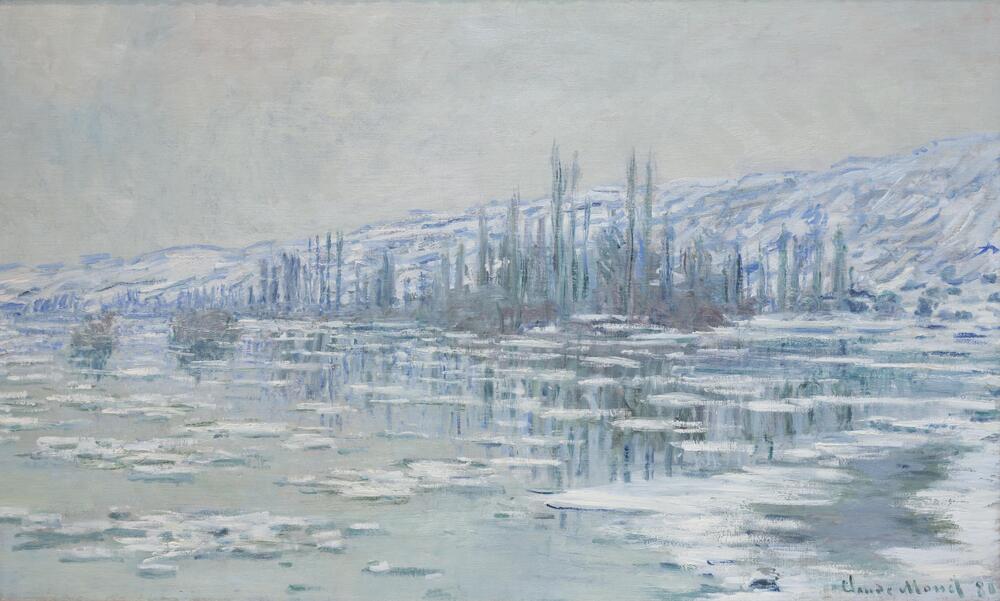 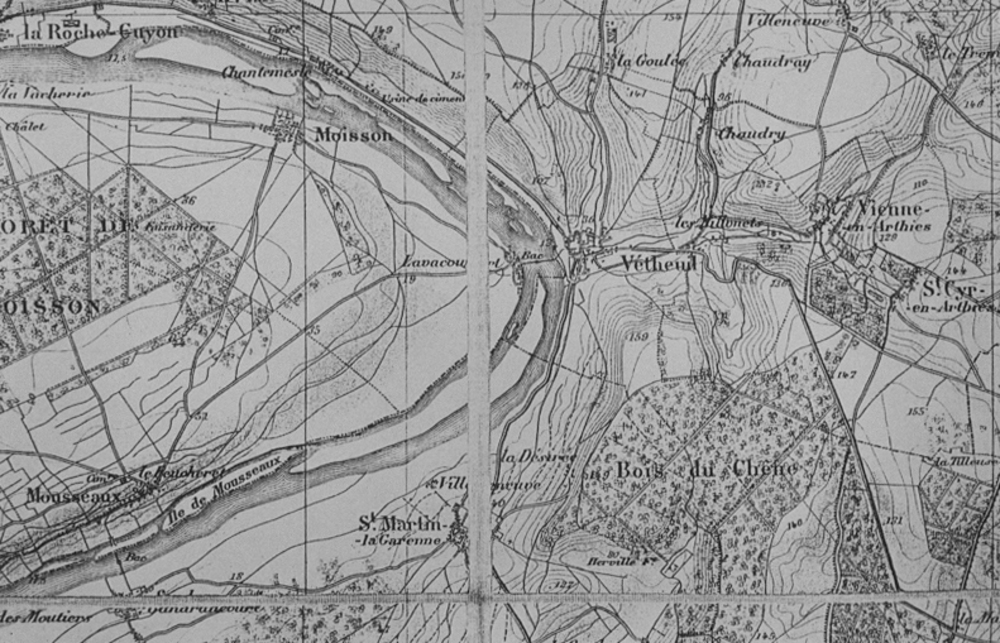 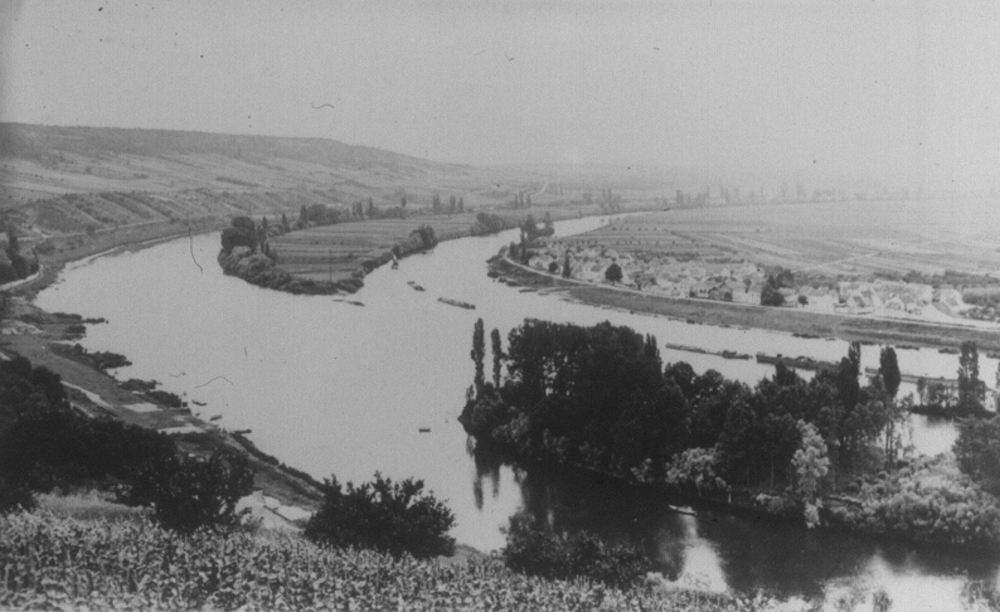 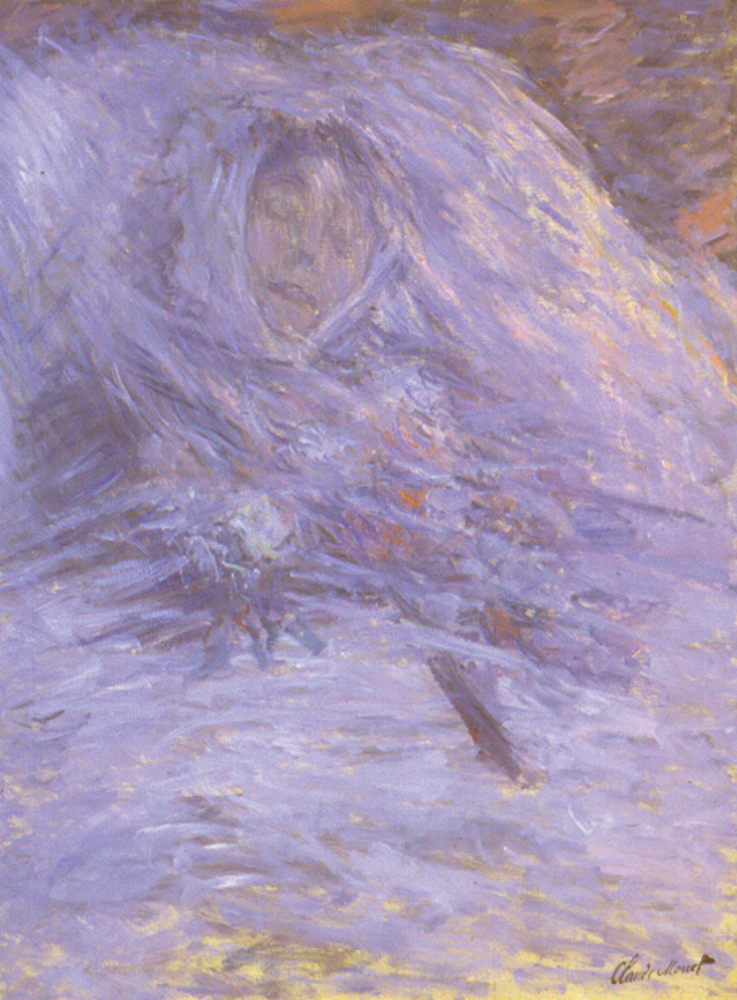 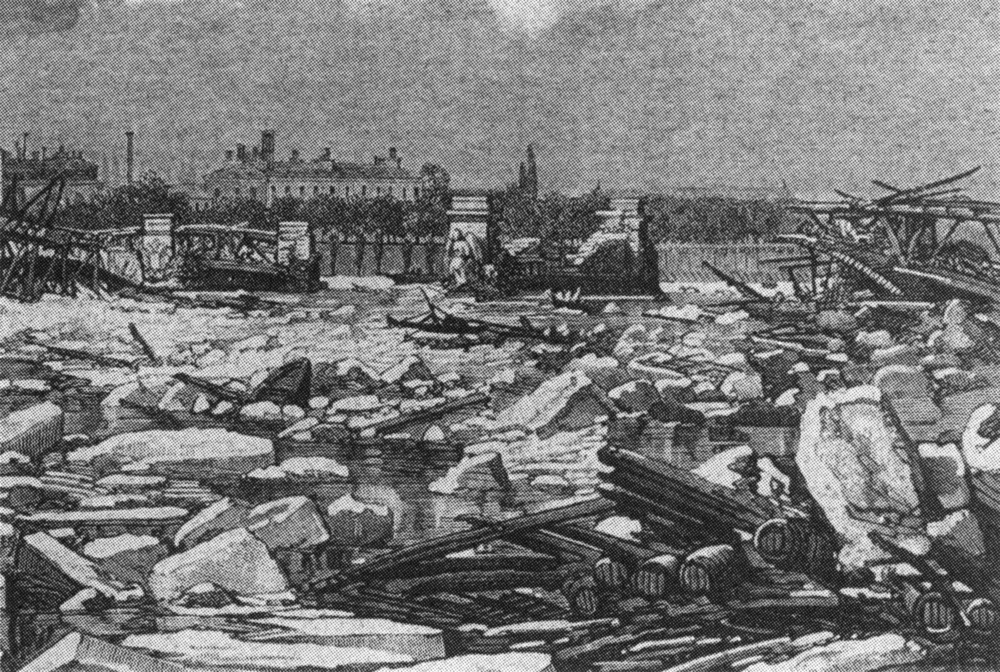 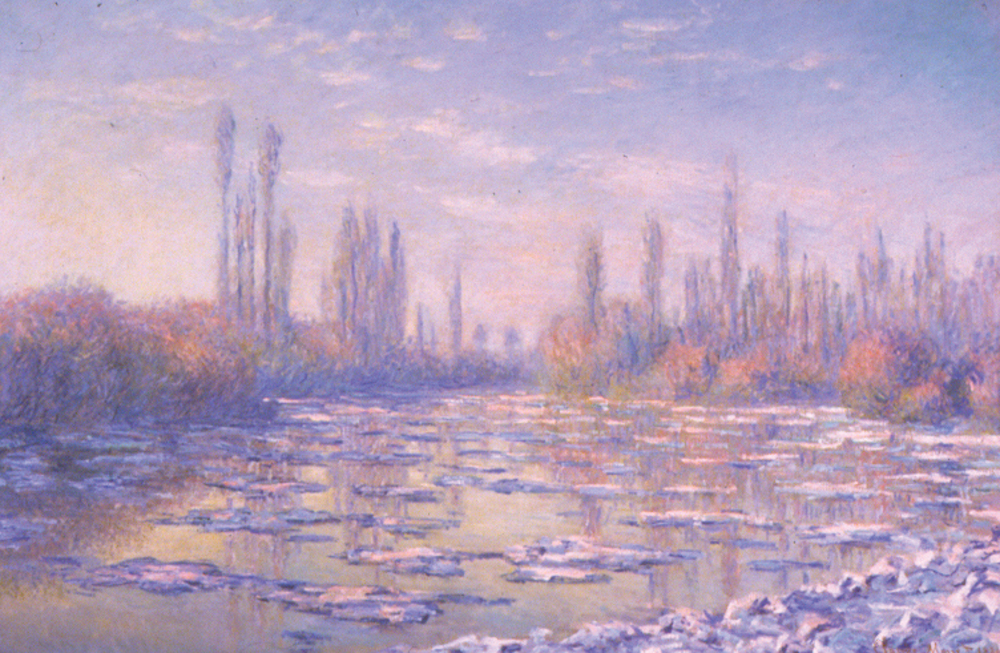 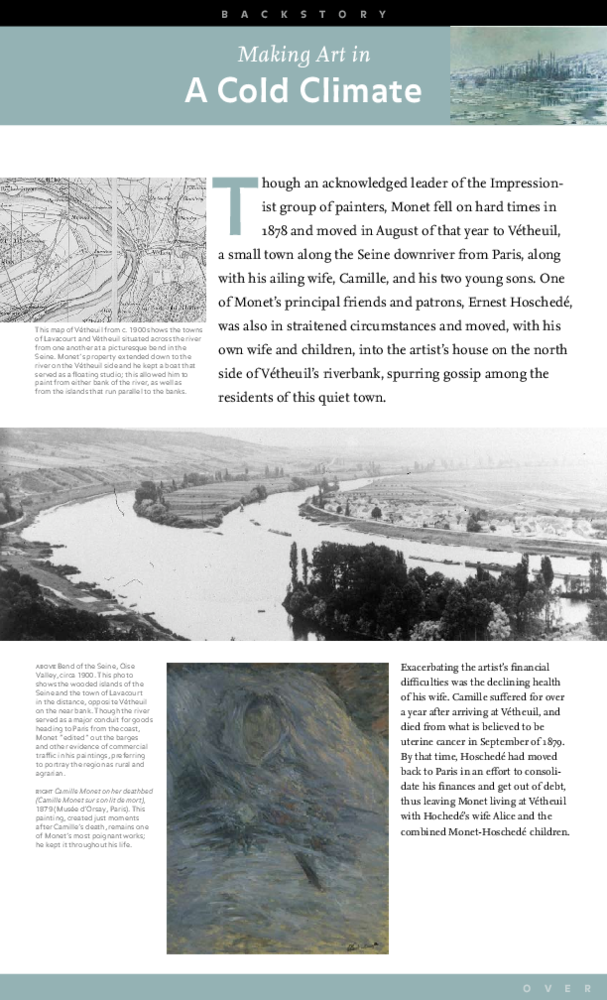 Though an acknowledged leader of the Impressionist group of painters, Monet fell on hard times in 1878 and moved in August of that year to Vétheuil, a small town along the Seine downriver from Paris, along with his ailing wife, Camille, and his two young sons. One of Monet’s principal friends and patrons, Ernest Hoschedé, was also in straitened circumstances and moved, with his own wife and children, into the artist’s house on the north side of Vétheuil’s riverbank, spurring gossip among the residents of this quiet town.

Exacerbating the artist’s financial difficulties was the declining health of his wife. Camille suffered for over a year after arriving at Vétheuil, and died from what is believed to be uterine cancer in September of 1879. By that time, Hoschedé had moved back to Paris in an effort to consolidate his finances and get out of debt, thus leaving Monet living at Vétheuil with Hochedé’s wife Alice and the combined Monet-Hoschedé children.

Monet found it difficult to pay for canvas and paints and frequently wrote to friends and patrons, asking them to lend him money so that he could keep working. When he could afford to paint, he stayed close to home, depicting views along the river at Vétheuil, and still lifes when the weather turned bad during the fall of 1879. His finances were so dire that when Camille died, he begged a friend in Paris to redeem a necklace of Camille’s from a pawnshop so that she could be buried with it. The winter of 1879-1880 brought further crisis for Monet. It saw some of the coldest weather on record, not only in France, but also across Europe from Madrid to St. Petersburg. After weeks of below-freezing temperatures, the Seine froze over completely and record snowfalls made travel in Paris nearly impossible. Added to the loss of Camille and his precarious finances, this protracted cold left Monet despairing that conditions would ever improve.

During the first days of January 1880, there was a rapid warming, creating a debacle—or dramatic thaw—of the river, resulting in catastrophic damage as large chunks of ice streamed downriver and water inundated the countryside. Monet began painting immediately, creating images of the ice floes that ranged from somber to ethereal. Many of these canvases were worked on until the late winter, resulting in a group of views that anticipated the serial approach that would become the hallmark of Monet’s style beginning in the 1880s.

Though the three years Monet lived at Vétheuil were marked by tragedy and difficulty, ultimately it was during this period that he found a new approach to painting.

All Rights Reserved (Developed with support from the Institute of Museum and Library Services, the Getty Foundation, and other generous donors.
)