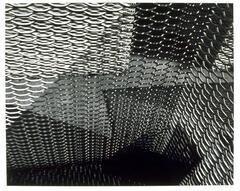 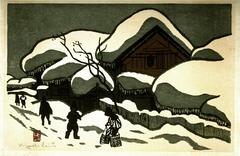 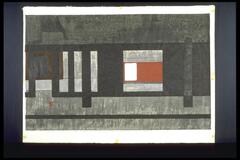 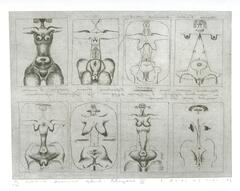 Collection Object
Communication, from the portfolio "Expedition to the Holyland" 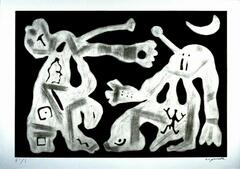 Collection Object
The Opposition Want to Overthrow the Government, from 'Expedition to the Holylan 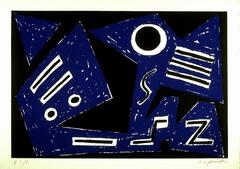 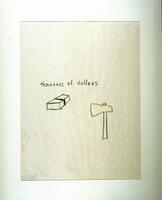 Subject matter
Expanding on his beginnings as a graffiti artist, this work represents several drawings Basquiat created around this time that combine text and image. Here, the image of a stack of money and a hatchet combine with the simple phrase "thousands of dollars" to confront on the essential character of this text-image pairing, a reconsidering of the core meaning of these objects.

Physical Description
This is a line drawing on white paper. There is a hatchet, an oblong box with a dark line around the middle and the words, "thousands of dollars". The drawing is signed and dated (l.r.).