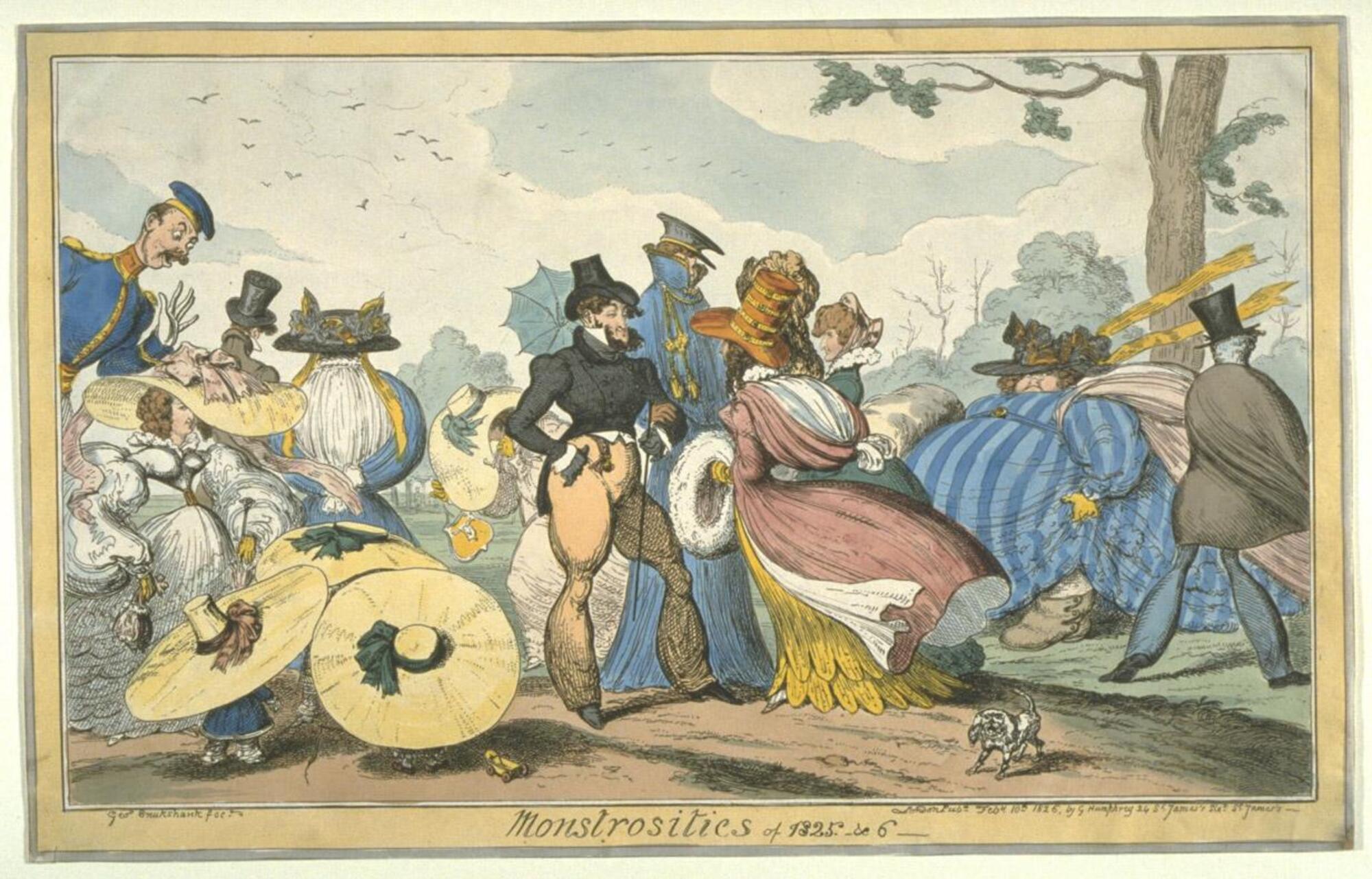 Label copy
Gallery Rotation Winter 2012
George Cruikshank
England, 1782–1878
Monstrosities
1825
Etching with hand-coloring
Museum purchase, 1989/1.71
The Regency period, loosely speaking the years that witnessed the transition from the Georgian to Victorian eras, was a time of uncertainty and excess and great social, political, and economic change. British printmaking during this time included a healthy dose of satire, and several artists, including Thomas Rowlandson (1756/57–1827) and the brothers George and Isaac Robert (ca. 1764–1811) Cruikshank, applied their wit to recording their observations of the social scene around them. Here Cruikshank underscores the excesses of high fashion through the device of a blustery day, exaggerating the broad brims of the hats of both women and small children, who are effectively rendered unidentifiable.

Subject matter
British printmaking during the Regency period included a healthy dose of satire and several artists, including Thomas Rowlandson and brothers George and Isaac Robert Cruikshank applied their wit to observing the social scene around them. Parodying and underscoring the excesses—“Monstrosities”—of high fashion though the device of a blustery day, Cruikshank exaggerates the broad brimmed millinery of both women and small children who are effectively rendered unidentifiable thanks to the overly generous proportions of their hats. Absurdly pinched waists of the fashionable young women are contrasted with the large woman at left who is shown with ribbons flying in the wind.

Physical Description
Fashionable figures promenading on a windy day are arrayed in a shallow, congested space across the image field. The blustery wind accents the wind-whipped broad straw hats, ribbons, and skirts of the women, rendering some of them faceless. Three children at the lower left appear as mushrooms while the woman in white behind them has an improbably pinched waistline.