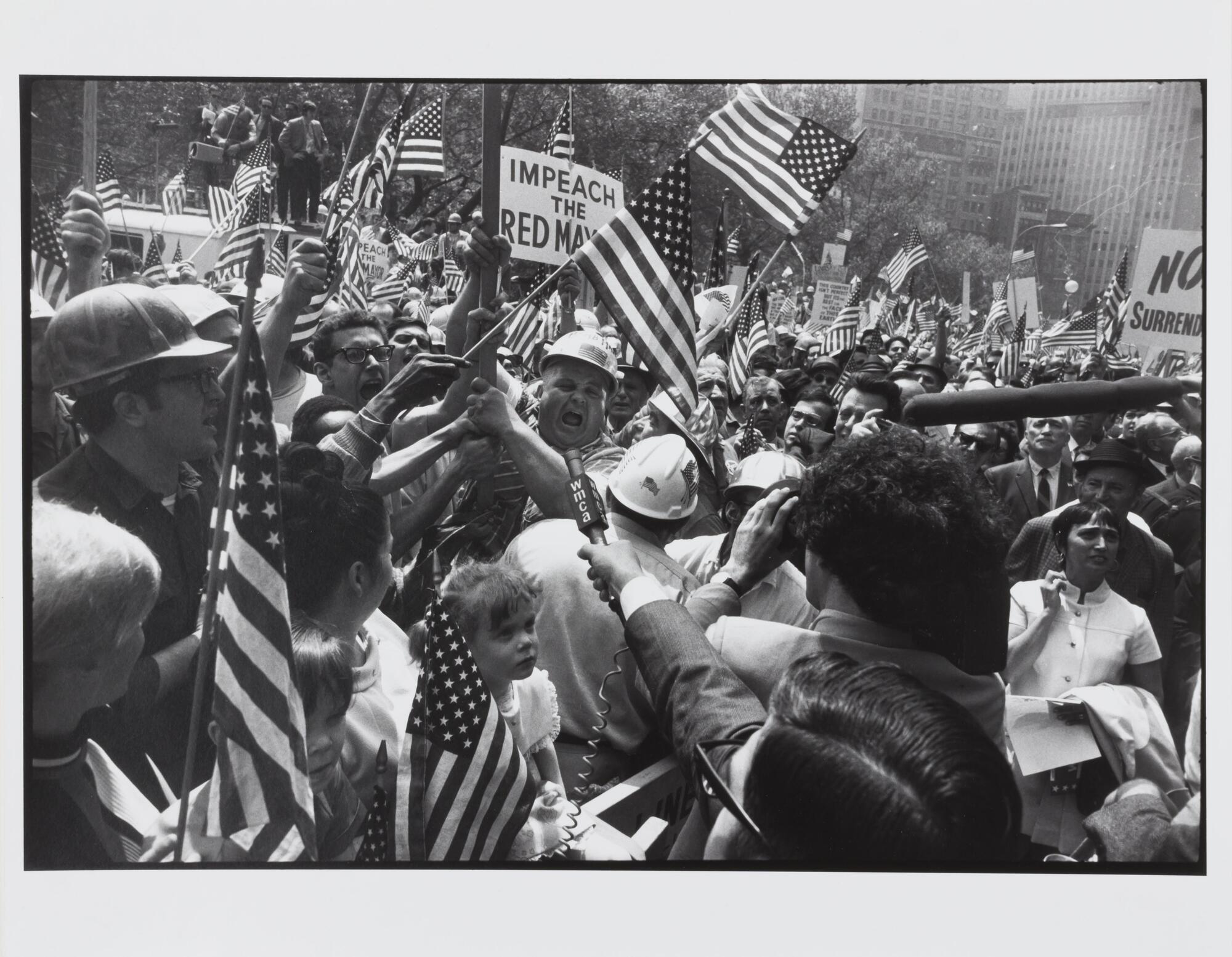 Subject matter
This photograph depicts a scene at a crowded political demonstration in New York City. In the center of the composition, amidst a mass of bodies, a middle-aged man in a hardhat yells into a microphone extended forward by a reporter. The man’s hands grip a pole along with the hands of several other men. A flurry of American flags borne by the crowd wave throughout the scene, along with signs that read, “Impeach the Red Mayor” and “No Surrender”. Beneath the yelling man stands a little girl in a dress, her eyes looking to the reporter’s extended hand. This photograph was created on the day known as the “hardhat riot,” in which a group of pro-Vietnam War construction workers assaulted a large gathering of youthful peace protesters. The heated confrontation happened in the aftermath of the tragic Kent State massacre, in which the Ohio National Guard opened fire into a crowd of unarmed college students who were protesting US military action in South East Asia. The diagonal movement of the waving flags, the writhing crowd, and visible passion and anger of the demonstrators encapsulates the contentious and turbulent atmosphere of the time.

Physical Description
This photograph depicts a scene at a crowded political demonstration in a city. The crowd is waving flags and signs, and a reporter is extending a microphone to a yelling man wearing a construction hardhat.